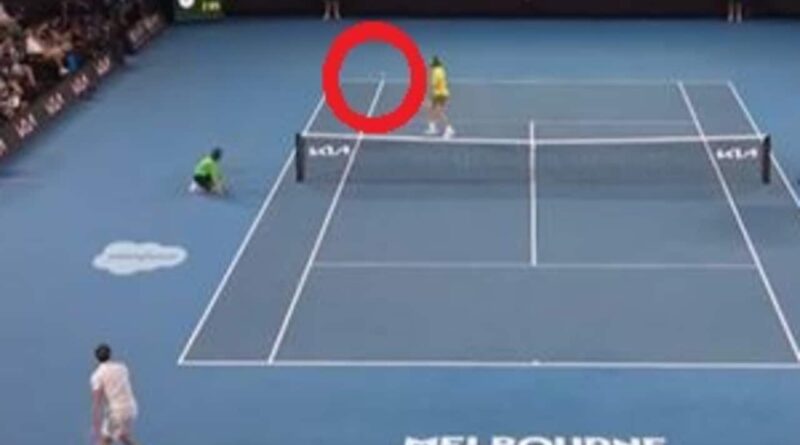 Daniil Medvedev oozed class all night but he saved his best for last.

Having raced through the opening two sets of his Australian Open semi-final against Stefanos Tsitsipas, the Russian ran into a couple of speed bumps midway through the third before a moment of magic sealed the deal.

Locked at 5-5, Medvedev played the shot of his life on a break point for the crucial go-ahead game that then allowed him to serve out the match for a 6-4 6-2 7-5 victory.

Tsitsipas dragged Medvedev out wide with a serve to the forehand wing, which the world No. 4 returned to the centre of the court. Opening his stance, Tsitsipas hit an inside-out forehand into the backhand corner that looked for all money like it would be too tricky for Medvedev to handle.

But he proved everyone wrong.

The 25-year-old showed incredible court coverage to not just get to the ball, but pull off an outlandish backhand passing winner down the line.

The ball was almost behind him as he made contact, sliding with his left leg to give himself a chance at making a return. Tsitsipas had closed in on the net, expecting either an easy volley or for the ball to go wide.

He — and everyone else watching — could barely believe their eyes as Medvedev did the unthinkable.

CHECK OUT THE INCREDIBLE SHOT IN THE VIDEO PLAYER ABOVE

Medvedev’s reaction was as good as the shot itself. He raised both arms and revved up the pro-Tsitsipas crowd — which booed him at different stages during the match — with some double finger guns.

“They were mostly for him,” Medvedev said of his reaction. “That was the moment I won the match … of course you have to serve after, but that was an important moment.

“I wanted them (the crowd) to recognise me, I would say, because the shot was unbelievable — I would say one of my best shots in my career.

“My legs were facing the other way in the court because I didn’t have time, so I have no idea how I made this, and I was really happy about it.”

The tennis world lost it over the incredible shot.

Journalist George Bellshaw wrote: “Oh my word that pass down the line from Daniil Medvedev. Up there for shot of the tournament, that.

Former British tennis star Anne Keothavong was also in awe. “That was a joke of a passing shot from Medvedev!!” she wrote.

WTA insider Courtney Nguyen was watching a delayed feed and had high hopes when she saw her Twitter timeline explode, but Medvedev’s backhand even surpassed her expectations.

“I was totally prepare to see something amazing,” she said. “And it was more amazing than I expected.”

As good as it gets from Daniil Medvedev.Source:Getty Images