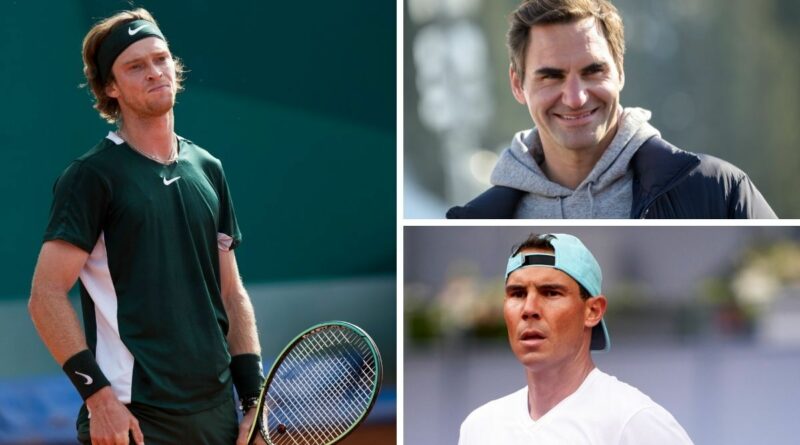 World No. 8 Andrey Rublev ‘does not know’ why iconic duo Roger Federer and Rafael Nadal are yet to condemn Wimbledon’s decision to ban Russian and Belarusian players from competing at The Championships the summer. The Russian star, who defeated Novak Djokovic to win the Serbia Open last week, was asked why the World No. 1 was the only member of tennis’ ‘Big Three’ to speak out against the ban.

Sports stars from Russia and Belarus continue to face uncertain futures after Vladimir Putin’s widely-condemned military assault on neighbouring Ukraine back in February. Millions have fled the country, and the European response has spilled over into the sporting arena on various fronts.

Last week, Wimbledon officials announced such players will be barred from taking part in the prestigious tournament, which begins in June. It means the likes of US Open champion Daniil Medvedev, World No. 4 Aryna Sabalenka and World No. 8 Rublev will not be playing the grass-court Grand Slam.

As it stands, Nadal and Federer have remained silent on the matter while Djokovic voiced his disappointment in the decision. This comes after Ukrainian former tennis player Sergiy Stakhovsky revealed the Serb had reached out to support him, but Nadal and Federer did not – and Rublev doesn’t understand why the legends remain quiet over such subjects.

“Honestly, I don’t know,” the 24-year-old told Championat. “It’s probably better to ask them that question.

“Is it because of the image or do they have a different opinion? I don’t know.”

Russia and Belarus were booted out of the Davis Cup and Billie Jean King Cup team tournaments following the invasion of Ukraine, although players were allowed to continue playing individually as neutral athletes. Wimbledon instead opted to fully ban the players, which received widespread condemnation.

Rublev has criticised the Lawn Tennis Association’s decision to ban Russian and Belarusians from competing, labelling the move as ‘discrimination’. He added: “The reasons they (Wimbledon) gave us had no sense, they were illogical.

“What is happening now is complete discrimination against us. Banning Russian or Belarusian players….will not change anything.

“To give all the prize money to humanitarian help, to the families who are suffering, to the kids who are suffering, I think that would do something, at least a bit. Tennis will, in that case, be the first and only sport who donates that amount of money and it will be Wimbledon so they will take all the glory.”

The LTA have also moved to prevent players from the two nations from playing in British events preceding the SW19 Grand Slam, including Queen’s, Birmingham and Eastbourne. Wimbledon could even face legal action from the Belarusian Tennis Federation over their stance while the ATP declared the tournament’s sanctions are ‘unfair’, suggesting the players should be allowed to play but not under the flag of their nations.

Djokovic joined a number of leading figures in tennis to hit out at the decision to ban Russian and Belarusian players. The World No. 1 – who will be allowed to play despite his unvaccinated status – labelled the tournament’s decision ‘crazy’ while 18-time Grand Slam champion Martina Navratilova believes the sanction was ‘the wrong decision’. 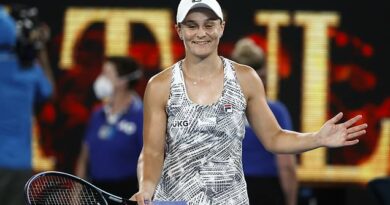 Does Nadal's lack of indoor success make a difference in GOAT race?