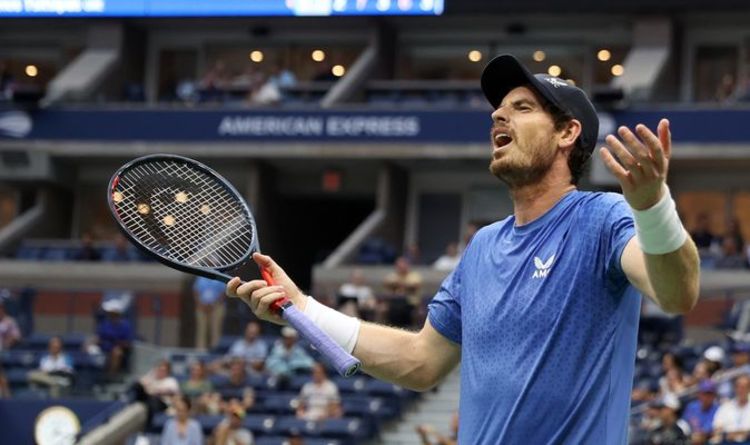 A renowned tennis coach has weighed in on the controversy surrounding the Andy Murray and Stefanos Tsitsipas US Open first-round match. The Brit accused the third seed of “cheating” when he took a prolonged bathroom break at the conclusion of the fourth set, and later admitted he “lost respect” for his opponent. Now, Brad Gilbert has had his say and slammed the existing rules that allowed the Greek to leave the court for an extended period of time.

Murray was furious following his five-set loss to Tsitsipas, after accusing the world No.3 of “cheating”.

The 2012 US Open champion started strong, leading by a set and later finding himself two-sets-to-one up on the Greek.

He became frustrated when Tsitsipas then took a lengthy bathroom break after dropping the fourth set to the third seed, involving both the chair umpire and ATP Supervisor Gerry Armstrong in a discussion while waiting for his opponent to return to the court.

Murray continued making comments towards Armstrong throughout the fifth set, ultimately losing the match after being broken in the first game of the final set, which proved to be crucial.

JUST IN: Brits endure horror day at US Open as FIVE players exit on day one

Following the match, Murray said something needed to be done about the rule allowing players unlimited time on their bathroom breaks, and admitted he had “lost respect” for the 23-year-old.

He has now received backing from well-respected tennis coach and commentator, Brad Gilbert, who also conducted the on-court interview with Tsitsipas following the match.

Gilbert, who coached the likes of Andre Agassi, Andy Roddick and even briefly Murray, said he also “hated” the rule.

Taking to Twitter during the match, he wrote: “I absolutely hate the rule on change of gear that there is no time limit set, no way should you be allowed more then 5 mins to play the next point it stretches well past 10 mins to often”.

Players are currently limited in the number of bathroom breaks they can take each match, but not on how long those breaks can last.

Only one break is permitted in a best-of-three match, with two breaks in a best-of-five, though Tsitsipas also caused controversy in Cincinnati recently as he argued with the umpire when being denied the chance to take a second toilet break during his three-set loss to Alexander Zverev.

Murray himself admitted that he and his team had prepared for the possibility of the Greek taking an extended off-court break, given his previous reputation for doing so.

Speaking after the match, the former world No.1 said: “It’s not so much leaving the court. It’s the amount of time. I spoke to my team before the match about it and said to expect that, prepare for it if things were not going his way. So I was trying to do that.”

Meanwhile, the third seed in New York defended himself and insisted he played by the rules.

“I don’t think I broke any rules. I played by the guidelines, how everything is,” Tsitsipas said, speaking in his post-match press conference.

“Yeah, definitely something for both of us to kind of chat about and make sure. I don’t know how my opponent feels when I’m out there playing the match. It’s not really my priority.

“As far as I’m playing by the rules and sticking to what the ATP says is fair, then the rest is fine. I have nothing against him. Absolutely nothing.” 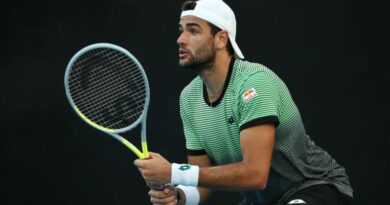