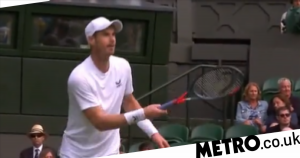 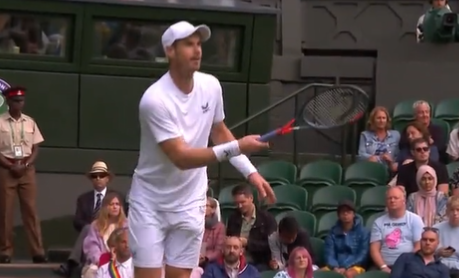 Andy Murray threw in an underarm serve as he overcame a stiff examination of his form and fitness to get his Wimbledon campaign up and running.

The former world number one faced a race against time to recover from an abdominal strain he suffered a fortnight ago in time to play at SW19.

The injury did not seem to be an issue but the match sharpness probably was after Murray was broken twice on his way to dropping the first set against unseeded Australian James Duckworth.

The tactic is a controversial one but Murray insists underarm is not underhand.

‘I personally have no issue with players using it. I never have,’ he added. ‘Certainly more and more players have started returning from further behind the baseline now to give themselves an advantage to return.

‘No one says it’s disrespectful for someone to return from five or six metres behind the baseline to try to get an advantage.

‘So I used it, not to be disrespectful to him, but to say ‘if you’re going to step further back to return the serve to give yourself more time, then I’m going to exploit that’.’

‘Obviously I’m getting on a bit now,’ Murray said on court after the match ahead of a second-round meeting with big-serving American 20th seed John Isner.

‘So I don’t know how many more opportunities I’ll get to play on this court so I want to make the most of every time I get to come out here.

‘Hopefully I’ll get another match on here in a couple of days.’ 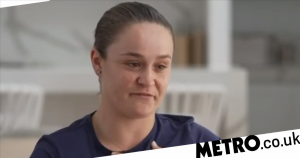