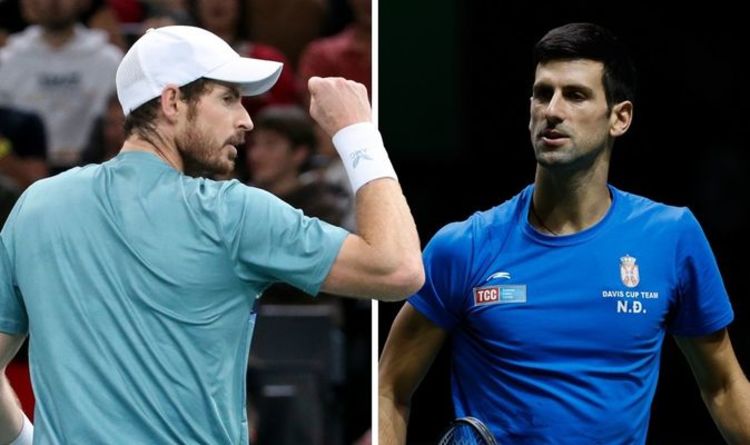 Andy Murray has given his opinion on Novak Djokovic’s vaccine stance in light of the news that the world number one is on the entry list for next month’s Australian Open. Rules from local government officials which state players must have had the jab if they want to compete in Melbourne had previously seen much doubt surrounding his participation.

Djokovic’s repeated assertions that he does not want to publicly reveal his vaccination status had raised questions over whether or not he would defend his title in Melbourne.

He had told reporters on several occasions that he sees it as a private medical matter and not something he wanted out in the open.

That had caused some to suspect that he had not had the jab and was looking to avoid any public grilling that might come his way as a result.

However, his inclusion on the entry list for the first Grand Slam of 2022 has changed the state of play once again, even though Djokovic is remaining tight-lipped over whether or not he has been vaccinated.

Murray says he would like to see the Serbian play Down Under next month as he wants the men’s field to be as strong as possible.

JUST IN: Emma Raducanu’s ‘best memories’ as she reflects on breakthrough year

And he believes the fact that Djokovic’s name is on the entry list suggests he has had the vaccine and will be able to prove that to event organisers.

“I don’t know what the situation is with Novak,” the Scot told The Press and Journal. “The latest I saw was that he was on the entry list, and I assume he’s playing and has been vaccinated.

“But we were told they were the rules – if you want to play, you have to be vaccinated – so I’m assuming that’s what’s happened.

“Ultimately, you want all of the best players to be playing in the biggest events. It’s what makes the events more interesting and he’s also going to try to win and break the record, winning a 21st Slam.

“His record there is phenomenal, so hopefully he’ll be there.”

Murray was speaking as he looks to get back into the swing of things following a couple of weeks off at the end of the 2021 season.

After two years disrupted significantly by injury, he was able to take part in eight straight tournaments at the end of this year.

That run included a couple of wins at the Indian Wells Masters before being knocked out by world number four Alexander Zverev, and a run to the quarter-finals at the Stockholm Open where he was beaten by eventual champion Tommy Paul. Murray recorded top-10 wins over Hubert Hurkacz and Jannik Sinner in Vienna and Stockholm respectively to underline his comeback hopes.

He has been doing some pre-season work at the All-England Club in Wimbledon, and has jetted off to Abu Dhabi for an exhibition tournament which will also feature Emma Raducanu.

And when he returns, he will represent Team Scotland in Aberdeen for the Battle of the Brits competition in the week before Christmas.

He will be joined by brother Jamie and British number one Cameron Norrie in facing off against an England team which the Scot says is about on par with his side.

“In terms of the number one players on each team, Cam has a very good record against Dan Evans recently, I’ve never played against Jack Draper before, and the doubles is obviously tight,” he added.

“England have got a good doubles team. Joe Salisbury has been one of the best doubles players in the world this year and won the US Open doubles, beating Jamie in the final. He’s done really well.

“It should be pretty tight in terms of the scorelines and stuff and the matches, which is obviously what we want.

“And there will obviously be a lot of chat, trash talk and stuff in comparison to what you’d see on the main Tour, as everyone on the teams are pretty good friends and pretty close, but also very competitive.

“It should be good fun in that respect.” 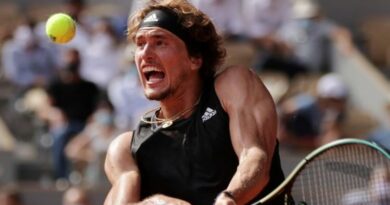 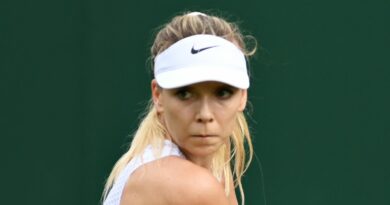 Wimbledon 2021: Katie Boulter into second round to face Aryna Sabalenka as Petra Kvitova bows out