Andy Murray survived two tight and attritional sets against compatriot Cameron Norrie before eventually breaking him down to power into the quarter final of the China Open.

In another display of impressive physical resolve Murray won their all-British second round in Beijing 7-6, 6-7, 6-1 in two hours and 52 minutes.

It is the first time the former world No 1 has won two straight ATP Tour singles matches since hip resurfacing surgery in January. 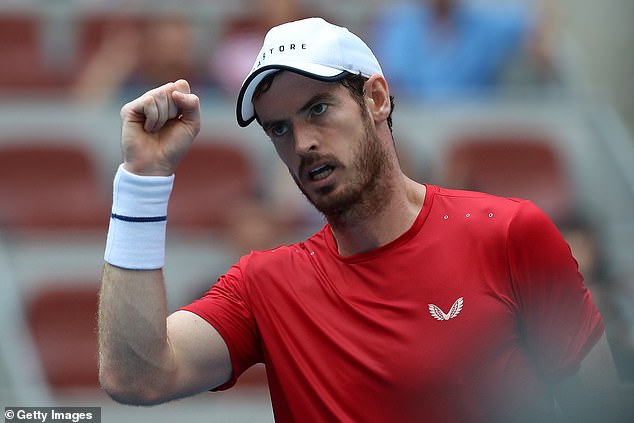 Murray will now play the winner of the match between top seed Dominic Thiem and China’s Zhizhen Zhang.

The 32-year-old served for the first set at 5-3, but Norrie forced a tiebreak and saved three set points before eventually serving a double fault to hand Murray the opener.

The Scot looked physically exhausted when 5-2 down in the second set, blowing hard and constantly chuntering to his support bench, but Norrie became nervous and let it stretch to a tiebreak, which he took 7-4. 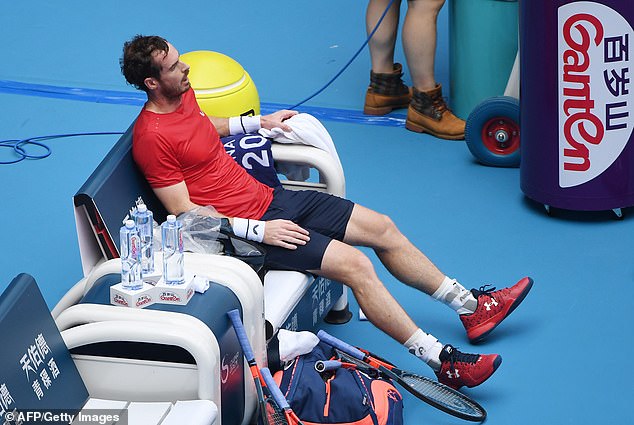 He then served another double fault to be broken early in the decider and fell away, allowing the three time Grand Slam winner to show his class and charge his way through to the next round.

‘I tried to shorten the points in they second and third set,’ admitted Murray. ‘ When we were playing the long rallies he was getting the better of them, I was getting tired.

‘Me and Cam practised three or four times back home before we came to Asia and he was getting the better of me. The first set we were both quite nervous. It’s always tricky playing someone you know quite well.

‘I have tomorrow off so I get a days rest.’ 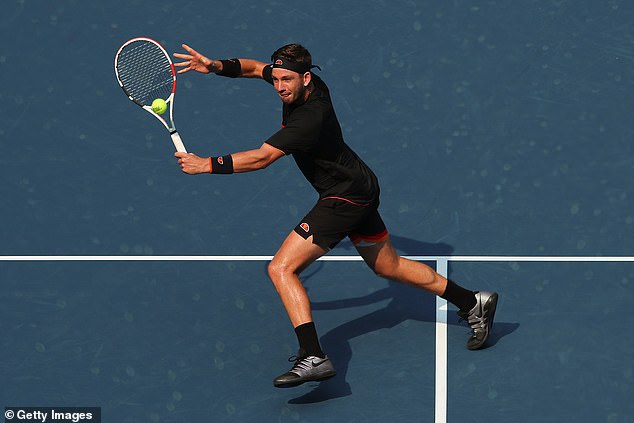 Norrie made Murray work for the win, taking the second set before falling away in the decider 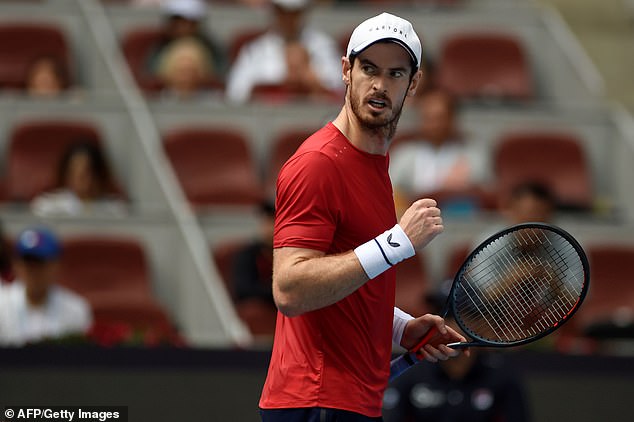