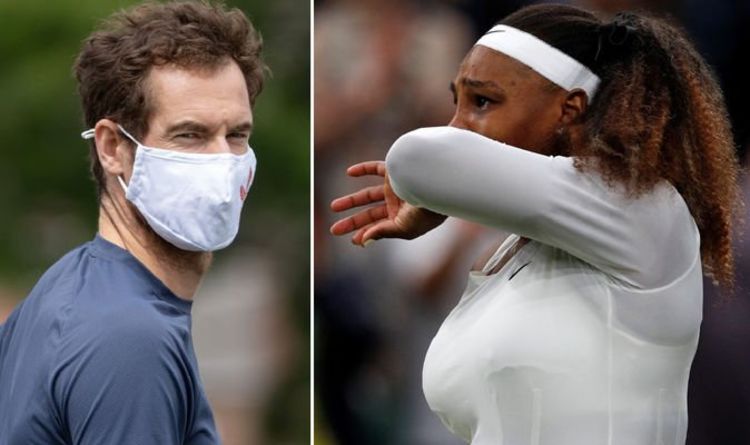 Andy Murray expressed sympathy for Serena Williams and hit out at the state of Wimbledon’s Centre Court surface as the American icon followed Adrian Mannarino in having to retire due to injury on Tuesday. Serena suffered an ankle problem after a slip behind the baseline while Mannarino was unable to put weight on his right leg after a fall.

Aliaksandra Sasnovich was gifted a walkover against 23-time Grand Slam winner Serena with the score at 3-3 in the first set.

And that came after Mannarino, the opponent of Roger Federer, was forced to give the Swiss legend a walkover win just an hour earlier.

Both Mannarino and Serena had to withdraw after suffering falls on the same side of the court. 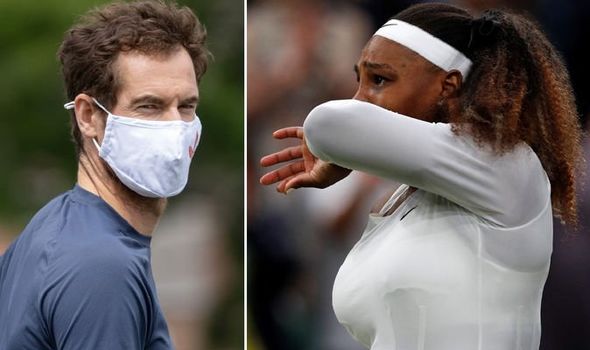 The Frenchman’s eventual withdrawal was due to a knee issue while Williams’ retirement came after she turned her ankle.

And two-time Wimbledon champion Murray said on Twitter after Serena was forced to quit: “Brutal for @serenawilliams but centre court is extremely slippy out there. Not easy to move out there.”

Murray was frustrated with the same slippy baseline conditions the previous night in his thrilling first round victory over Georgian Nikoloz Basilashvili.

Both Mannarino and Williams sought to play on through the pain against Federer and Sasnovich respectively but could not do so, with the latter reduced to tears.

That meant the second day of play at SW19 saw back-to-back matches on the main court halted and then ended early by injury. 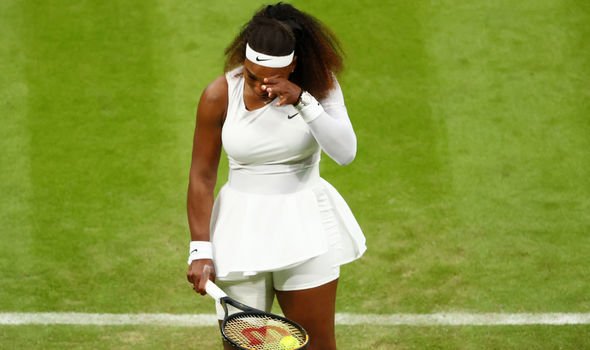 Williams, 39, is still looking to draw level with Margaret Court on an all-time record 24 Slams having last won a major at the Australian Open in 2017.

The sixth seed returned to court after a medical timeout with heavy strapping to both ankles and her right thigh but was too badly hampered by the damage she had done.

“I’m so sad for Serena. She is a great champion,” said Sasnovich. “It happens sometimes in tennis, but all the best to her.”

Federer meanwhile reflected of Mannarino: “It’s awful. It shows that one shot can change the outcome of a match, a season, a career. I wish him all the best and I hope he recovers soon.

“He could have won the match, he was the better player, so I got a bit lucky. 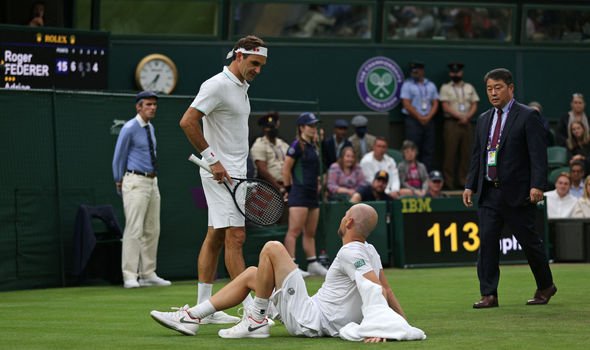 “You don’t get many walkovers throughout a career. I’m obviously happy I can get another chance for a match here.

“I worked very hard and I enjoyed myself out here until the end.”

Federer added of the conditions and reflected on Serena’s early exit: “It feels a tad more slippery maybe under the roof. I don’t know if it’s just a gut feeling. You do have to move very, very carefully out there.

“If you push too hard in the wrong moments, you do go down. I feel for a lot of players, it’s super key to get through those first two rounds because the grass is more slippery, it is more soft.