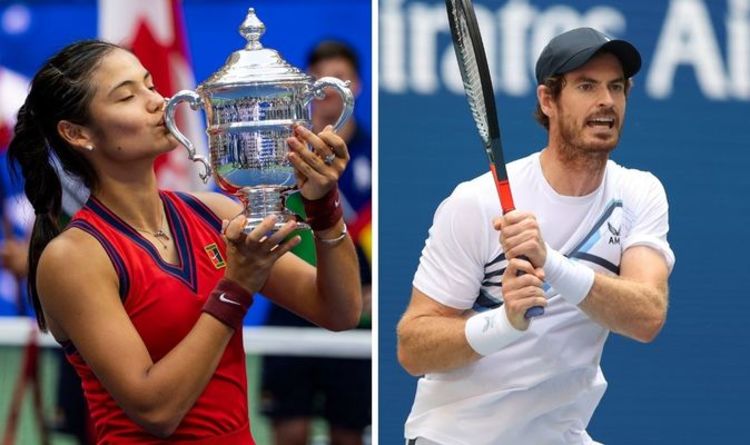 Emma Raducanu has received tons of praise for her historic US Open win, from the likes of the Queen all the way to fellow tennis champions like Novak Djokovic. The 18-year-old became the first qualifier in history to win a Major title, and the first player to win the title in their second-ever appearance at Grand Slam level. Raducanu has now been regarded as something of a successor to Andy Murray’s British tennis legacy, and the man himself has finally spoken out to applaud the teenager on her achievements.

Murray hailed Raducanu’s win as “incredible” after the teenager failed to drop a set through three rounds of qualifying and seven main-draw matches to win her first-ever title at the US Open.

She became the first British woman since Virginia Wade to win a Major title in 44 years, and the first in 53 years to win the US Open, and has sparked tennis-frenzy back home in the UK, something Murray is excited about.

“It was incredible what she did there,” the former world No 1 said, when asked about the Bromley teenager a press conference after his Rennes Open first-round victory over Yannick Maden.

The 2012 US Open champion also admitted that most people in British tennis knew of Raducanu’s talent before her historic triumph in Flushing Meadows.

JUST IN: Emma Raducanu ‘set for James Bond premiere’ after US Open win

Murray continued: “I think for a lot of the people involved in British tennis, we knew she was extremely good.

“She hadn’t competed much for the last sort of 18 months or so with school and coronavirus and those sorts of things, but I think at Wimbledon [where Raducanu reached the fourth round] everyone sort of got a bit of a glimpse of how good she could be.”

The three-time Grand Slam champion often trains at the LTA’s National Tennis Centre in Roehampton, where Raducanu also does much of her practice.

Having shared the court with the 18-year-old and seen her around the Centre, Murray praised her level, adding: “I’ve spent a little bit of time around her on the practice court, but more so in the same building, training close to each other, and watching what she’s doing, and she’s obviously really, really good.”

The 34-year-old also hoped that organising bodies like the LTA would be able to make the most of the “huge boost” she had given British tennis, and get more kids interested in playing.

Andy and his brother Jamie Murray had previously been critical of the British governing body of tennis for failing to capitalise on the popularity of tennis generated by his own successes.

Speaking back in 2015 when Great Britain won the Davis Cup, recent US Open men’s doubles runner-up Jamie said: “Andy has done such amazing things in his career and for tennis in this country.

“And now we have won the Davis Cup, we have got a good chance to make the most of it. But unfortunately, it does not seem that it is happening.”

And Andy admitted he hoped that things would be different now after Raducanu’s US Open triumph.

LTA chief executive Scott Lloyd told the BBC that 40 per cent of park courts are “in poor or unplayable condition”.

“Our vision for the LTA is to open up tennis and to do that we need to ensure that the public facilities available for anyone to play on are there,” Lloyd said.

“We have invested £8.5million into local authorities to start the journey of putting them back into long-term sustainable use.

“But we’re also very keen to work with Government to ensure we can finish that job and we think that’s about another £15-20million worth of funding that could see 1,800 tennis courts in parks come back into use.” 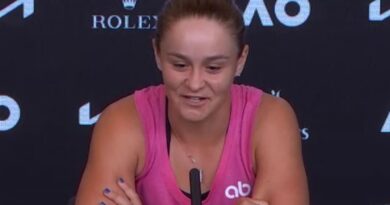 Sneaky signs Ash Barty is trolling us all … again