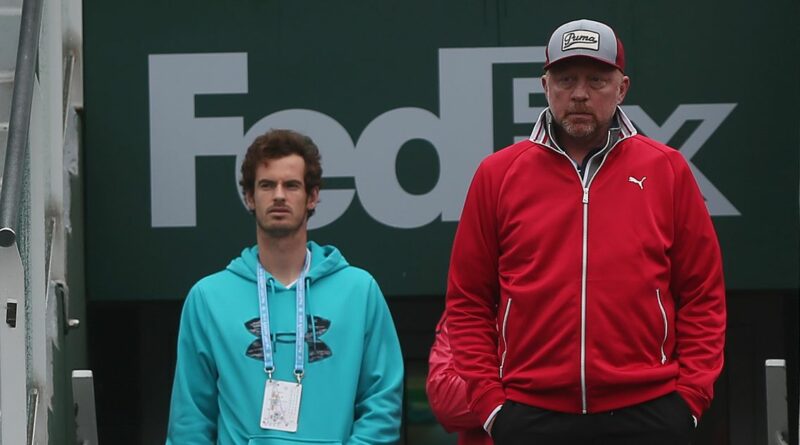 Andy Murray told Boris Becker he didn't deserve any special treatment as he said he felt no emotion upon hearing the German had been handed a prison sentence.

Becker was jailed for two-and-a-half years at Southwark Crown Court on Friday after he was charged with four offences under the Insolvency Act in April. Becker will spend half of his sentence behind bars.

Murray said: "I didn't really feel particularly emotional about it. He broke the law and if you do that, I don't think you should get special treatment because of who you are or what you've achieved. Again, I feel sorry that he's in that situation, but I also feel sorry for the people that he's affected with his decisions as well and what's happened to them. I hope he's okay and that he learns from his mistakes. But I didn't have a particular emotion about it.”

Murray's old rival Novak Djokovic, who was coached by Becker between 2014 and 2016 – a period which brought about rich success in the Serb's career – however, said he was "heartbroken" by the news.

Djokovic said: “I am just heartbroken for him. He's a friend, long-time friend, a coach for three, four years, someone I consider close in my life and has contributed a lot to my success in my career.

“I was just heartbroken. I don't know what to say more than that. I'm not going to get into details of the verdict, because I'm not in a position to do that, but as his friend, I'm super sad for him. It's not much that you can say.

“I just hope he will go through this period that he has to be in jail and that when he comes out he's, you know, being able to live his life as, I don't know if we'll use the word 'normal', because the life is definitely changing, I mean, for anybody going to prison, especially for that long of a time.

“So I don't know how things will turn out for him. I just pray for him. I hope things will be well in terms of his health, his mental health, because that's going to be the most challenging part.”

Djokovic won six of the 12 Grand Slam singles titles on offer during his time being coached by Becker, who is currently incarcerated at the Category B Wandsworth Prison. The 54-year-old is set to be moved to a lower-security Category C prison in the coming days.

Roger Federer loses his cool during defeat to Kei Nishikori