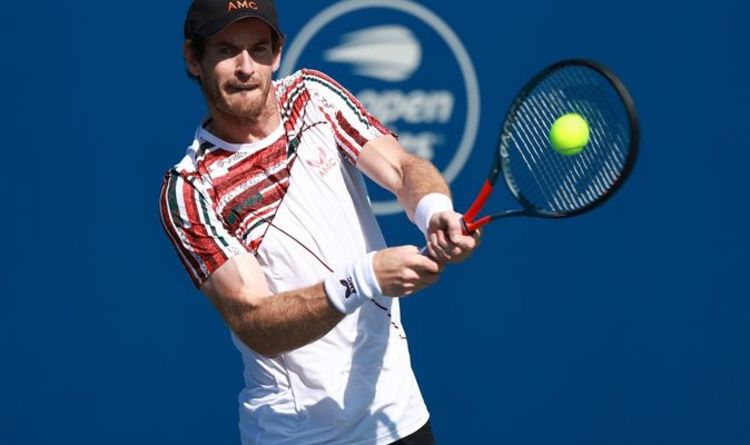 Andy Murray was left fuming after his gruelling five-set loss to Stefanos Tsitsipas in the opening round of the US Open. Tsitsipas won 2-6, 7-6 (9-7), 3-6, 6-3, 6-4 but Murray played superbly, reminding fans why he is a former world number one and multiple grand slam champion.

But the 34-year-old was upset with his Greek opponent, who took several comfort breaks as well as a medical timeout during their match which lasted over four-and-a-half hours.

Murray could be heard speaking to the chair umpire during their encounter and complaining about the length of time Tsitsipas was off the court.

In the post-match press conference, the 2012 US Open champion gave an honest but brutal assessment of how he felt about the world number three’s actions.

“It’s not so much leaving the court. It’s the amount of time, it’s nonsense and he knows it,” Murray fumed. “That’s annoying for me because it sounds like sour grapes because you’ve lost a match.

JUST IN: Andy Murray vs Stefanos Tsitsipas RECAP: Brit accuses No 3 of ‘cheating’ in five-set loss

“I would have said the same thing if I’d won, I promise.”

He continued: “It’s just disappointing because I feel it influenced the outcome of the match.

“I’m not saying I necessarily win that match, for sure, but it had an influence on what was happening after those breaks.”

In response, Tsitsipas said he hopes he and Murray can have a conversation and clear the air following their eventful matchup inside Arthur Ashe Stadium.

“If there’s something that he has to tell me, we should speak the two of us to kind of understand what went wrong,” the 2019 ATP Tour Finals champion said.

“I don’t think I broke any rules. I played by the guidelines, how everything is. Yeah, definitely something for both of us to kind of chat about and make sure.

“I don’t know how my opponent feels when I’m out there playing the match. It’s not really my priority.

“I’m playing by the rules and sticking to what the ATP says is fair, then the rest is fine. I have nothing against him. Absolutely nothing.”

The 23-year-old will play France’s Adrian Mannarino in round two.