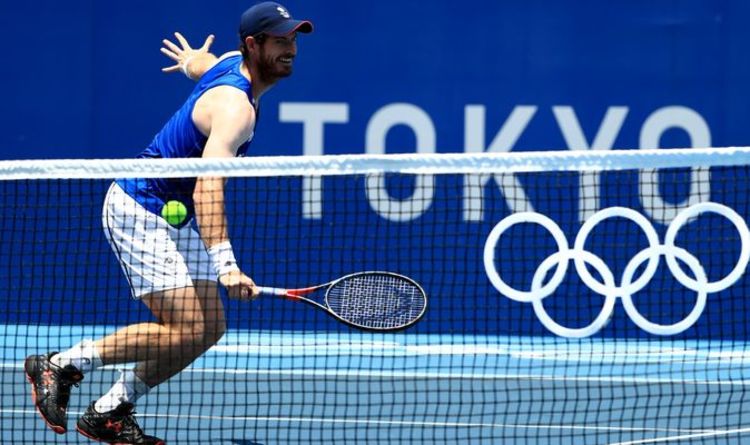 Andy Murray is looking to add to his gold medal collection at the Tokyo Olympics and win the event for the third time in a row. The former world number one walked away triumphant at London 2012 and Rio 2016, and will be looking to do the same when the tennis event gets underway on Saturday (July 24).

Although the three-time Grand Slam champion is going into this year’s postponed Olympics as the defending champion, he’s spent most the last five years since the Rio games hampered by an injury that saw him undergo hip resurfacing surgery in early 2019.

Now ranked 104 in the world, the Brit is a long way away from the top player he was in 2016 last time he claimed the gold medal, and is short on match play compared to when he went into Rio off the back of his second Wimbledon title.

Nonetheless, Murray has said he’s “looking forward to the challenge” of defending his medal, according to Eurosport, and could be helped by a string of withdrawals from top players like Roger Federer and Rafael Nadal.

Ahead of the 2021 event, we look at the defending champion’s past successes and his chances of bringing home the gold once again for Team GB in Tokyo.

JUST IN: Dan Evans pulls out of Tokyo Olympics after positive COVID-19 test

In 2012, Murray came in with pressure on his shoulders to nab some hardware for Team GB not only as the host country but also following an upsetting loss to Federer in the Wimbledon final just weeks before, where he was bidding to be the first British man to win the singles in 76 years.

The tennis event was hosted at the All England Club, where the Scot had just lost his first Wimbledon final, but Murray didn’t let that deter him and started off strong with a first round win over Switzerland’s Stan Wawrinka, who had won the gold medal in doubles four years earlier alongside his compatriot Federer.

Murray breezed past the now three-time Grand Slam champion 6-3 6-3 in the first round, and continued his impressive form throughout the tournament, dropping just one set to Cypriot Marcos Baghdatis in the third round, coming through the match 4-6 6-1 6-4.

He then found himself up against Novak Djokovic in the semi-final, and despite losing to the Serb twice already that season, he came through 7-5 7-5 and found himself in a redemption match in the final, playing Federer exactly four weeks after his crushing defeat at Wimbledon.

Almost as if the devastating Grand Slam match hadn’t happened just 28 days before, Murray exacted his revenge and breezed past the Swiss maestro 6-2 6-1 6-4, to the joy of the home crowd on the All England Club’s Centre Court.

After what he called the “biggest win” of his life, according to Eurosport, the gold medallist kept up the top form and won his first Grand Slam title shortly after at the US Open.

While London 2012 marked the start of something special for the former world number one – his first gold, his first Grand Slam, and a year later his first Wimbledon title – Rio 2016 marked Murray at the height of his career.

He had led Britain to Davis Cup glory at the end of 2015, in 2016 made the finals of both the Australian Open and the French Open, losing to Djokovic both times, and had just won his second Wimbledon with an impressive victory over Canadian Milos Raonic.

Murray came in as the second seed and started his gold medal defence with a 6-3 6-2 win over Viktor Troicki but later struggled more than he had in London.

He dropped sets to Fabio Fognini and Steve Johnson during his third round and quarterfinal matches but found his form again, toppling eventual bronze medallist Kei Nishikori 6-1 6-4 in the semi-finals.

The final was a raucous affair, with the Brit coming up against Argentinian Juan Martin del Potro and his legions of fans chanting in the crowd.

Despite the roaring crowds and the Argentine’s big-hitting, Murray toughed it out and defended his gold medal in a 7-5 4-6 6-2 7-5 battle that lasted into the early hours of the following day for British supporters watching back home.

After Murray’s impressive 2016 gold medal-winning season, which also saw him secure the world number one ranking for the first time, things have been up-and-down in the champion’s career.

A hip injury saw him halt his season after Wimbledon in 2017, and at the Australian Open in 2019 he teared up as he announced he would be retiring as his body couldn’t carry on.

Just weeks after the emotional press conference, he underwent hip resurfacing surgery and later came back at the Queen’s Club that summer, picking up the doubles title alongside Feliciano Lopez with a metal joint now in his hip.

Since winning the singles title in Antwerp later in 2019, not only has the gold medallist been hampered by ongoing niggling injuries but the coronavirus pandemic saw the ATP Tour come to a halt for most of 2020, meaning the former world number one has barely played.

This season has seen him forced to miss the Australian Open after testing positive for Covid, while he also missed the Dubai Duty Free Tennis Championships after his wife Kim Sears gave birth to the couple’s fourth child.

Despite the stop-start Murray has experienced as of late, he showed he’s still a force to be reckoned with at Wimbledon after impressive wins over 24th seed Nikoloz Basilashvili and a five-set comeback against Oscar Otte.

He fell to eventual semi-finalist and 10th seed Denis Shapovalov in the third round and, although he took the loss hard at the time, the Brit has since said he can take the positive from his week at the Championships, ahead of the Olympics.

If his form at the All England Club is anything to go off, he can trouble anyone in the draw, and will be helped further by the high-profile withdrawals of the tournament meaning some of the favourites are no longer in contention.

Who knows, maybe at the end of the week Murray will round off the rollercoaster five years exactly where he started them in 2016 – with a gold medal around his neck. 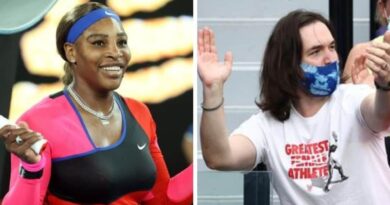