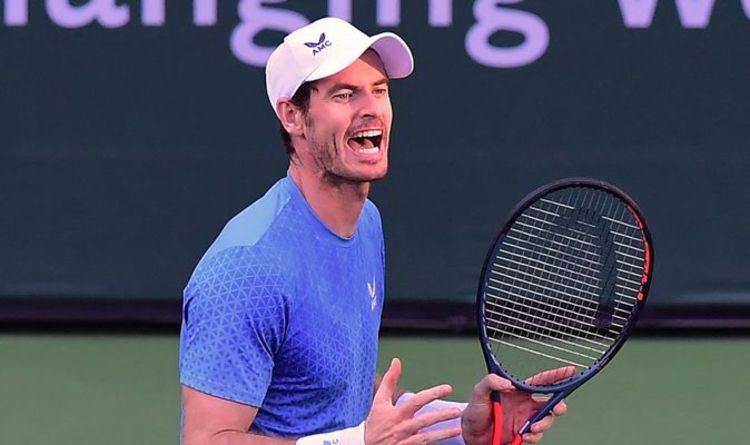 Andy Murray expressed his frustration following his defeat to Alexander Zverev in the second round of Indian Wells, after taking to Twitter to share an X-rated message.

Murray fell to defeat in the early hours of Wednesday morning after losing in straight sets to the German world number four, and following his exit gave a one-word tweet to sum up his thoughts, which read: “F***.”

The former British and world No 1 headed into the match on the back of an impressive showing in round one, where he defeated Spaniard Carlos Alcaraz 2-1 despite falling behind in the opening set.

Murray – who has endured a difficult recent spell on the court – was no doubt hoping to transform some of his round one form into his second match, however the German star proved all too much for the Scotsman.

Despite Murray finding himself 3-0 up in the opening set a mounted fight back from Zverev saw him take control, as he went on to win five games in a row before taking the opener 6-4.

The two-time Wimbledon champion again took control in the early stages of the second set, as he sat 5-4 ahead, one game away from levelling things up at 1-1.

However, the German would win two games on the bounce, and the tie breaker to ensure it would be him advancing to the next round to take on Frenchman Gael Monfils in the round of 16.

The final point of the match summed up what a truly superb battle it was between the pair, after both players exchanged a remarkable rally close to the net before Murray overcooked a return to secure Zverev’s match point.

The frustrations were clear to see immediately after, as the Scot tossed his racket to the ground in anger following his final shot.

Following defeat Murray admitted that he felt he did not play well, saying he felt that there was ‘no consistency’ in his performance.

He said: “I don’t think I played well today.There was some good stuff in there, but it was mixed in with bad. There was no consistency.

“I’m disappointed because I want to be winning these matches. I haven’t in the last few months. Yeah, something needs to change.”

Another aspect the Brit feels he needs to improve on to make a move back towards his scintillating best is the mindset that helped him reach the pinnacle of the sport throughout the past decade.

He went on to add: “If you’re not quite feeling your shots that well, are not sure how the ball’s going to come out of your racket sometimes, that’s when there’s a little bit of indecision. You change your mind, and that’s when the mistakes can come.

“I guess it’s a case of getting through some of those matches. Just keep building, and hopefully get back to winning tournaments.” 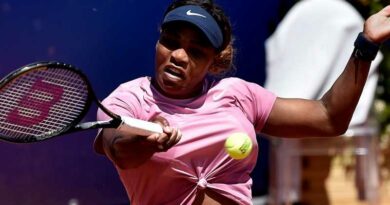