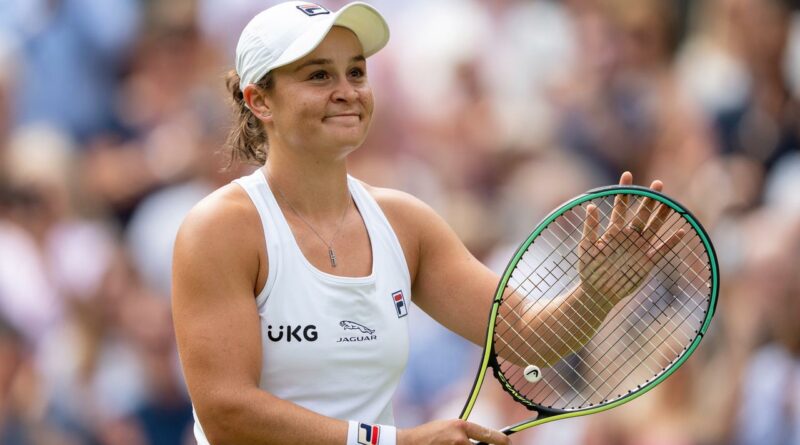 Ash Barty is gearing up for the second grand slam final of her career, and you’d be forgiven for thinking her nerves may be ramping up ahead of the decider.

However, a heartwarming picture would suggest otherwise.

The women’s world No. 1 will take on Karolina Pliskova in the final of the Wimbledon women’s singles at 11pm (AEST), but the thought of that match appears to be a world away for the Queenslander.

Instead, tossing a footy around the court seems to be the main thing on her mind.

She was pictured handballing a ball that looked remarkably similar to a Sherrin with her trademark smile etched on her face.

Barty is well-renowned for being a huge supporter of the Richmond Tigers AFL team, and was even on hand to present their 2020 premiership trophy when they defeated Geelong.

She was pictured in a game at the Gabba last year giving a passionate fist-pump with a beer in hand, showing fans her dedication to the club and sending social media into a spin.

The Richmond support doesn’t end in Australia, either. A fan at Wimbledon was pictured wearing a signed Richmond jersey at one of Barty’s matches.

Barty had never progressed beyond the last 16 at the All England Club before this year, but is two sets away from becoming Australia’s first female Wimbledon champion since fellow Indigenous star Evonne Goolagong Cawley achieved the feat in 1980.

Barty and Pliskova have played each other seven times before, with the Aussie emerging victor on five occasions.

Most recently, Barty defeated the Czech star 2-6 6-1 7-5 in the quarter-finals at Stuttgart earlier this year.

The pair have not faced each other on a grass court since 2016, where the Queenslander clinched a narrow 7-6 7-6 win. 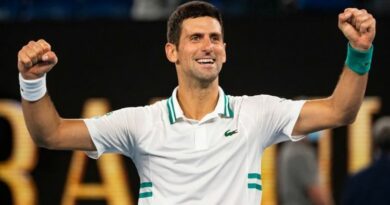