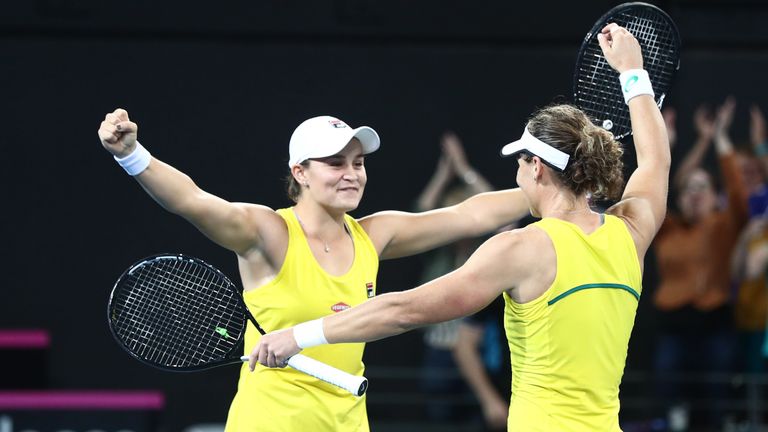 Ashleigh Barty guided Australia to their first Fed Cup final since 1993 with a 3-2 victory over Belarus in Brisbane on Sunday.

Barty, who won both her singles matches in the semi-final tie, and veteran Samantha Stosur beat Victoria Azarenka and Aryna Sabalenka 7-5 3-6 6-2 in the deciding doubles to set up a final against either France or Romania in November.

Australia, who have not won the title since 1974, will host the final against the winner of the second semi-final, which was locked at 1-1 in Rouen.

“It’s super exciting to be in a Fed Cup final,” Stosur said. “We all work so hard all year and we’re such a tight team. We’re going to be giving it our best shot here in November.” 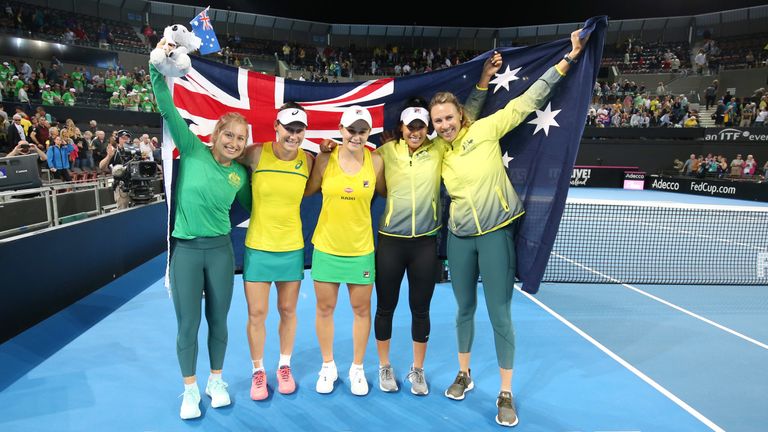 World No 9 Barty had earlier given Australia a 2-1 lead after a superb mixture of tactics, scrambling defence and a powerful service game to beat Sabalenka 6-2 6-2.

It was her second singles win of the tie after she ended Azarenka’s 13-match winning streak in the competition on Saturday and her success came on the back of winning her first WTA Premier level tournament in Miami last month.

Jarring warning for Federer and friends

Cincinnati Masters: Nick Kyrgios ‘p***ed’ Frances Tiafoe off more than ever with one act

England’s Mark Wood is ruled out of Sri Lanka tour with injury
We and our partners use cookies on this site to improve our service, perform analytics, personalize advertising, measure advertising performance, and remember website preferences.Ok