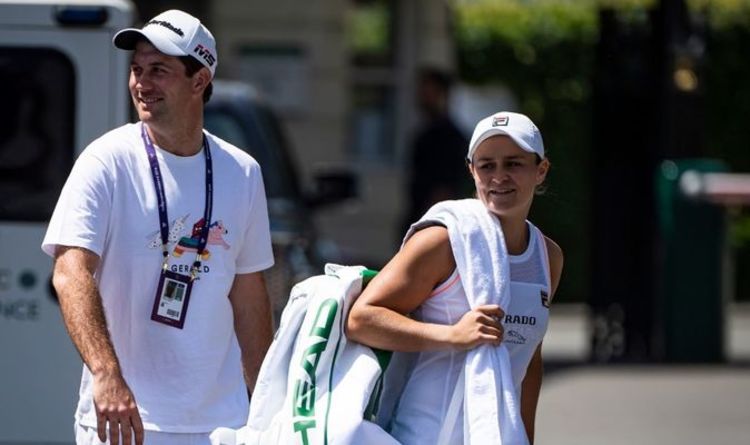 Australian sports star Ashleigh Barty, 25, has had an incredible series of matches at Wimbledon this year. Ms Barty will face Czech tennis player Karolina Pliskova in the Women’s Singles Final this afternoon.

Ms Barty will face her opponent on Centre Court at 2pm today in her bid to win her second singles Grand Slam title.

Ms Barty currently ranks No.1 in the world in the Women’s singles.

Ms Barty was set to go far, she first picked up a racket aged four and went on to win Junior Wimbledon at 15.

Ashleigh Barty has a strong support team and a permanent part of that team is her boyfriend.

Who is Ashleigh Barty partner?

Gary Kissick, 30, is Ms Barty’s partner, she met Mr Kissick in 2016 when he was working at a golf pro shop.

Mr Kissick travels with Ms Barty whilst she competes forming an important part of her support team.

Mr Kissick is a sportsman himself, he is a PGA trainee professional golfer at Brooklands Gold Club in Queensland.

This Australian golfer’s career highlight so far include winning the championship at the Brookwater Golf Club.

He originally met Ms Barty any the Brookwater Gold Club when Ms Barty was playing a round of golf in 2016.

The two have publicly been in a relationship since 2017.

Ms Barty’s support team is clearly important to her success, after her semi-final win on July 8 she said: “All the opportunities I get, I get to do it with the people I love, people who have given so much of their time to help me be the best that I can be.

“We laugh every day, we smile every day through sometimes the heartache but the best moments as well.

“I want to share it with them and being able to lighten the mood is, I think, the most important thing in my day really. Just coming out here and having fun.”

In a recent post-match Wimbledon press conference Ms Ash was unwittingly caught off guard when journalists probed her about her relationship.

Ms Ash replied by smiling and laughed and went on to say: “it was always the plan to have Garry over here for this part of the trip.”

The couple have been living apart for most of 2021 due to the pandemic, as Ms Ash has been largely unable to return to Australia.

The two have reunited in England as Mr Kissick joined Ms Barty’s support team to help her through her matches at Wimbledon. 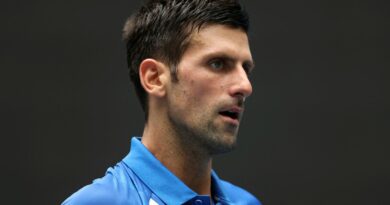 Novak Djokovic is capable of reaching 400 weeks at No 1, says Daniil Medvedev