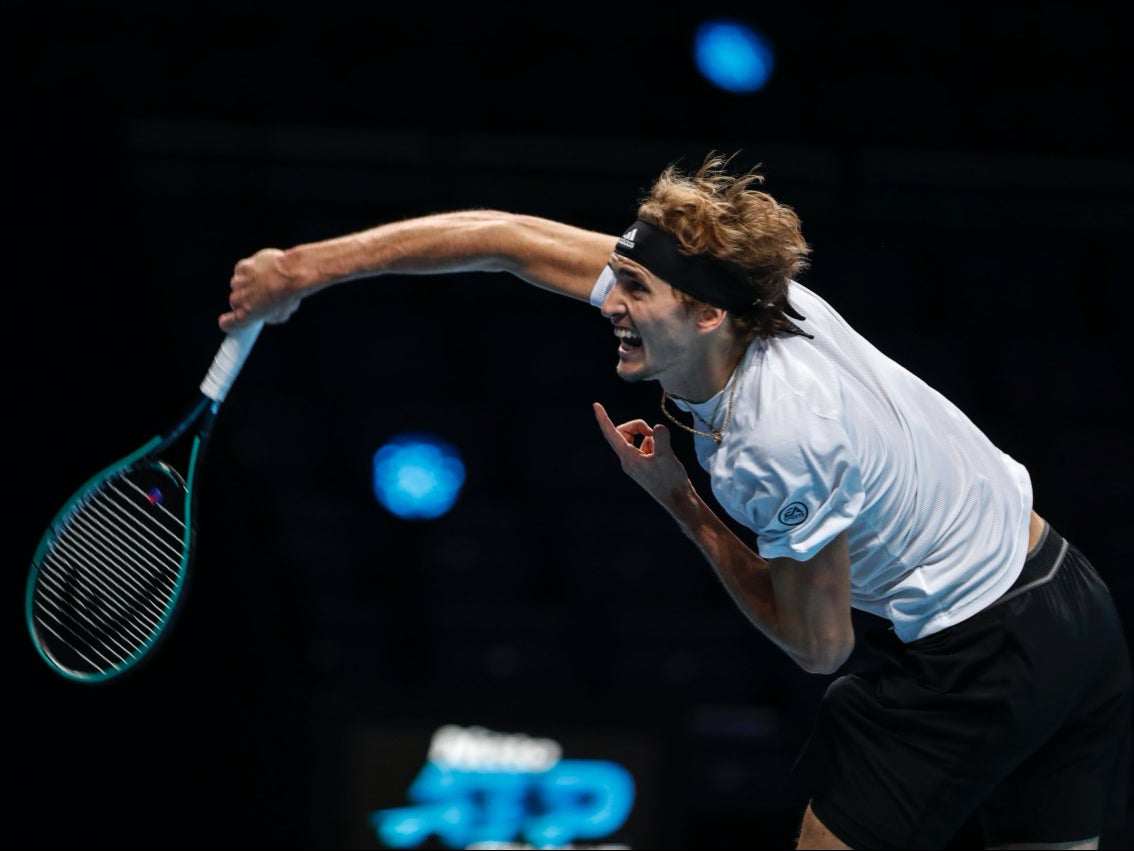 The German was handily beaten by Daniil Medvedev in his opener, while the Argentine, who is making his Finals debut this year, was dispatched with ease by Novak Djokovic. “I need to be better on court,” Zverev said after that defeat. “Because if I play like today, I’m not going to win any matches here this week. Now I can’t afford to lose. I need to beat Diego, I need to beat Djokovic to have a chance to go to the semi-finals. I’m going to try to do that.”

Djokovic plays Medvedev later on Wednesday. In the other group Dominic Thiem beat Rafael Nadal on Tuesday, getting the better of the Spaniard in two tense tie-breakers. Follow all the live updates in this one, with the winner likely to push on and stand a chance of joining Djokovic in progressing from the group.

A nicely constructed point from Schwartzman as he pushes Zverev back and uses the drop shot to make it to 2-1 over the German.

A fantastic rally but Zverev pays the price by backing up instead of approaching the net to make it 30-15 to Schwartzman.

Zverev manages to take the game from 15-0 against him.

Zverev needs to keep focussed and calm at this crucial point in the match. Small frustrations are evident in his game play.

Zverev looks as if he’s just hitting forehands and backhands from the back of the court and waiting for something to happen, letting Schwartzman take the game from 40-15.

Scwartzman is getting  the better of Zverev at this point of the match.

It’s a set to Schwartzman after a great rally.

Zverev hits the ball into the top tier with frustration and is given a warning.

A big turn around that game with Schwartzman dominating with quicker first serves and taking more break points.

It’ll be a heated third set with Schwartzman gradually improving as the match goes on.

Schwartzman takes it 5-4 with Zverev to serve next.

Schwartzman takes it 5-4 with Zverev to serve next.

Schwartzman goes in leading, but Zverev outplays him with ease and gets him back on level terms, taking the game in just 75 seconds.

Schwartzman had a lot of help from his opponent in the last game, but you cannot deny the class from him.

He sets a drop shot opportunity up, a big forehand, and just plays a drop shot over the net to steal a point from a tired Zverev.

From Buenos Aires in Argentina, Schwartzman is ruthless and takes the game to lead over Zverev.

Ole Gunnar Solskjaer insists Man United are finding consistency
We and our partners use cookies on this site to improve our service, perform analytics, personalize advertising, measure advertising performance, and remember website preferences.Ok