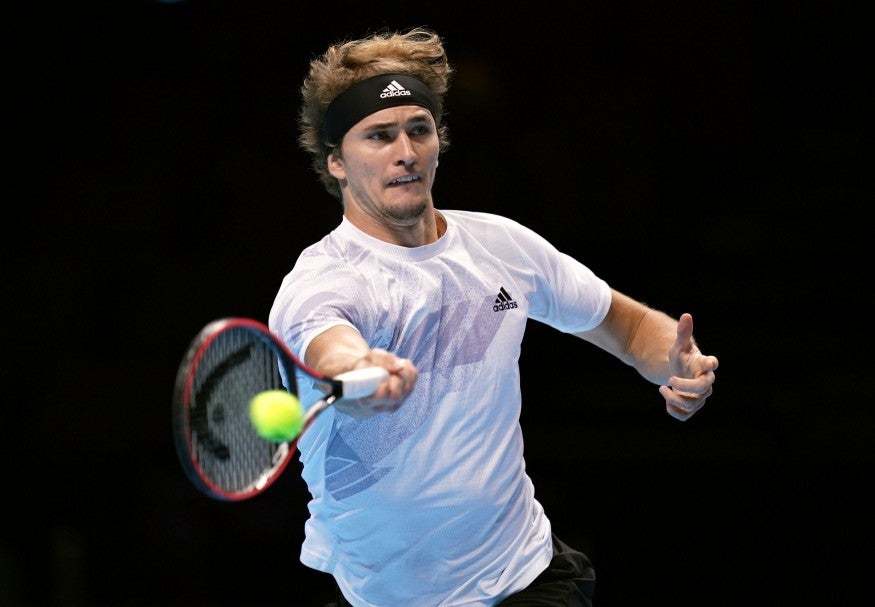 The German was handily beaten by Daniil Medvedev in his opener, while the Argentine, who is making his Finals debut this year, was dispatched with ease by Novak Djokovic. “I need to be better on court,” Zverev said after that defeat. “Because if I play like today, I’m not going to win any matches here this week. Now I can’t afford to lose. I need to beat Diego, I need to beat Djokovic to have a chance to go to the semi-finals. I’m going to try to do that.”

Djokovic plays Medvedev later on Wednesday. In the other group Dominic Thiem beat Rafael Nadal on Tuesday, getting the better of the Spaniard in two tense tie-breakers. Follow all the live updates in this one, with the winner likely to push on and stand a chance of joining Djokovic in progressing from the group.

Zverev has patient controlled aggression in his play. After taking the first set, he is keen to stamp his authority into the second set.

The game is taken to deuce after Zverev has two pretty disappointing forehands from break points.

Zverev’s first serve is the quickest of the match at a lightning 142mph.

The Argentine plays some strong shots to take it to 40-15.

Zverev smashes to make it 40-30, and takes it to deuce when Schwartzman again hits the net, and Zverev gets advantage as he hits it out.

Zverev takes the first set in an anxious start to the match.

Schwartzman is a powerful player but needs to avoid sloppy mistakes if he wants to beat the world number 7.

After a small break, Schwartzman comes back out strong to make it 40-0.

The Argentinian slips up by hitting the ball out, but manages to seal the game.

A disgruntled Zverev to serve.

Zverev dominates in this game, taking it to 40-0 and then the game.

Schwartzman appears nervous after a number of times hitting the ball into the net and out.

Schwartzman  catches the net in a pretty easy smash to give the first point to Zverev.

But Schwartzman has Zverev running around the court to take the equal point.

Schwartzman is only making 43% of his first serves and when it does go, he is only winning 4 out of 10.

Zverev aggressively smashes to take the first point and builds his confidence to take the lead to 40-15.

As the taller player, Zverev has an advantage being able to play the ball harder and wider on the court and dominates in this game.

Zverev’s coach, David Ferrer, was part of this event seven times as a player and was a finalist in 2007.

The game is a real tussle at the minute with the German and Argentinian constantly equalling each other in play.

It’s only the 4th game and Zverev seems tense. The game goes to deuce, with Zverev taking the advantage and then the game to take it back to level terms at 2-2.

Schwartzman is a fierce player.

Zverev double faults, but comes back with a technically faultless fast first serve.

At break point, Zverev hits the net to make it 40-40, and does so again to give Schwartzman the advantage.

It’s taken back to deuce after Schwartzman hits the net, but gets the next advantage as Zverev fails to return.

A steady first set. Zverev’s first serve is technically sound, but the second serve is a different story. From the back of the court, Zverev is masterful. As a 6ft 6 man, he is one of the best movers on the court.

Tennis: Djokovic overcomes shoulder woes to reach second round of US Open; Nishikori, Barty advance too

Federer, Nadal and Murray speak out against Djokovic-led players' association