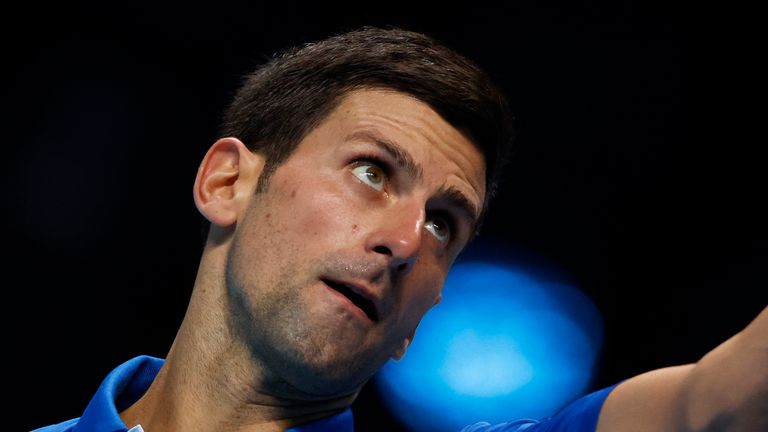 Novak Djokovic defeated Alexander Zverev 6-3 7-6 (7-4) to set up a semi-final clash against US Open champion Dominic Thiem at the Nitto ATP Finals.

For the second day in a row at London’s O2 Arena, one of the world’s top two tennis players found himself in a straight shoot-out for a place in the last four.

Courtesy of his confident work on court, Djokovic was able to emulate Rafael Nadal’s success and keep a quest for a record-equalling sixth ATP Finals title alive.

The top seed’s victory means the world’s top four players make up the last four, with Daniil Medvedev already through as group winner ahead of his clash with Diego Schwartzman on Friday evening.

The semi-finals are set!

Djokovic came into the encounter having been comprehensively beaten by Medvedev in his second match, which meant that only a win would do in order to stay alive in the competition.

He was unfazed by the high stakes and sent out an early statement of intent by winning the first seven points. A Zverev double fault then handed him a break of serve and that was all the advantage the world No 1 needed to claim the first set.

Zverev is the only man to have beaten Djokovic, Nadal and Roger Federer at the tournament and despite being below his best in his first two matches, he found his feet in the second set.

The 23-year-old started to put some real pressure on Djokovic’s serve, but was unable to force a break. His productivity did ensure that the set went to a tie-break however, the world No 1 knows exactly what to do during them.

Djokovic has only lost one tie-break in 2020 and once again, he efficiently navigated his way to the finish line. It is the ninth time in 13 appearances at the ATP Finals that he has made it to the knockout stages.

This victory was Novak Djokovic’s 41st win of the year, which equals Andrey Rublev’s Tour-leading mark.

The world No 1 has won four titles in 2020 and a fifth would match Rublev’s second Tour-leading record of securing five trophies this year.

“I felt great, early in the first set he had a couple of break point chances and I managed to serve well in the important moments,” Djokovic said during his on-court interview.

“Contrary to the last match against Daniil, I just managed to find the first shots at the right time.

“Sasha [Zverev], I have tremendous respect for him, he’s a great player with a huge serve. It’s obviously not easy to return a 140mph first serve and sometimes you just have to block and hope that you can be in the exchanges in the rally.

“It was really anybody’s game for most of the match. In the tie-break, I read his approach at 4-3 and served well to close out the match.” 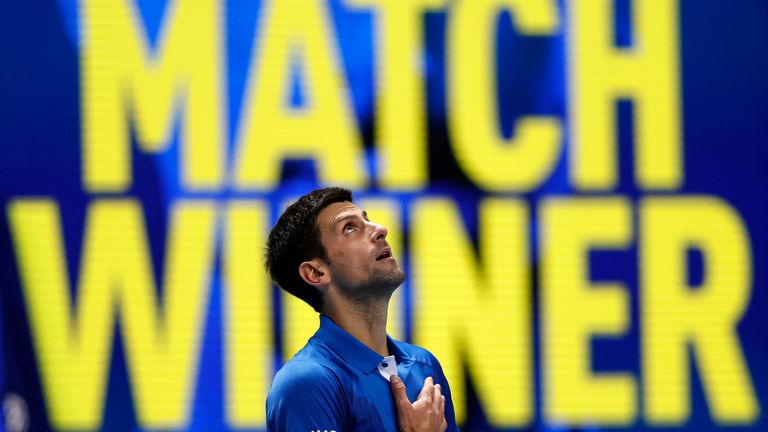 The US Open champion, Thiem, is the man who now stands in the way of Djokovic and a shot at a sixth title. This will be the 12th time they have faced each other in their careers.

The world No 1 holds a 7-4 record against the Austrian but knows that he’s facing a player who is confident and in fine form.

“Earlier in his career, he played his best on clay but being one of the hardest workers on the tour and one of the most dedicated players, Dominic has found his ‘A’ game on all of the surfaces.

“His first Slam came on a hard court earlier this year in New York. I played him last year here and lost 7-6 in the third set, it was a thrilling match.

“Hopefully we can have another great match, but this time with a different outcome.”

Clock is ticking for tennis legends