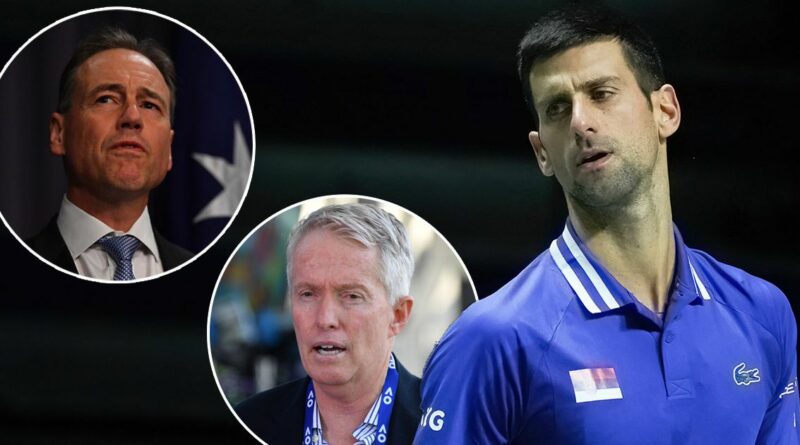 Leaked letters from Australia's Minister for Health, Greg Hunt, indicate Australian Open organisers are to blame for Novak Djokovic being denied entry to the country this week.

The world No. 1 flew into Melbourne on Wednesday despite authorities stating those who wished to participate in the 2022 Australian Open must be either fully vaccinated against Covid-19 or have a medical exemption.

Djokovic—who has spoken out against vaccines and is believed to be unvaccinated—claimed to have a medical exemption in place with Tennis Australia, only to have his visa application rejected upon arrival.

Australia's Border Force was due to deport the nine-time Australian Open-winner on Thursday, though he now looks set to remain in quarantine after a decision on his appeal was delayed until Monday.

And new evidence has emerged in the form of two letters, one of which was sent by Hunt to Tennis Australia chief executive Craig Tiley on November 29, 2021.

It was suggested Djokovic, 34, could take advantage of a medical exemption loophole, whereby he would be permitted entry to Australia if he had contracted and recovered from Covid-19 in the past six months.

However, Hunt's November address to Tiley ruled that out as a possibility more than a month before Djokovic was turned around at the nation's border.

"The Australian Border Force has advised that people must be fully vaccinated, as defined by ATAGI (the national advisory body on vaccines) to gain quarantine-free entry into Australia," Hunt wrote.

Who do you think will win the Australian Open men's title if Novak Djokovic is absent? Let us know in the comments section.

"In relation to your specific questions, I can confirm that people who contracted Covid-19 within the past six months and seek to enter Australia from overseas, and have not received two doses of a Therapeutic Goods Administration-approved or recognised vaccine are not considered fully vaccinated."

The letter—obtained by NCA Newswire—serves as proof Tennis Australia had ample time to notify Djokovic he might reconsider plans despite his intentions to win a record-breaking fourth consecutive title at Melbourne Park.

It wasn't long after Djokovic was denied entry to the country that Australia Prime Minister Scott Morrison tweeted his support for those actions undertaken by officials:

While sports bodies and organisers are entitled to enact their own rules and guidance concerning Covid-19 protocols, they must always abide by government law in their respective jurisdictions.

Hunt went on to stress major sports events, competitions and those competing would have to comply with the relevant laws.

"We encourage travellers to consult the requirements the state or territory they wish to enter to compete in the Australian Open and summer series lead-in events, to ensure they can meet the relevant entry requirements," the letter continued.

"I encourage sporting organisations, including Tennis Australia, to continue to work with the Australian Border Force, state and territory health authorities and venues on Covid-safe plans for events, including for international travel where this is relevant."

It's unclear how much effort was made by Tiley and Tennis Australia to communicate the stance of the Australian government and local authorities in Victoria to Djokovic following that message.

The letter ended with Tiley urging that players should use their own initiative to ensure they're fully compliant with Australia's Covid-19 protocol.

"Finally, it is important to note that each individual is responsible for ensuring they meet the requirements for travel to and within Australia," Hunt concluded.

In addition to Hunt's address, another letter dated November 18 was sent to Tiley by Lisa Schofield, the National Covid Taskforce First Assistant Secretary.

This earlier letter also underlined to the Tennis Australia chief that players would not pass as vaccinated or medically exempt based on an infection in the previous six months.

"ATAGI notes that natural immunity from past infection is recognised in several countries, however ATAGI also notes the challenge of confirming past infection and uncertainties of the duration of protection," Schofield wrote.

"While evidence suggests past infection reduces the risk of reinfection for at least six months (and thus may be regarded as a temporary exemption for vaccination for a maximum of six months), ATAGI advises that two doses of a COVID-19 vaccine (or one dose of the Johnson & Johnson COVID-19 vaccine) according to a recommended schedule is required in order to be considered fully vaccinated."

As things stand, Djokovic will not be permitted to defend his Australian Open title, missing out on the chance to increase his record tally of Melbourne crowns.

While the world No. 1 attempted to enter Australia, unvaccinated stars like Tennys Sandgren and Pierre-Hugues Herbert didn't bother after accepting they did not meet the criteria to be declared medically exempt.

Long-time rival Rafael Nadal has commented on Djokovic's dismissal and said "there are some consequences" for those who choose not to receive the Covid-19 vaccine.

While the 20-time Grand Slam-winner isn't required to publicise his medical information or vaccine status, it's been suggested Djokovic may help his case by disclosing his reasons for seeking a medical exemption.

A more definitive answer on his fate is expected when he appears for his appeal hearing on Monday, with legions eager to ensure tennis' biggest star doesn't receive special treatment. 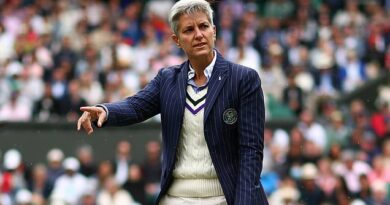