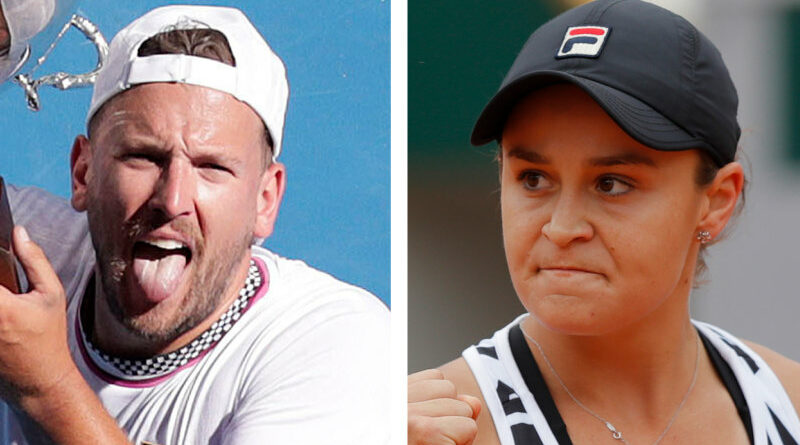 Two of Australia’s most successful athletes in 2021, superstars of tennis Ashleigh Barty and Dylan Alcott, have shared the Newcombe Medal.

With the highest individual accolade in Australian tennis up for grabs, the judges decided it was too hard to split world No.1 and Wimbledon champion Barty with wheelchair champion Alcott, who this year famously secured the ‘golden grand slam’. 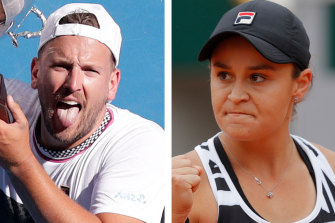 After another successful year on tour – highlighted by the realisation of a childhood dream in claiming her first Wimbledon trophy – 25-year-old Barty is the first four-time ‘Newk’ winner.

While the medal wasn’t awarded in 2020 due to the pandemic, Barty has cut a swathe through women’s tennis since launching her comeback to the game in 2016 following a hiatus in which she played cricket in the WBBL.

Among her achievements, the Queenslander locked down the year-end world No.1 for a third straight year, won the WTA player of the year award and, most recently, was named alongside Novak Djokovic as the two ITF world champions.

Sam Stosur won the first three Newcombe Medals from 2010 onwards, but Barty has been the standout of Australian tennis in the past four years. Barty also shared the Newcombe Medal with Alex de Minaur in 2018.

Alcott’s second medal comes after his victory in 2016, the year he won wheelchair quad singles and doubles gold medals at the Rio Paralympics. Steadily, wheelchair tennis has risen in prominence in recent years, with much thanks to Alcott.

It was fitting that Barty and Alcott could share the honour as they have forged a strong friendship on tour.

Alcott, 31 and about to embark on a final Australian Open, described the Newk as the “cherry on top” of a season in which he dug deep and saw off challenges from the sport’s young guns to claim all four majors and a second Paralympics singles gold in Tokyo.

“It’s pretty awesome. You get lost for words to be honest,” said Alcott.

“When I won the Newk in 2016 it was a massive moment. It was a real glass-ceiling-shattering moment because an athlete with a disability had never really won an award like that, a notorious able-bodied award.

“It’s kind of weird now but it feels a bit more normal now, doesn’t it? And that’s so cool.

“To share it with Ash, who is one of my good mates, but also just such a legend of a person – an even better person than she is a tennis player, and she’s bloody good at tennis – [is why it’s special].

“It’s a cherry on top of what has been an incredible year and I can guarantee I’m never going to win the Newk again, which is cool. It’s a super massive honour, that’s for sure.”

The popular pair told how they were able to help each other relax ahead of their Wimbledon finals in July.

“Dylan and I have a funny way of being able to share some fun memories together,” said Barty, preparing for an Australian summer where she will again attempt to end the country’s drought in producing a home-grown Australian Open singles champion.

“I will never forget the morning of both of our Wimbledon [finals] matches. We were sitting up on the balcony watching AFL football on a little iPhone.

“We were having a coffee. It was raining. Neither of us had any idea when we were going to play. [But] just being able to relax with him and both of our teams connecting just made it a very normal situation – it kind of took the stress away for both us.” 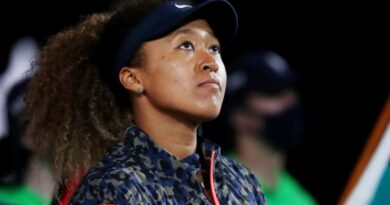 Novak Djokovic likely to miss US Open due to ‘extreme’ protocols 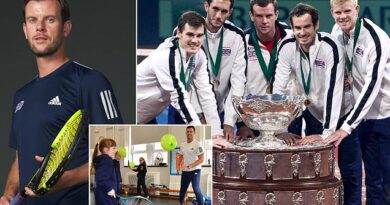 'Tennis is for everyone!': Smith out to debunk sport's elitist image