Home » Tennis » Barty leaves us wanting more, but grateful for everything she gave us 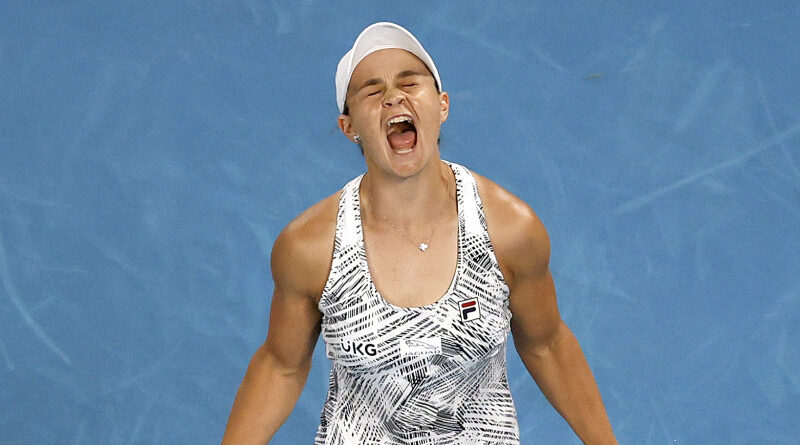 Well played, Ash Barty. Perfect placement. Perfect timing. Her last match as a professional tennis player was the Australian Open final in January. She won, breaking a drought dating back to 1978. In July, she also won her last match at Wimbledon, becoming the first Australian women’s champion there since her mentor, Evonne Goolagong Cawley, in 1980.

And now she’s done, announcing an unexpected retirement in a friendly chat with former doubles partner Casey Dellacqua. The news was as surprising as one of her drop-shots, but also typical of the person and player she has been. No fuss. No fanfare. Doing things her way, at her own pace, while still world No. 1. To put a little side-spin on Shakespeare, nothing in her tennis life became her like the leaving it. 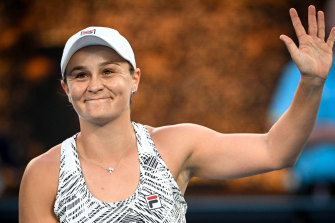 Ash Barty has announced her retirement from tennis.Credit:Eddie Jim

Very few players (or politicians, or opera singers) manage this. They grind on too long. The closest parallel to Ash (“Barty” seems too formal) is another multi-Grand Slam winner, Pete Sampras. In 2002, he won the US Open final, defeating his great rival, Andre Agassi. After that, Sampras hit a few balls in practice, skipped some tournaments and then told his coach, Paul Annacone, “I’m done.” To which Annacone replied: “Perfect.”

Sampras was 31; Ash is just 25. But she started very young – not quite five-years-old when her father, Rob, first took her down to the Ipswich tennis court where Jim Joyce was coach. He said kids didn’t start with him until they were 7. “I was shattered,” Barty later recalled. “All I wanted to do was play tennis.” Then Joyce saw the little girl hit some balls. “Darling,” he said, “you can come back next week.”

In 2011, when just 15, she won the Junior Wimbledon title. The following year she was playing against the pros. With Dellacqua, she was a runner-up in three Grand Slam doubles tournaments. Then, in 2014, she just walked away for an extended break, explaining that things had just happened too fast. “I just wanted to go back to Queensland, refresh, be a normal chick.” 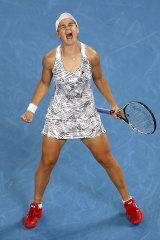 Except that normal chicks don’t have her range of skills. Tiger Woods has admired her golf swing. She has played professional cricket. The question now is not what she will do next as she chases other dreams, but rather what can’t she do? It’s safe to say, though, that she will continue to show the same poise, class and style that has characterised her tennis career. Many pros are admired by their peers; few have been as popular.

Even after Ash supplanted her as world No.1 in 2019, the volatile Serena Williams said: “I don’t know anyone who has anything negative to say about her. She’s like the sweetest, cutest girl on tour. She’s so nice.” And, oh yes, “She has a great game.” Andy Murray, another former champion, noticed it too. “Happy for Ash,” he said of her retirement. “Gutted for tennis. What a player.”

A player indeed, and one who has kept things in perspective. Her happiness hasn’t depended on match results. Agassi declared he hated tennis “with a dark and secret passion”. Rafael Nadal scowls. Murray grimaces. Naomi Osaka is still dealing with her demons. On court, Ash has been as calm as Nick Kyrgios is combustible.

The only time I interviewed her, in 2019, I asked Ash about American prodigy Coco Gauff. She praised her talent and results. Then, tellingly, said: “Coco is on her own path… I hope she enjoys the journey – the good moments, the challenging times and the in-between times.”

It will be fascinating to learn where her own journey takes her now. Already she has embraced her Indigenous heritage and Indigenous programs. I can’t see her becoming a commentator. That would require her, occasionally, to criticise others.

Maybe we don’t see much of her at all, which would suit her fine. “I am fulfilled,” she has said. “I am happy.” That matters most of all.

It took guts and an impressive degree of self-awareness for her to take time-out from tennis the first time. It might well have saved her from the emotional and physical burnout that has blighted the careers of so many talented young women – including Martina Hingis, Jennifer Capriati and perhaps now, sadly, Osaka too.

After achieving so much, so soon, Ash has earned the right to walk away for good. She departs the court a winner, with a wave and a cheeky smile, leaving us wanting more but grateful for everything she has given us already.

Alan Attwood is a former tennis writer for The Age.