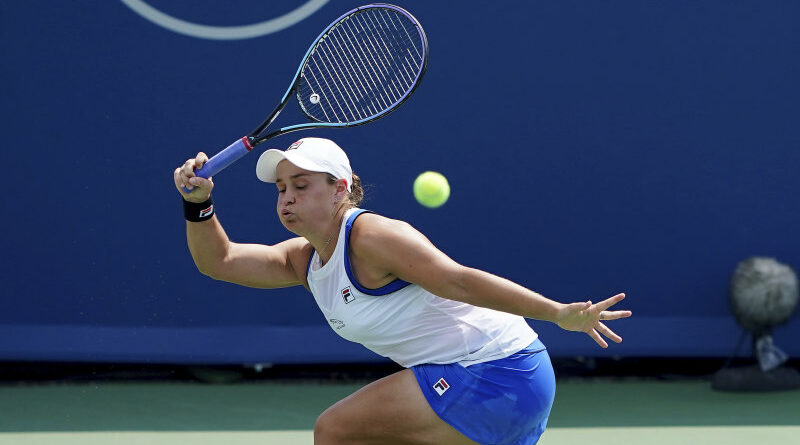 The Queenslander needed almost two hours to dispatch British qualifier Heather Watson, eventually doing so 6-4, 7-6 (7-3) to advance to the third round of the Western and Southern Open where she will meet former world No.1 and 14th seed Victoria Azarenka. 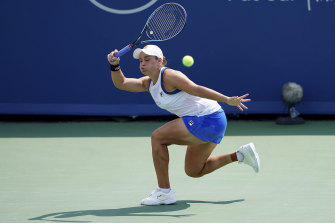 The win over Heather Watson was Barty’s first since triumphing in the Wimbledon final.Credit:Cincinnati Enquirer

Barty, whose match was postponed from Tuesday due to weather, was dominant on first serve, sending down nine aces.

“Heather’s an extremely tough opponent. It was always going to be an exceptionally tough match for me to find my groove and rhythm and there’s a little bit of work to be done,” Barty said in quotes reported by Tennis Australia. 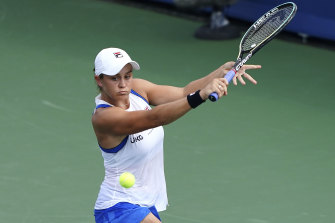 “Sometimes you have to find a way to enjoy the fight, enjoy the battle and it was certainly one of those matches today when I had to dig deep. And I felt like when it really mattered, I was able to find some pretty good stuff.”

Meanwhile, two days after a thoughtful exchange with a local sports columnist, Naomi Osaka delivered a more relevant statement on the court.

Down a set and a break to 17-year-old Coco Gauff, the second-ranked Osaka fought back to pull out a 4-6, 6-3, 6-4 win at her first WTA Tour event since the French Open in late May.

Osaka appreciated being tested so quickly.

“It’s definitely been a while since I played a tough opponent in a three-set match,” she said. “It was definitely really tough, but I feel really good right now. I’m super excited to play another match.”

Citing discomfort with post-match news conferences, the four-time grand slam champion withdrew from Roland Garros and skipped Wimbledon. She was eliminated in the round of 16 at the Tokyo Olympics after lighting the Olympic cauldron in her native Japan.

The 23-year-old Osaka is outspoken on many social issues and announced during Monday’s pre-match media session that she would be donating her tournament prize money to earthquake-ravaged Haiti, her father’s homeland. Cincinnati Enquirer columnist Paul Daugherty asked how she balanced her discomfort with news conferences and her need to speak out.

Osaka paused in thought and, declining the moderator’s suggestion to move on from the topic, asked Daugherty to repeat the question. She responded with what the writer later described as the best answer he’s ever heard in 34 years of covering sports.

“Um, I mean, for me, I feel like this is something that I can’t — I can’t really speak for everybody,” she said. “I can only speak for myself, but ever since I was younger, I have had a lot of media interest on me, and I think it’s because of my background as well as, you know, how I play, because in the first place, I’m a tennis player.

“That’s why a lot of people are interested in me, so I would say in that regard, I’m quite different to a lot of people, and I can’t really help that there are some things that I tweet or some things that I say that kind of create a lot of news articles or things like that, and I know it’s because I have won a couple of grand slams, and I have gotten to do a lot of press conferences that these things happen, but I would also say, like, I’m not really sure how to balance the two. Like I’m figuring it out at the same time as you are, I would say.”

While Osaka appeared comfortable during the exchange, her agent, Stuart Duguid, described Daugherty on Twitter as a “bully.”