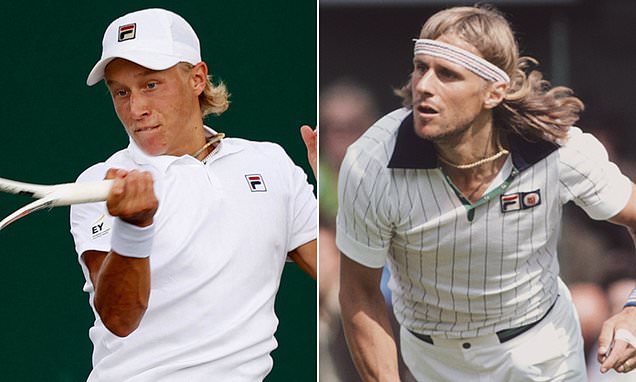 Tennis runs in the family! Bjorn Borg’s son Leo, 18, makes a winning start to his career at Wimbledon with hard-fought win over Marko Topo… 41 YEARS to the day since Borg Snr won his last title at the All England Club

There was a familiar name among the winners at Wimbledon on Monday as Bjorn Borg’s son Leo made his debut in the juniors.

‘It’s always special to be at Wimbledon, my dad played here so many times and won many titles,’ he said. 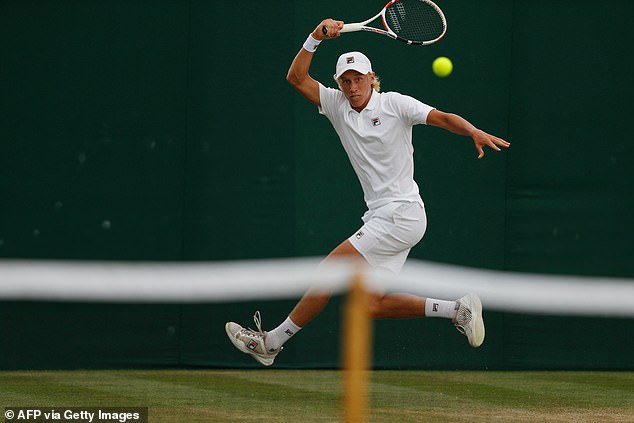 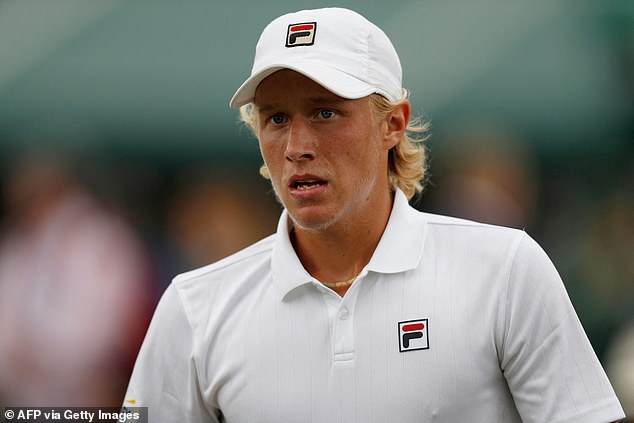 On his debut at SW19, Borg Jnr held his nerve to win a competitive three-set contest 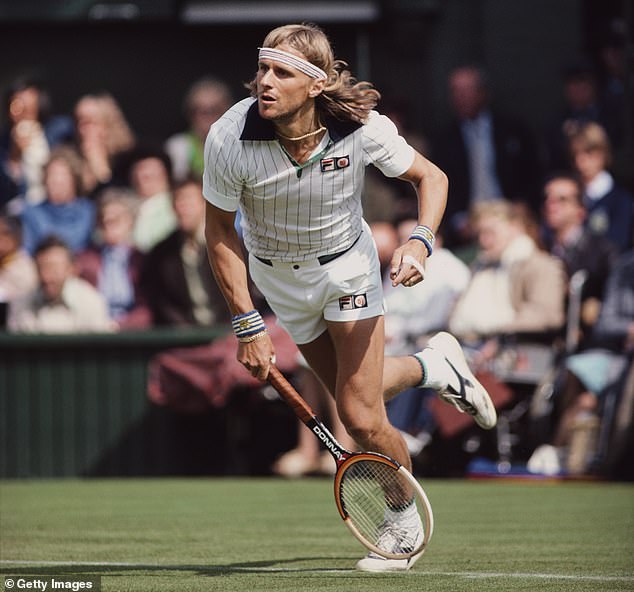 ‘It’s very special for me. Maybe one day I’m getting there the same as my dad.

‘We talked before the match, he was just saying ‘good luck’, he lets my coach do the coaching stuff. So he just said ‘it’s always special to play at Wimbledon, so enjoy it’.’

Borg insists he does not feel the pressure of trying to follow in such illustrious footsteps. 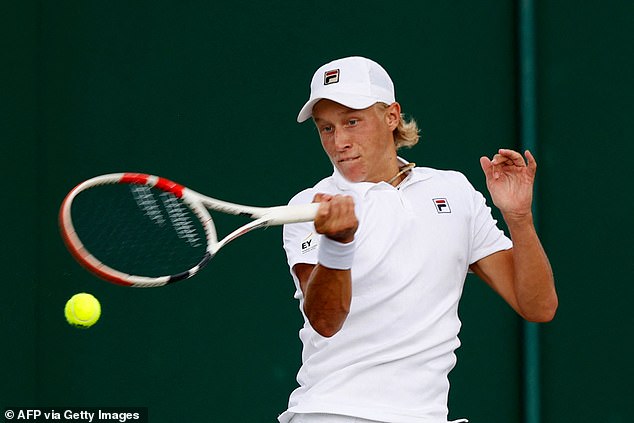 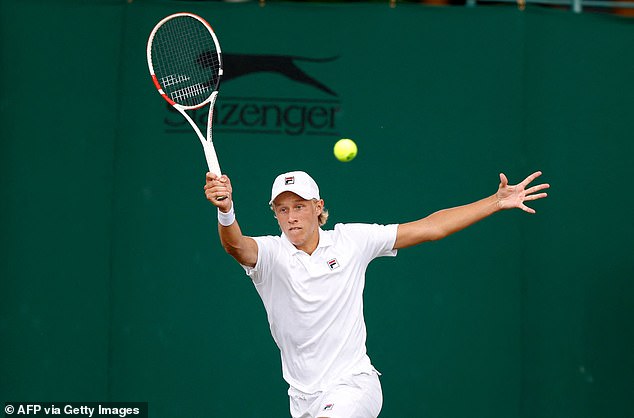 ‘My goal is to be a professional tennis player, to play at high levels. It’s tough to get there but I’m doing my best.

‘That’s my dream, to play the big guys and to play for big titles. If I work hard maybe one day I’ll get there.’