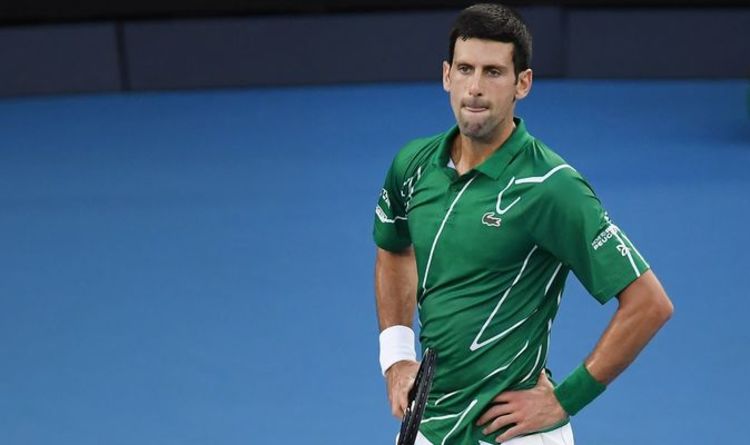 Djokovic speaks following his US Open defeat against Medvedev

Novak Djokovic may still face difficulty getting into Australia after receiving a medical exemption to compete in the Australian Open. The Acting Australian Border Force Commissioner is looking into an “issue” said to have arisen with the world No 1’s Travel Declaration. All players must be fully vaccinated in order to travel to Australia for the season-opening Grand Slam but Djokovic announced he would still be competing with an exemption.

On Tuesday, Djokovic confirmed he would be flying to Melbourne to compete in the upcoming Australian Open after receiving “an exemption permission”.

The announcement came after months of speculation over the nine-time Aussie Open champion’s participation, after tournament officials declared that all players and personnel would need to be fully vaccinated in order to travel and compete.

Tennis Australia then explained that the world No 1 had received a medical exemption “following a rigorous review process involving two separate independent panels of medical experts,” which worked to the national guidelines set by the Australian Technical Advisory Group on Immunisation (ATAGI).

But with Djokovic’s arrival in Melbourne now imminent, several government officials have suggested that he could still face trouble getting into Australia once he arrives at the border.

The Acting Australian Border Force Commissioner is currently examining an “issue” that has arisen with the Serb’s Australian Travel Declaration for the Australian Open, according to Australia’s ABC News.

Australia’s federal Home Affairs Minister also confirmed that it would be the Commonwealth government enforcing requirements at the border when Djokovic arrives, rather than the Victorian government and Tennis Australia, who granted the exemption.

In a statement that did not name the world No 1, Karen Andrews said: “Any individual seeking to enter Australia must comply with our strict border requirements.

Confirming that fully vaccinated eligible visa holders could travel into the country without needing an exemption, she added: “If an arriving individual is not vaccinated, they must provide acceptable proof that they cannot be vaccinated for medical reasons to be able to access the same travel arrangement as fully vaccinated travellers.

“Australian Border Force will continue to ensure that those who arrive at our border comply with our strict border requirements.

“No individual competing at the Australian Open will be afforded any special treatment.”

Tennis Australia chief and Australian Open tournament director Craig Tiley said on Wednesday that Djokovic had not been given any special treatment, with all applications for an exemption made anonymously.

“The process has been very clear and we completely understand and empathise with, first of all, some people being upset about the fact that Novak has come in because of his statements over the past couple of years around vaccination,” he told Australia’s Channel Nine.

In a statement on Tuesday, the Aussie Open boss also said: “Fair and independent protocols were established for assessing medical exemption applications that will enable us to ensure Australian Open 2022 is safe and enjoyable for everyone.

“Central to this process was that the decisions were made by independent medical experts and that every applicant was given due consideration.”

Novak Djokovic says he will play at the US Open