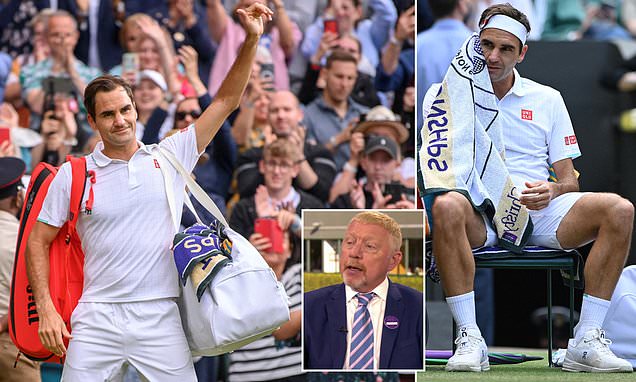 ‘I don’t know if we’ll see the great man again here’: Boris Becker says Roger Federer could RETIRE after losing in straight sets at Wimbledon, because ‘time won’t stand still’ for the tennis legend at 39 after 20 Grand Slam titles

Roger Federer’s shock exit from Wimbledon at the hands of Hubert Hurkacz has left experts questioning whether the all-time great will return to the All England Club.

Federer, 39, was knocked out in the quarter-finals in straight sets after an error-strewn display, and the result marked the first time the eight-time champion had lost a set to love at SW19 in his career.

After undergoing two knee operations in lockdown, Federer was hoping to defy the odds and become the oldest man to reach the last-four in the Open era – but instead, Boris Becker has claimed he may now retire. 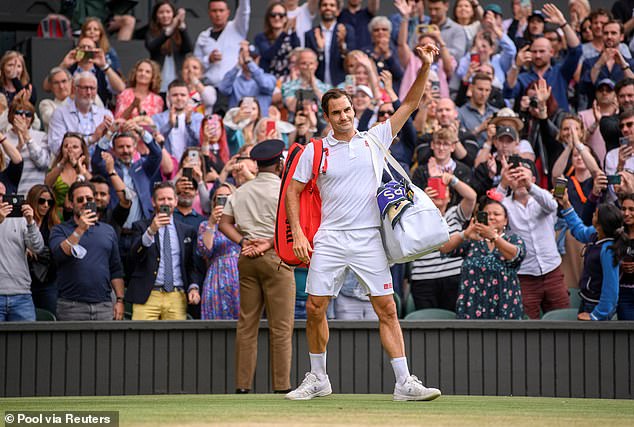 Sportsmail columnist Becker, speaking to the BBC, said: ‘I noticed the mis-hits, awkward looking points from Roger and obviously the last set of course, 6-0.

‘He would never ever say if there was a niggle, but I don’t know if we will ever see the great man again here. Time doesn’t stand still for any man or woman.’

The first bagel – a 6-0 set whitewash – that Federer was made to suffer underlined the chastening nature of the loss, and the nine games he won against Hurkacz were the fewest he has racked up at Wimbledon. 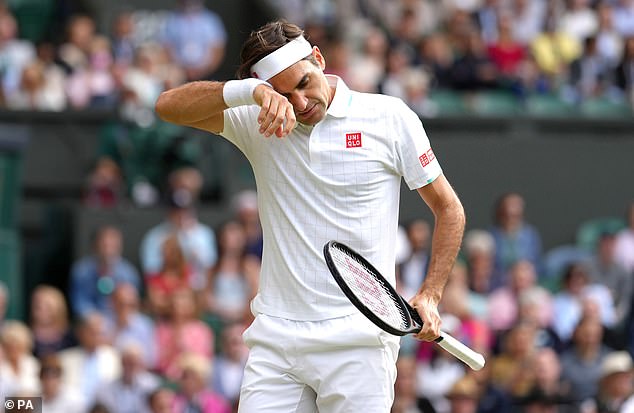 Right from the off, Federer was pulled into a gruelling encounter, and found himself trailing by a set after just 28 minutes. He showed promising glimpses in the second set, but went on to let a 3-0 lead slip away.

With momentum on his side and Federer uncharacteristically poor, Hurkacz eased two sets ahead after a tie-break – and then won the third in jaw-dropping fashion.

After the inquest began, John McEnroe also hinted that Federer’s illustrious career may be drawing to a close. He said on the BBC: ‘We always say, “will there be a day he wakes up and feels 39?” Today is that day.’

Hurkacz, the 14th seed, will now face either Matteo Berrettini or Felix Auger-Aliassime for a spot in Sunday’s final, and he has reflected on a momentous result against one of his sporting idols. 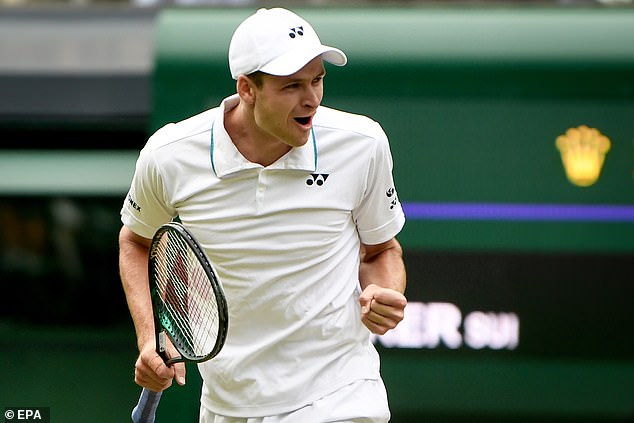 Hurkacz, the 14th seed, will next face Matteo Berrettini or Felix Auger-Aliassime in the last four

‘It’s super special for me,’ he said. ‘Playing here and the special things [Federer] has done here, it’s a dream come true.’

The victor was just six years old when Federer clinched his first Wimbledon title, but he inflicted the veteran’s maiden straight sets defeat at the tournament since a first-round loss to Mario Ancic in 2002.

And it was Hurkacz who stole the show, having wrapped up his triumph – the biggest of his career so far – in a barely believable one hour and 48 minutes.

He fired 36 winners and made just 12 unforced errors to take the 6-3 7-6 6-0 victory, and even managed to break Federer three times in the final set, moments which added insult to injury for the Swiss. 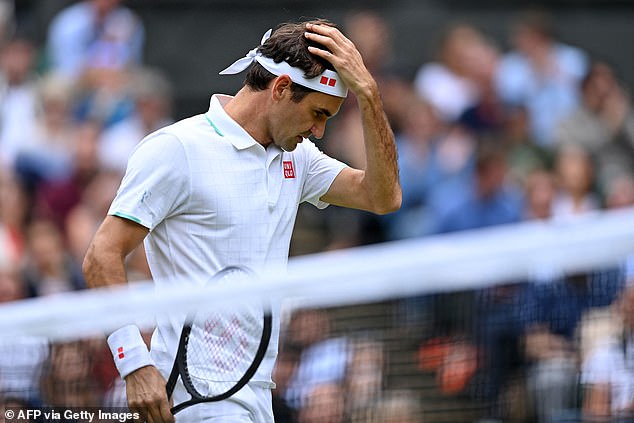 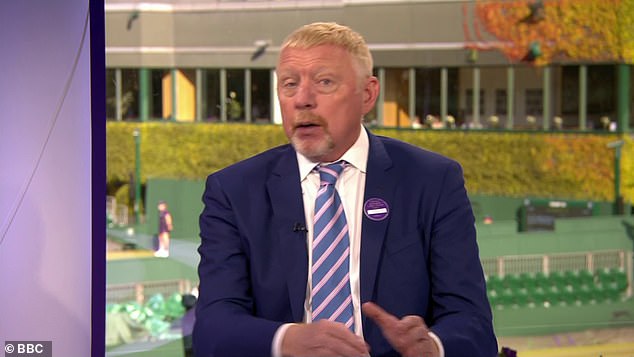 Before he stepped out for what may be his final curtain call at Centre Court, Federer admitted he held doubts over competing this year because of his injury problems.

‘I’m very happy at almost 40 years old to have made another quarters,’ he said.

‘I didn’t expect it to come this year given all the problems I’ve had in the past year and a half so I’m extremely happy to be here.

‘It’s going to be tough, the quarter-finals, I know that but I’m really pleased to be here and I now know everything is possible.’