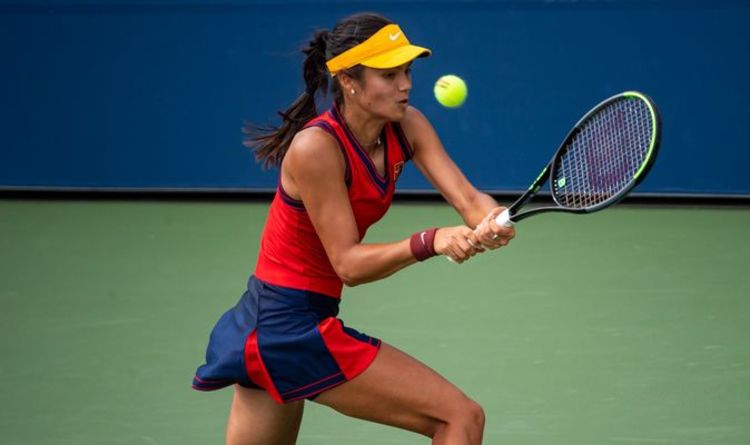 Emma Raducanu has laid down a marker after her stunning second-round victory over Zhang Shuai at the US Open. The 18-year-old needed just 72 minutes to dispatch the world No 49 in straight sets, setting up a clash with Sara Sorribes Tormo in round three. Raducanu, who came through qualifying to secure a spot in the main draw, said her level was getting better with each match she played in Flushing Meadows.

Raducanu burst onto the scene when she stormed to the second week of Wimbledon in her maiden Grand Slam earlier this year.

The Bromley teenager made it all the way to the round of 16 before retiring mid-match with breathing difficulties, and has since backed up her impressive run with more success at Grand Slam level.

She is yet to drop a set in Flushing Meadows, winning ten in a row through three rounds of qualifying and two main draw matches.

The world No 150 also proved she could perform on the smaller stages, reaching her first-ever tour-level final at the Chicago Challenger less than two weeks ago, helping her secure a career-high ranking.

JUST IN: Murray vs Tsitsipas’ US Open feud prompts call for rule change

Raducanu is now full of confidence off the back of her 6-2 6-4 win over Zhang, who got the better of her last month in San Jose.

The 18-year-old was playing her first tournament since Wimbledon when she drew the Chinese world No 49 in the first round of the WTA 250 event and lost 6-3 6-2.

Ahead of their second-round US Open match, the Brit was feeling confident and said she had learned a lot from her San Jose loss, as well as improved her game since.

Now, she’s fired another warning at her rivals, feeling her level is continuing to improve as she progresses through the draw.

“Tennis-wise, I’m playing better and better with each match,” she said, following her victory over Zhang.

“Especially on the hard courts, I’m gaining experience with each match.”

The world No 150 had previously said she was hoping to stay in the tournament for as long as possible, and is now one win away from equalling her performance at Wimbledon.

Raducanu is now up to around No 116 in the live rankings, and could also secure a spot in the world’s top 100 if she wins her third-round match against in-form Sorribes Tormo.

The Spaniard recently ousted world No 1 Ash Barty in the opening round at the Tokyo Olympics.

She also beat 22nd seed Karolina Muchova in her opening round match in New York, so will also be feeling confident.

While the world No 41 is ranked more than 100 places above Raducanu, the Bromley local can take belief from her performance against world No 49 Zhang.

Although she’s already close to replicating her Wimbledon run to the second week, the teenage sensation says she can’t compare the two tournaments.

“It’s not comparable to Wimbledon because I’m just taking it one match at a time and focusing on what I have to do in each point.”
Source: Read Full Article 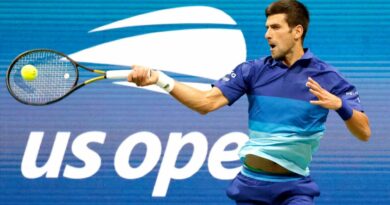 Djokovic cruises into third round at US Open

Osaka to continue play in W&S Open on Friday