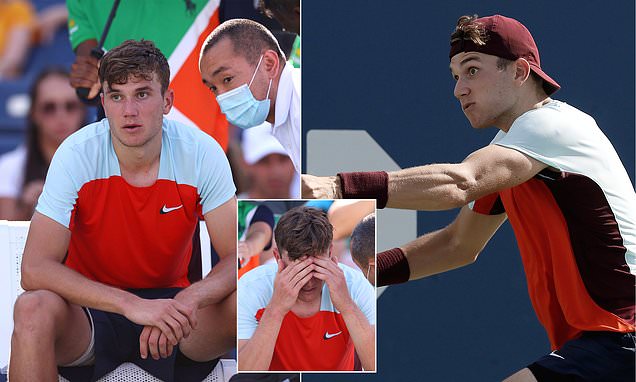 Jack Draper was forced to quit his US Open third round, but not before leaving another reminder of his rich promise.

The 20 year-old from Surrey was in the ascendancy against 27th seed Karen Khachanov when he suffered what initially looked to be a strain around the groin or glute area.

He tried to play on, but with his movement becoming more restricted pulled out after consulting the on-court physio. 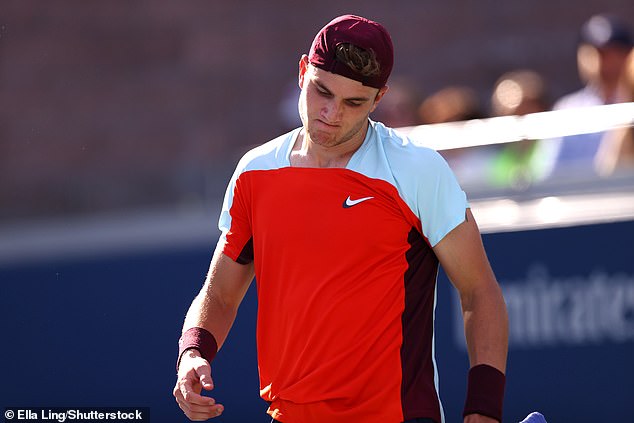 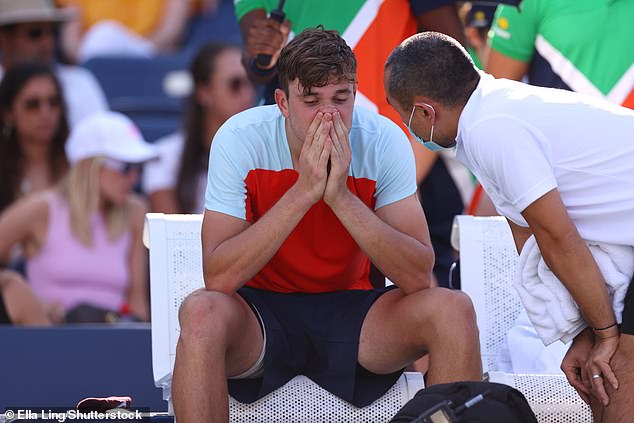 Draper believes that the injury will keep him out for a matter of weeks: ‘It was just the top of my hamstring, the insertion between the hamstring and the groin.

‘I’ve had problems with it before, and maybe this time it was just a lot of tennis I’ve played in the last seven weeks. I think the main thing is that I still need to improve my body. It is just not ready to go really deep in this tournament.

‘I think I did it at two-love in the third. I went out to a wide ball and I just felt a twinge. It’s been a really positive week for me.

‘This is my second Slam in on merit. It’s very different playing the five-set matches. I’ve beaten a couple of really good players, and I felt like today I was coming back.’ 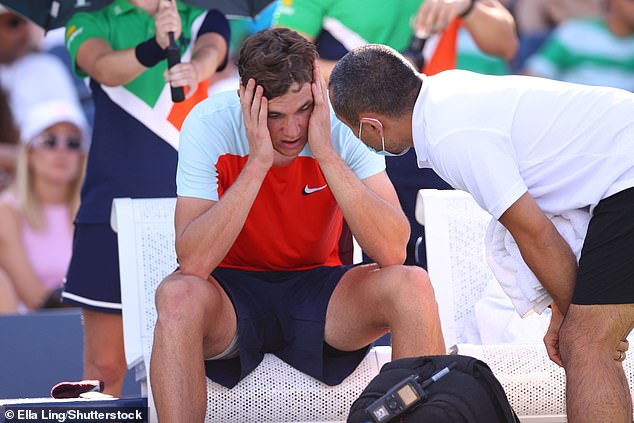 He tried to play on, but with his movement becoming more restricted pulled out

The score was 3-6 6-4 5-6 and two hours 33 minutes had gone in what will surely not be his last appearance in the third round at Flushing Meadows.

The hulking Russian had become the latest player to have difficulty keeping a lid on the power of his lefthanded game, which has now carried him into the world’s top fifty.

Talent and determination are clearly not an issue for Draper, who had taken out world number eight Felix Auger-Aliassime.

How the British number four’s body holds up against the rigours of the tour has been more of a question, because he would be even further along the line in his progression had he not suffered a litany of physical setbacks so far in his fledgling career. 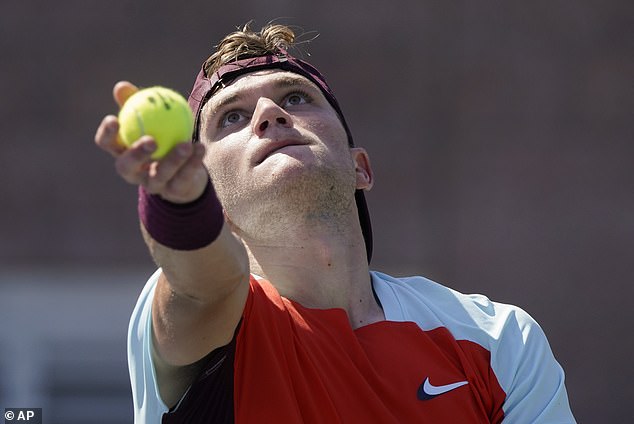 Some of these have been growing pains, and there is little to suggest that there is anything else to hold him back.

Khachanov knocked Cam Norrie out of the French Open at the same stage, and looked on course to thwart British hopes again when he took the first set on the sprawling Grandstand court.

Draper hit back and soon had the Russian alarmed and on the defensive, coming to the net to volley when he broke serve in the second to level the match.

When he surged to 3-0 in the third he looked set fair for another upset, but after being broken back he called the trainer and then went off for treatment after making some awkward swivelling movements.

Draper then got another break immediately afterwards to make it 5-2, but that proved his high watermark. 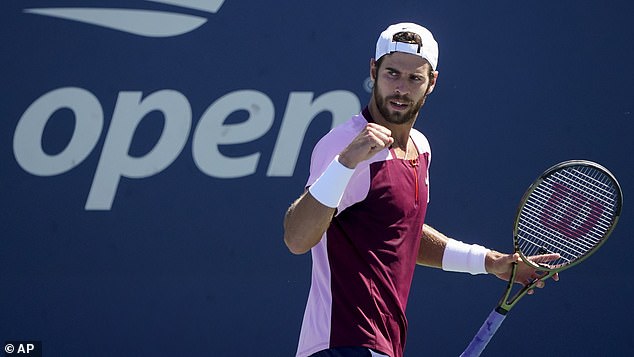 With his movement becoming more and more ginger he tried to finish the points off quickly. That erased his consistency and four games were lost before he asked for the trainer again and, after a brief discussion, he walked over to shake hands with an opponent who might have been somewhat relieved.

After straight set wins against Auger-Aliassime and highly-rated Finn Emil Ruusuvuori, the southpaw from Leatherhead has underlined again that he is not to be trifled with.

His exit and that of Andy Murray leave Dan Evans and Cam Norrie as the last Brits left in the third round of the singles. 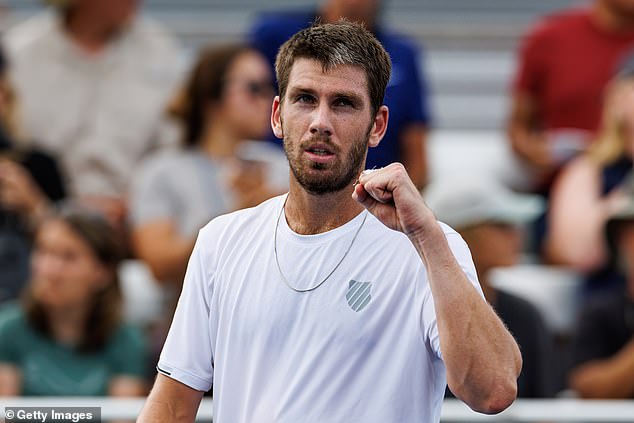 At 4pm UK time Norrie will take on 19 year-old Dane Holger Rune, the feisty world number 33 who has been making rapid progress.

Evans will play later in the day local time against Croatia’s Marin Cilic, the champion from 2014 when he became an interloper amid the domination of the Big Three and contributions from Murray and Stan Wawrinka.

The 32 year-old Midlander won their only previous encounter but is likely to be up against it this time around.

Williams, Azarenka and Pironkova lead the march of the mums