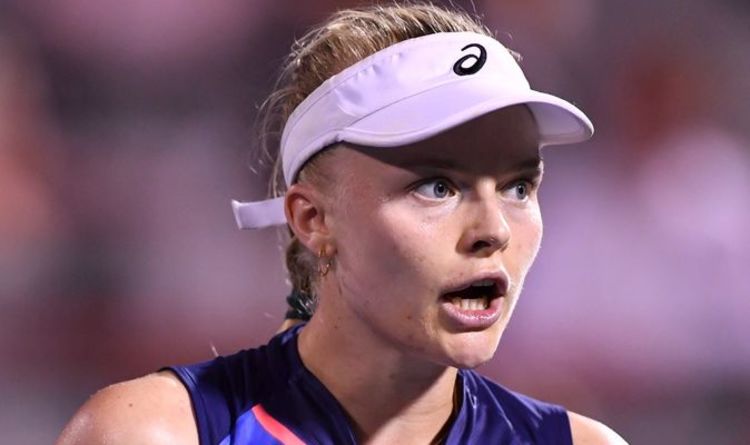 It’s fair to say it has been an up-and-down year for WTA world No.122 Harriet Dart. The Hampstead-born 25-year-old enjoyed doubles success at Wimbledon over the summer when she made it to the final with her partner Joe Salisbury, before the two suffered disappointment at the last by being agonisingly beaten by fellow Brit Neal Skupski and American Desirae Krawczyk on Centre Court.

In singles Dart recorded a number of notable wins – including beating a certain Emma Raducanu in Nottingham in June – but also suffered frustration after dealing with a number of niggling injuries and off-court issues.

She has now set her sights firmly on next year, and speaking exclusively to Express Sport Dart was philosophical when looking back over her 2021 campaign.

“This year I would say has brought many challenges,” she said. “It’s been difficult for everyone and I count myself very lucky that I was able to still compete and play tennis and have the opportunity to travel, which a lot of people haven’t had.

“Overall tennis wise I think it has been steady. There have been ups and downs and I’ve had some personal challenges along the way, but I’m definitely pleased with how I ended the year and I can hopefully take that momentum into the new one and start refreshed.”

First on the agenda is the Australian Open, where Dart has been listed as one of the alternates, meaning she will once again have to go through qualifying in order to make it through to the main event.

She is clearly looking forward to the tournament, and tipped one of her close friends as one to watch out for on the women’s side of the draw.

“I’ve been in this position (being one of the alternates) a few times before, albeit this year we played qualifiers in Dubai so it was different conditions,” she continued. “But hopefully I can take my experience I had the previous two years where I’ve been in Australia and I’ve qualified both times. I always enjoy the trip and I’m excited to get going.

“I think you saw in the US Open the strength in depth in women’s tennis at the moment, so it could be anyone’s tournament. After such a break it will be interesting to see who comes out the blocks early. The people who play very well in the tournaments before Slams don’t always play well in the big event. It’s a completely different situation.

“I’d watch out for (Estonian world No.7) Anett Kontaveit. She’s had an amazing end to her season, I’m good friends with her and she’s been doing some great things, so she’s definitely one to watch.”

Much of the talk ahead of the Australian Open has surrounded the will-he-won’t-he situation regarding Novak Djokovic, whose vaccination status is still unclear heading into the competition he has won nine times.

“It’s getting trickier to travel if you’re not vaccinated and with the profession we do it becomes challenging. That’s just my view, but everyone is entitled to their opinion.

All eyes will turn towards Dart’s progress in 2022, and it is clear she is hoping to make more memories at the biggest tournament of them all.

“Naturally you always want to play well at Wimbledon,” she said. “For me it’s really important to keep improving my game and seeing my ranking go up in the right direction.

“I have a new team so it’s been interesting for me to work on a few things that maybe I haven’t addressed so much in the past. But I wouldn’t want to give anything away!” 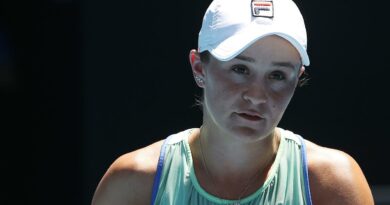