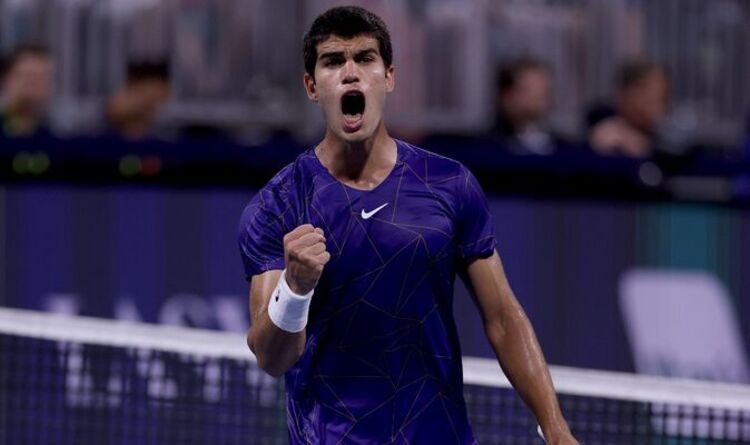 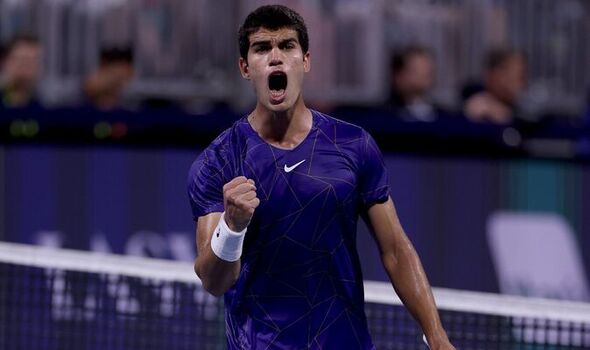 Carlos Alcaraz has been compared to tennis icon Andre Agassi with Andy Roddick calling the Spanish sensation the “real deal” following his straight-sets win over Stefanos Tsitsipas at the Miami Open. Alcaraz has long been tipped for a bright future in the sport and 2022 is proving to be his breakout year.

The 18-year-old became the youngest player to win an ATP 500 title at the Rio Open last month after beating the likes of Matteo Berrettini and Diego Schwartzman. And he made a strong run at Indian Wells before losing to Rafael Nadal in the semi-finals.

Alcaraz has continued that excellent form this week in Miami having eased past Marton Fucsovics and Marin Cilic. That set up a mouthwatering tie against Tsitsipas in a repeat of their contest at the US Open last year.

Their 2021 match proved to be a close encounter with Alcaraz needing five sets to defeat the Greece tennis star. But it was not so close this time around with Alcaraz easing past Tsitsipas to progress to the quarter-finals.

JUST IN: Kyrgios confronted by court invader after smashing racket in anger

He now holds an impressive record of 14 wins and just two losses in 2022 with the No 14 seed expected to jump up the rankings even further. And former world No 1 Roddick was left starstruck by what he saw from Alcaraz against Tsitsipas.

“This guy just moves incredibly,” Roddick said on Tennis Channel. “Normally you have to grow into your movement a little bit.

“He doesn’t need much time to fire on the forehand. Most of the guys with huge forehands need two feet under them to give it a ride. This guy can turn it on real quick almost like Andre Agassi used to. You would hit a big ball to him and it would come back just as fast.

A number of top seeds have already been knocked out of the Miami Open with Andrey Rublev, Felix Auger-Aliassime and Denis Shapovalov all losing in the second round. Daniil Medvedev and Alexander Zverev remain the favourites in the men’s singles, but Casper Ruud, Hubert Hurkacz and Jannik Sinner also stand a chance. 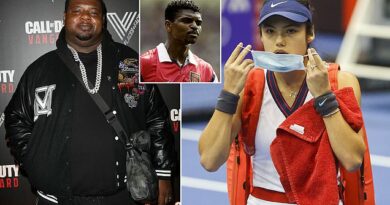