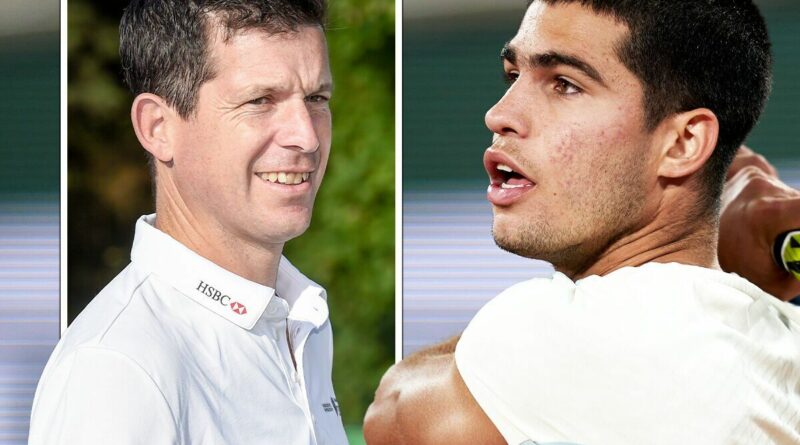 Tim Henman and Kyle Edmund have fun ahead of Wimbledon

Carlos Alcaraz has confirmed he is modelling his game on English tennis legend Tim Henman, as the Spaniard looks to topple the sport’s ‘big three’ in Roger Federer, Rafael Nadal and Novak Djokovic. Alcaraz has announced himself as the sport’s hottest prospect, and has become a dominant force on the ATP Tour in 2022.

The Spaniard’s recent rise has seen him move to No. 6 in the world rankings following a hot run of form since the turn of the year. As a result, the teenager has won an impressive four ATP titles in 2022, including back-to-back victories in his home country at the Barcelona and Madrid Opens.

Remarkably Alcaraz has lost just four games since the beginning of the year, including just one in his 21 outings on the court. With the 19-year-old Spaniard having plenty of similarities to the great Rafael Nadal many have tipped him to have success similar to the 21-time Grand Slam winner. Despite the talk, the teenager has revealed his inspiration comes from elsewhere, with his game modelled on Englishman Henman.

The Spanish star has excelled on the court when coming close to the net, something Henman has been extremely impressed with. When the pair spoke on Eurosport at this week’s French Open, Alcaraz revealed that this style is in fact based on the 47-year-old.

Speaking to Henman, the 19-year-old said: “My style is to be aggressive, trying to go to the net as many times as I can. Of course I am trying to be like you [Henman].” Alcaraz has made no secret of his target to topple the sport’s big three from the top of the game, and it seems he is aiming to do that with a style based on the Englishman.

Discussing his aims previously, Alcaraz has revealed that he believes he is ‘on the right path’ to become the world’s best player and surpassing the likes of Nadal, Djokovic and Federer, adding that he has ‘no limits’. He said: “I think I’m on the right path. If I stay on it and continue to do things well, I will have chances, but that doesn’t guarantee anything.

After a lightning start to 2022, Alcaraz is now looking to add a coveted Grand Slam title to his four ATP wins this campaign at the French Open. The Spaniard has already booked a spot in the quarter-final, where he will take on world No. 3 Alexander Zverev – the man he defeated in this month’s Madrid Open final – on Tuesday morning. 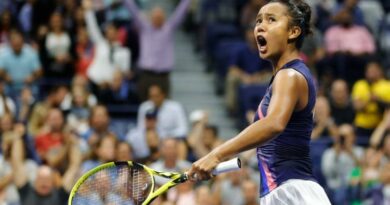