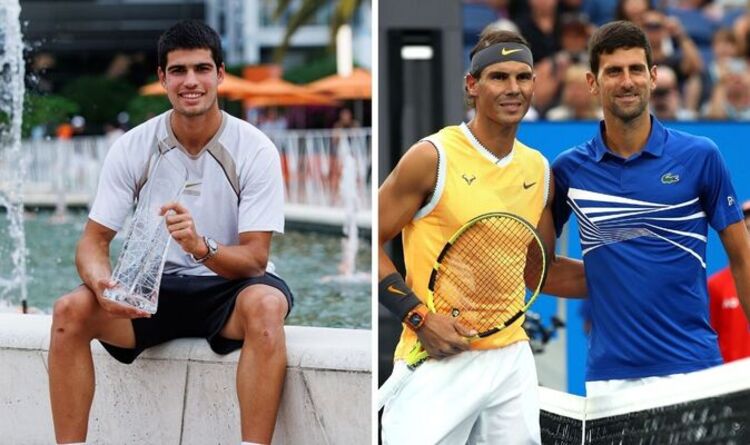 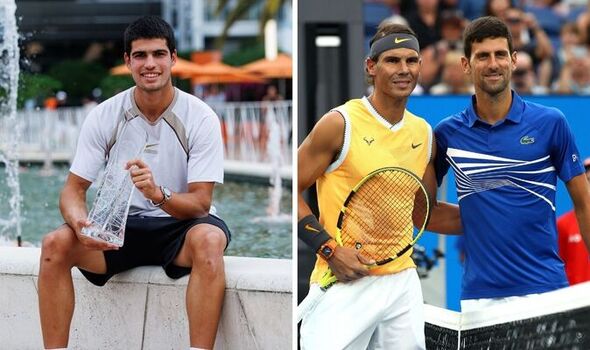 Carlos Alcaraz is setting his sights high after making history as the youngest man ever to win the Miami Open. The 18-year-old now believes he has the ability to win his first Grand Slam title as early as this year, threatening Novak Djokovic and Rafael Nadal’s attempts to continue their race for the most Major titles with Djokovic on 20 and Nadal on 21.

Alcaraz has long been seen as one of the brightest young prospects in the men’s game and announced himself as a current top player by winning the Miami Open just a month shy of his 19th birthday on Sunday. The Spaniard defeated third seed Stefanos Tsitsipas and defending champion Hubert Hurkacz en route to the final, where he dispatched sixth seed Casper Ruud 7-5 6-4 to win his Maiden Masters 1000.

The 18-year-old achieved multiple feats during his Miami run – becoming the youngest male champion in tournament history, third-youngest man ever to win a Masters and the youngest man ever to make back-to-back finals in Indian Wells and Miami. He exceeded even his own expectations, having set a goal to crack the top 15 by the end of the year and achieving it by rising to world No 11 with his title win.

And the three-time title winner has now re-evaluated his aims after the monumental victory, claiming that he’s “not afraid” to say he can go on to win a Grand Slam title this year. It puts pressure on Djokovic and Nadal, who are in the midst of the race for the most Major titles after Nadal made history by winning a record 21st at the Australian Open.

With the clay season around the corner, which Alcaraz’s coach Juan Carlos Ferrero has previously named as his charge’s most successful surface, the new world No 11 admitted he was ready to win a Grand Slam this year when asked about his French Open chances. “I would tell you that I am prepared, I am confident, I am also physically and mentally. Maybe it’s not Roland Garros, but I can win a Grand Slam this year. And I’m not afraid to say it,” he stated.

Admitting he knew the likes of Nadal and Djokovic would be tough competition and strong favourites, the 18-year-old was happy to stake his claim and put himself forward as a Grand Slam contender. He continued: “There is Nadal, Djokovic, Tsitsipas or Medvedev, who are the best in the world and favorites in a Grand Slam, but yes, I am not afraid to say that I am ready to win a Grand Slam.”

The young Spanaird even set his sights on the world No 1 ranking, saying he was now prepared for a strong showing at a Grand Slam and hoping it would extend to fighting for the top spot in men’s tennis.

“Last year everything was new experiences, almost everything was my first time and I had to live it. Now I am a different person and a different player,” he explained. “All those experiences have helped me now to face a semi-final or a Masters 1000 final. You never know when a Grand Slam is going to come to you, although I am already prepared to have a good result. And even more difficult is that number one will come, which I hope will be as soon as possible, but I can’t say when.” 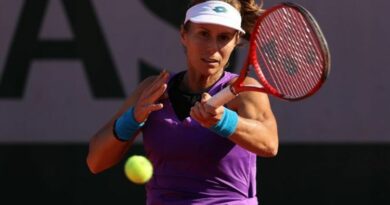 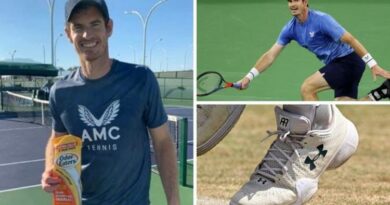 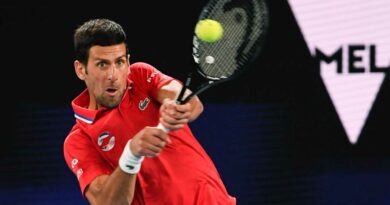 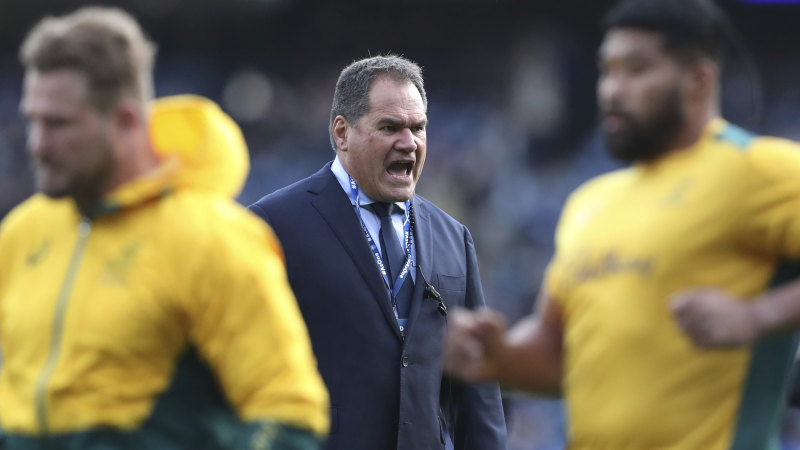