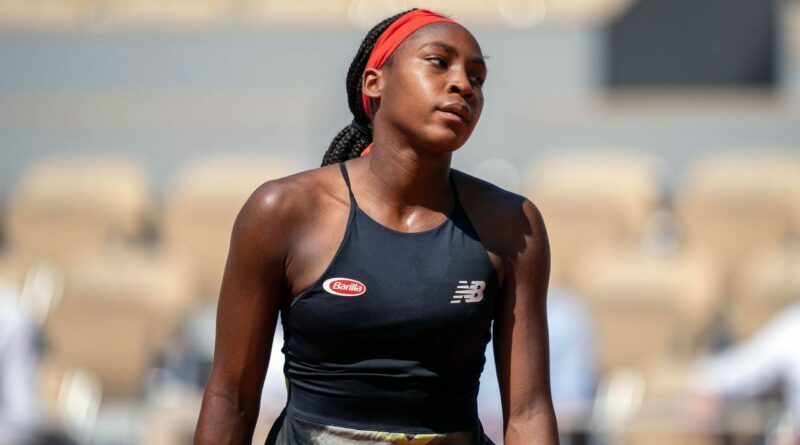 PARIS — It is 31 years ago to the day since 16-year-old Monica Seles beat world No. 1 Steffi Graf to win her first Grand Slam.

At the time, Seles was the youngest woman to win a title, but back then, teenagers winning slams was nothing new; Graf and Arantxa Sanchez had done it before and soon, Martina Hingis would come along and win Wimbledon at 16 — just 72 days younger than Seles when she won.

On the men’s side, Boris Becker won Wimbledon in 1985 at age 17, and Michael Chang was the same age when he won at Roland Garros.

But a generation on and for the vast majority of players, winning slams has become more of a marathon than a sprint — the path to glory often littered with disappointments along the way.

For 17-year-old Coco Gauff, her chances of joining Graf and Seles as a young teen to win at Roland Garros ended at the quarterfinal stage on Wednesday, beaten in two sets by Barbora Krejcikova of the Czech Republic.

It was a painful loss following a strong couple of months for Gauff. In the first set, she missed five set points, which proved to be particularly costly.

But Gauff is in it for the long haul.

“I’m obviously disappointed that I wasn’t able to close out the first set [but] to be honest, it’s in the past. It already happened,” she said.

“After the match, Enzo, my hitting partner, told me this match will probably make me a champion in the future. I really do believe that.”

Gauff won her first clay-court title in Parma last month and will now rise to No. 21 on the back of her efforts in Paris, the perfect springboard as she prepares for Wimbledon and beyond.

“Obviously it was a great season. In the future, I mean, I just want to keep continuing to get better. Hopefully next year I’ll be better,” Gauff said.

“But I think that I’ve learned a lot over this swing and I have a lot that I can take with me later into my next tournaments later this year. I think losing these matches are going to pay off in the future. I think if I continue fighting like this, other players, maybe if they do have the lead, will start to get nervous, because they know I’m not going to give in.”

While Gauff couldn’t exactly revitalize the trend of teens winning slams, Iga Swiatek already kickstarted it when she won the title in Paris in 2020 at age 19, surprising everyone by winning her first senior tournament of any kind, without dropping a single set.

On Wednesday, her title defense came to an end at the hands of Maria Sakkari of Greece in the quarterfinals, but she offered a bit of perspective after the loss.

“This year I had more pressure on me, but also I did good, because I think quarterfinal is a good job,” she said. “I’m showing consistency. Obviously I know I can play better than today. Everybody has seen that. I know I can play heavier balls and everything. But days like that happen. I didn’t have [a] day like that last year, basically. That’s why I won.

“But the most important thing right now is to take lessons from it, not let it happen next time.”

The physicality of the men’s game has undoubtedly been a factor in stopping the youngsters’ pickup of the biggest titles. The average age of the current top 10 is 28; for the top 20 it’s 26.2 and for the top 50 it’s 27.14. Breaking through has never been harder.

In terms of winning Grand Slams, though, that’s been down to the brilliance and domination of the Big 3; Roger Federer, Novak Djokovic and Nadal. Between them, they have won 58 of the past 70 slams, shutting the door on every pretender who wants to claim their thrones.

Dominic Thiem had to wait until he was 27 before he won his first Grand Slam title at the US Open last September.

Daniil Medvedev has reached two slam finals, while Alexander Zverev (one) and Stefanos Tsitsipas (none), meet in the semifinals in Paris on Friday. No wonder they were happy not to be in the same half as Nadal, Djokovic and Federer.

“It’s nice that I didn’t play Rafa or Novak in the quarterfinals,” Zverev said. “I think playing Rafa here in the finals, for example, is even worse. It’s even more difficult. But I’ve also got to get there first.”

And getting there might take more than just one try in this marathon.