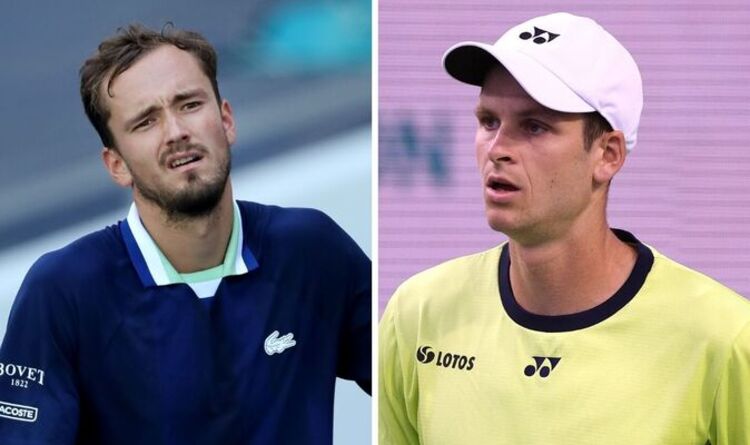 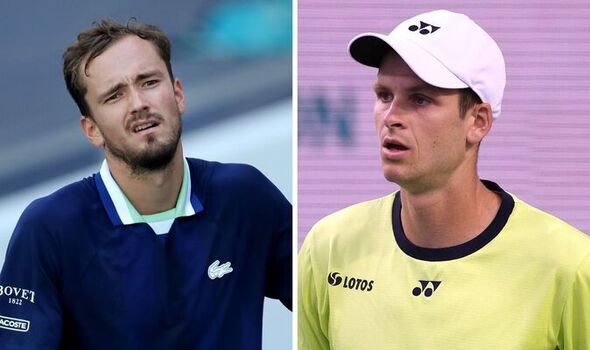 Daniil Medvedev may be the favourite heading into his quarter-final clash with Hubert Hurkacz, but Andy Roddick feels the Polish tennis star stands every chance of beating the No 1 seed. It’s been a rollercoaster couple of months for Medvedev ever since losing the Australian Open final to Rafael Nadal.

The Russian tennis ace managed to dethrone Novak Djokovic as world No 1 one month after his disappointment in Melbourne. But he failed to hold onto the position for long after suffering a shock defeat at Indian Wells in the early rounds.

That pushed him back behind Djokovic in the standings, but he’s returned to top form this week at the Miami Open. He’s yet to drop a set in Miami Gardens and takes Hurkacz for a chance to return to the world No 1 spot.

The pair faced off three times last year with Medvedev winning the previous two, although Hurkacz pulled off an impressive win at Wimbledon. Another tight match is expected this evening at the Hard Rock Stadium and Roddick has pinpointed three areas where Hurkacz stands a chance of hurting Medvedev.

JUST IN: Medvedev told ‘focus on third goal’ with Russian not on Djokovic level

“I’ve been wishing for that Medvedev and [Carlos] Alcaraz semi-final not because I’m cheering for certain players, but I just want to see how Alcaraz – at his age – solves the riddle that is Medvedev,” he said on Tennis Channel. “But let’s not look past Hurkacz. Every time they’ve played, they’ve played three tough matches.

“It’s gone the distance every single time. Hurkacz matches up well and what he does bothers Medvedev a little bit. He’s got that bumper serve, he can take Medvedev’s off-pace balls and go after them.

“We don’t talk about Hurkacz’s movement as much as some of the other people, he moves really well for his size. I’m excited to see it all, but I would still love to see Medvedev and Alcaraz in the semi-final.”

Casper Ruud is already through to the semi-final after defeating No 2 seed Alexander Zverev. The Norway tennis ace will take on Francisco Cerundolo, who has already defeated four seeded players on his way to the semi-final.

Alcaraz meanwhile will take on Serbia’s Miomir Kecmanovic with the winner facing either Medvedev or Hurkacz in the next round. The Spanish sensation is yet to drop a set in Miami and defeated Stefanos Tsitsipas in the last round. 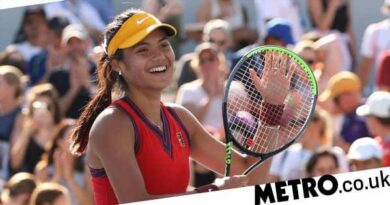