Home » Tennis » Djokovic cruises into third round at US Open 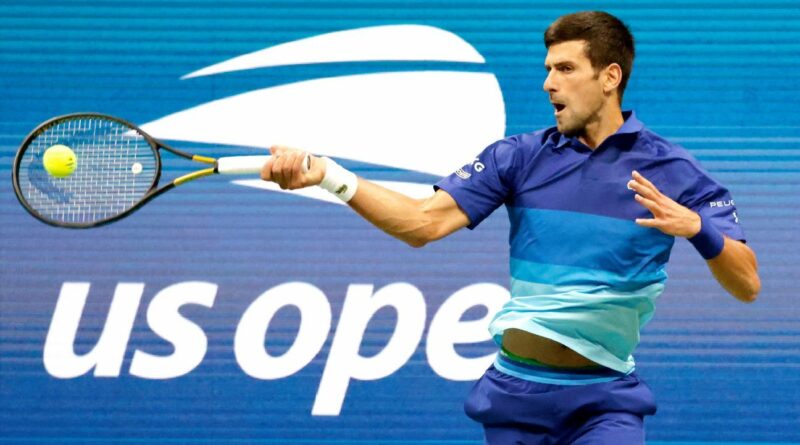 Novak Djokovic easily reached the third round of the US Open with a 6-2, 6-3, 6-2 victory over Tallon Griekspoor of the Netherlands.

Djokovic improved to 15-0 in second-round matches at the U.S. Open and remained unbeaten in Grand Slam matches this season. He is trying to become the first man to win all four majors in the same year since 1969.

The No. 1 seed’s biggest problem came in the second set with a heckling fan, but Djokovic regained his concentration to put away the victory.

Nishikori improved to 27-7 in fifth sets, the highest winning percentage among active players, and avenged a loss to McDonald in Washington earlier this summer.

Nishikori, a native of Japan, beat Djokovic in the 2014 US Open semifinals to become the first Asian Grand Slam men’s singles finalist before losing to Marin Cilic.

Olympic gold medalist Alexander Zverev also cruised to the third round with a 6-1, 6-0, 6-3 win over Albert Ramos-Vinolas. Zverev is trying to make the US Open final for the second straight year. He won the first two sets last year in the final against Dominic Thiem before losing the match in his first Grand Slam final.

Zverev won the gold medal at the Tokyo Olympics and is one of three players with four titles this season. He needed only 74 minutes to win his 13th straight match.

The top players weren’t the only ones who had success in Round 2.

Five qualifiers reached the third round: Oscar Otte, Peter Gojowczyk, Henri Laaksonen, Alex Molcan and Botic van de Zandschulp. It’s the most qualifiers the to reach the third round of the US Open since 1984, and the most in any Grand Slam third round since the 2011 French Open had six.