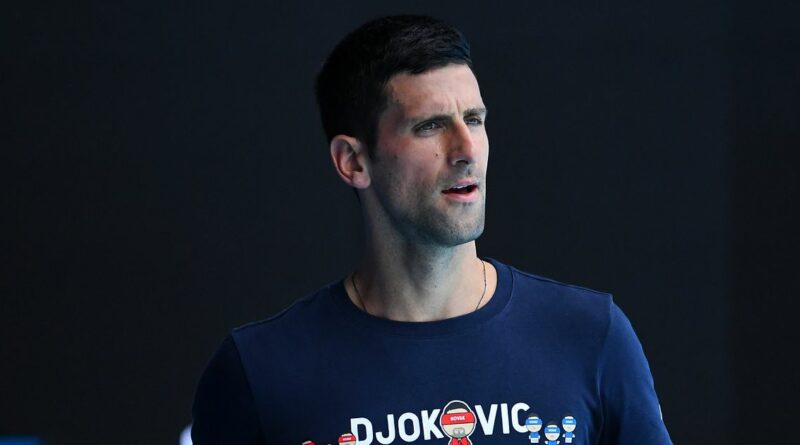 Novak Djokovic reportedly faces the possibility of being frogmarched to Melbourne Airport by armed guards despite him continuing to fight against being deported from Australia.

On Friday, the country's immigration minister Alex Hawke revoked the Serbian star's visa for a second time, after it emerged he had provided false information on his immigration forms when he first tried to enter the country.

To exacerbate matters further, the unvaccinated Djokovic had to admit to deliberately breaking isolation rules in Belgrade after testing positive for Covid on December 16 – the very factor which saw him granted a medical exemption to compete in the Australian Open.

Djokovic has been asked to report for a meeting at 8am Saturday morning with immigration officials, after which he will be taken back to. a Government detention hotel for a night before attending court via video link.

Should he lose his case last-gasp case however, a report in The Sun says the 20-time Grand Slam winner will be promptly taken to the airport by armed police.

According to gotocourt legal website , when an application to remain in Australia is rebuffed then the individual in question will be arrested and removed from the country.

"Unless you leave voluntarily, you will be arrested and removed from Australia," writes lawyer Michelle Makela.

Immigration expert Abdul Rizvi. speaking on Channel 10 programme The Project, explained the likely procedure that Djokovic will endure should he be deported.

"The cancellation notice (would be) taken by Australian Border Force (officers) who usually dress in very, very dark uniforms and often carry guns turning up to Mr Djokovic's hotel or on the tennis court."

As is policy Djokovic, who was won the tournament at Melbourne Park nine times, would not be permitted to re-enter Australia for another three years, denting his chances of ever winning at the Rod Laver Arena again.

In the meantime, he's likely to spend Saturday getting reacquainted with the Park Hotel in Carlton, where he was sent last week after initially having his visa revoked on arrival.

The establishment, which also serves as a temporary home to asylum seekers, has been savaged by guests for serving food with maggots and mould.

The Australian Open begins on Monday, and organisers have included top seed Djokovic in the main draw, matched with fellow Serb Miomir Kecmanovic in the first round. 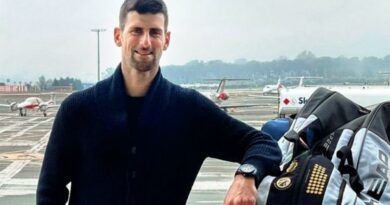