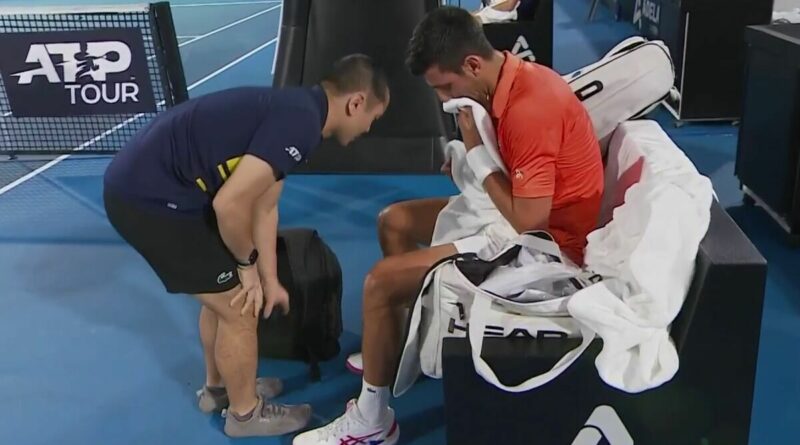 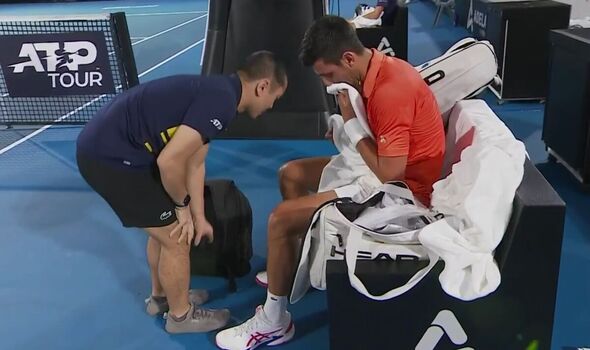 Novak Djokovic was forced to call the physio to court early on in his Adelaide International semi-final against Daniil Medvedev after being spotted stretching his left thigh. The top seed was taken off court for a medical time out after taking an early 5-2 lead over the world No 7.

Djokovic and Medvedev are facing off in a mouthwatering pre-Australian Open clash in the Adelaide semi-final, as the perfect prep for the upcoming Grand Slam with the two men arguably being the two favourites for the title following Carlos Alcaraz’s withdrawal and Rafael Nadal’s injury woes at the end of 2022.

The world No 5 was quick to take an early break lead over the Russian but could then be seen stretching out his leg at the baseline between points, and suddenly called the physio to court after he saved a break point to end his lead to 5-2. The doctor then called for Djokovic to be taken off-court for a medical time out, while Medvedev waited on his bench with no issues over trying to keep warm in the 30 degree evening heat.

As Djokovic’s supporters in Adelaide waited with bated breath, the 21-time Major champion then returned to the court and resumed play, with the third seed managing to hold for 3-5. But things didn’t seem entirely normal again for the top seed as he continued to stretch out his leg between rallies, though he managed to close out the set 6-3 in 45 minutes.

While the assumed muscle tweak will be nothing to worry about in terms of hampering his upcoming Australian Open hopes, Djokovic appeared to show concern as he gestured to his team at the change of ends after winning the first set.

Commentators suggested that the 35-year-old was going through a “battle in his head” over whether or not to retire the match and preserve his body, given how supportive the crowd has been towards him this week. “Of course he doesn’t want to dissapoint all the people that came out to watch him,” one said.

“I think that he might try and go for a little bit more now, try and shorten the points, not put such a toll on his body and see if he can win like that,” he added.

If Djokovic is able to overcome the niggle and defeat Medvedev, he will have to be ready in time for tomorrow’s final against Sebastian Korda. The pair have never faced off before but the 22-year-old said it was going to be a “great learning experience no matter what the outcome.” 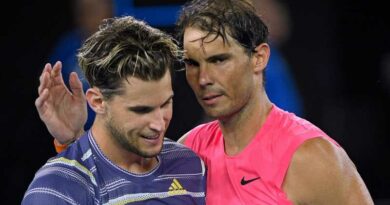