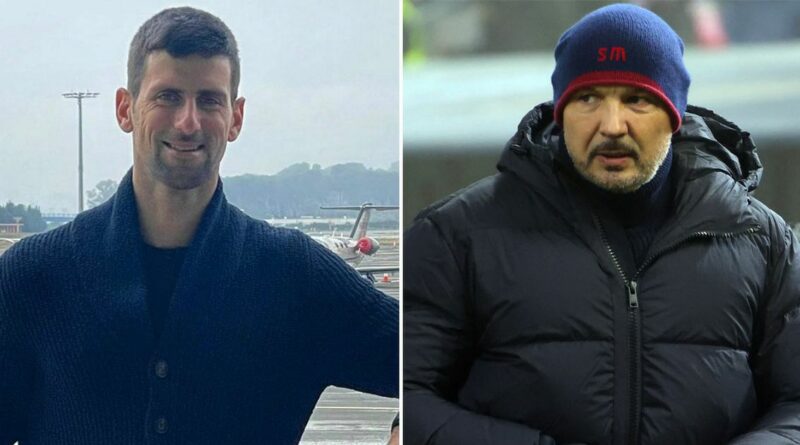 Novak Djokovic's visa turmoil has gripped the sporting world and now even Bologna manager Sinisa Mihajlovic has delivered his verdict on the Serb's predicament.

Djokovic faces an anxious wait to see if he will be allowed to remain in Melbourne to compete at the upcoming Australian Open after dramatically having his visa revoked by border control – with an appeal hearing set for 11pm tonight in the UK.

The tennis world No 1 is currently in a deportation hotel in Melbourne ahead of the hearing, with plenty of his supporters from Serbia protesting in his favour.

There has been plenty of confusion around the visa fiasco, with Tennis Australia coming in for scrutiny regarding the medical exemption while others have taken aim at the Australian government for their handling of the situation.

Meanwhile, there are many who lack sympathy with Djokovic considering he hasn't revealed his vaccination status, suggesting he hasn't been fully jabbed – which was mandatory to fly to Melbourne and compete at the Australian Open.

The Serb had been given a medical exemption but this decision was met with plenty of anger among tennis fans.

But Djokovic has been heavily backed up by Serie A manager and fellow Serb Mihajlovic amid the situation he finds himself in.

As quoted by Italian newspaper Corriere dello Sport, Mihajlovic said: "It's a tricky situation, to me, organisers are at fault.

"They should have followed the government's guidelines and don't guarantee Djokovic that he would play. If he went to Australia, it means that there were the conditions to give him a medical exemption.

"To me, Djokovic is a victim, he is not the man responsible for this mess. It's ridiculous to the world's No 1-ranked male tennis player locked inside a deportation hotel, even if that could shed light on the condition of asylum seekers.

"They should have respected the rules. By doing what they did, they made Djokovic become an anti-vaxx hero."

The whole situation has turned rather ugly just over a week before the Australian Open gets underway, and Andy Murray has admitted that the ongoing saga is a terrible look for tennis.

Murray said, as quoted by Australian newspaper The Age : "I think everyone is shocked by it [the circumstances], to be honest.

"I'm going to say two things on it just now. The first thing is that I hope that Novak is OK. I know him well, and I've always had a good relationship with him, and I hope that he's OK. 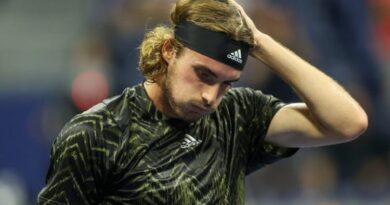