World No. 4 Stefanos Tsitsipas has accused Serbian tennis star Novak Djokovic of “playing by his own rules” and making vaccinated players “look like fools”.

During an interview with Indian news channel Wion published on Thursday, Tsitsipas said it took “a lot of daring” for Djokovic to travel to Australia unvaccinated and put a grand slam at risk. 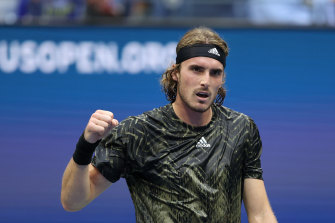 Stefanos Tsitsipas says Novak Djokovic is playing by his own rules. Credit:Getty

“No one would have really thought: ‘I can just come to Australia unvaccinated and not having to follow the protocols that they gave me’,” he said.

“I chose to go and be 100 per cent ready for whatever comes and not having to think about anything else.”

The Greek star, who last year refused to disclose his vaccination status before committing to the tournament, said the overwhelming majority of players had done what they needed to do to play at the Australian Open.

“We’ve all kind of followed the protocols in order to compete in Australia, and we’ve been very disciplined in that part,” Tsitsipas said referring to the requirement to be vaccinated to play in the tournament.

“It seems like not everyone is playing by the rules of how Tennis Australia or some governments have been putting things.

“A very small percentage chose to follow their own way which kind of makes the majority look like they’re all fools or something.”

Tsitsipas’ comments come as Djokovic’s presence in the tournament hangs by a thread, with Australian Immigration Alex Hawke expected to make a decision about the cancellation of his visa on Friday.

A source close to Djokovic told The Sydney Morning Herald and The Age the Australian Open defending champion would immediately appeal in court any attempt to deport him in the hope the matter could be heard over the weekend. 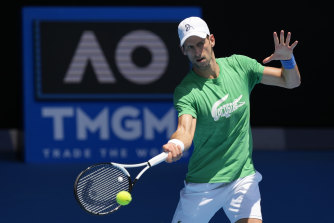 This would allow Djokovic to play fellow Serbian Miomir Kecmanovic, 12 years his junior, during the first round of the tournament on Monday if he beats the government for a second time.

Djokovic’s treatment at the hands of Australian authorities has been a contentious topic, with some expressing unwavering support for the tennis star’s deportation while others defended his rights to remain unvaccinated and defend his title at Melbourne Park.

Earlier this week, former professional tennis player Marion Bartoli came to Djokovic’s defence, slamming the treatment he had received in Australia as unfair.

However, the 2013 Wimbledon champion conceded the Serbian star would ultimately need to get vaccinated if he wanted to continue competing in the international arena.

“I sincerely hope the minister will not use a sort of single power to dismiss the judge because that will send really the wrong message across,” she told BBC Radio 5.

“But still, the bottom line is Novak will have to find a way to get the vaccine because otherwise this problem he will have to face it way too often for him to play in the arena environment and to win more grand slams, which is ultimately what he wants to do.”

Konta coasts into third round at Eastbourne with straight-sets win 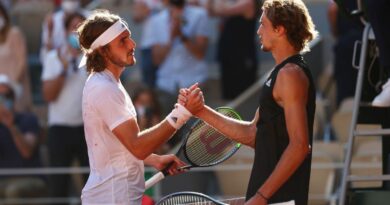