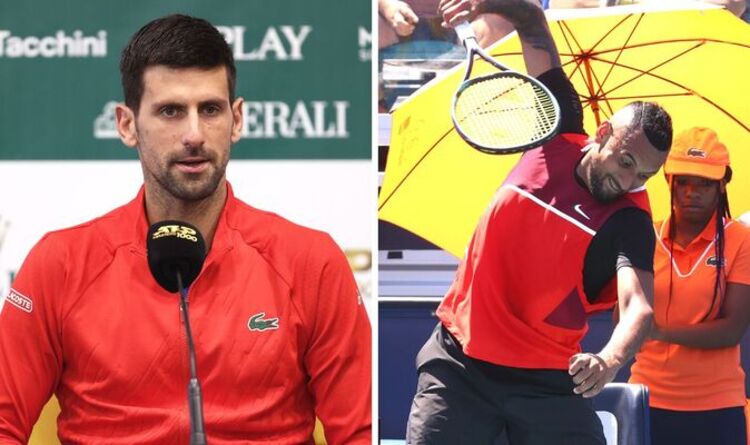 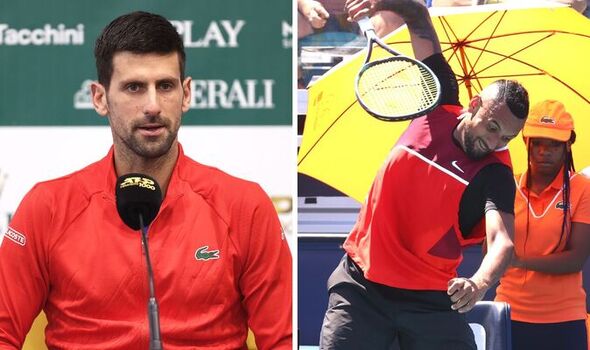 Novak Djokovic is back in action in just his second tournament of the year this week at the Monte Carlo Masters. Ahead of his return, he opened up on the “really challenging” months he’d had away from competition.

Last week saw Belinda Bencic, Reilly Opelka and David Goffin pick up titles in Charleston, Houston and Marrakech while there was plenty going on off the court. The ATP was forced to send out a circular to players after “an unusual frequency of high-profile incidents involving unsportsmanlike conduct” in the first three months of the season, including outbursts from Alexander Zverev in Acapulco and Nick Kyrgios during the ‘Sunshine Double’.

Russian players including ATP world No 2 Daniil Medvedev are still facing the threat of a ban from Wimbledon after it emerged the All England Club could step in themselves to bar players from the nation amid the war in Ukraine. And after speculation over Serena Williams’ tennis future when her long-time coach Patrick Mouratoglou confirmed he would now be working with Simona Halep, the 23-time Major champion hinted she would be back for Wimbledon.

Express Sport takes a look at some of the biggest stories from on and off the tennis court over the last week.

Djokovic shares “challenges” as he returns to competition in Monte Carlo

Novak Djokovic is back in action this week at the Monte Carlo Masters. He has only played the ATP 500 in Dubai so far this year where he lost to qualifier Jiri Vesely in the quarter-finals, with his unvaccinated status preventing him from playing the Australian Open, Indian Wells and Miami. The world No 1 opens his campaign against Alejandro Davidovich Fokina and could face a mouthwatering clash against Carlos Alcaraz in the quarter-finals.

Ahead of the tournament, the 20-time Major champion admitted it had been difficult sitting on the sidelines for most of the 2022 season. “I miss competition,” he said. “I still feel motivation to be on the tour and compete with young guys and try to challenge for the biggest titles. The last four to five months have been really challenging for me mentally and emotionally, but I will try to leave all of that behind and move on.”

Smiling, he also added: “Once I start playing matches, then I will have to deal with everything that probably has been dormant inside and is maybe waiting to come out. I’m trying to deal with it on a daily basis or weekly basis. If something surfaces, I acknowledge it and move on.” Djokovic also has the Serbia Open, Madrid Masters and French Open on his schedule for the clay swing so will be back to playing regularly for the first time this year.

JUST IN: Barty responds to golf rumours as she announces first post-tennis plan

Two bodies of the sport were forced to issue threats to certain players last week in the wake of recent events. Russian and Belarusian players, including the likes of Medvedev, have been facing a ban from Wimbledon this summer unless they provide “assurances” that they do not agree with Putin after the invasion of Ukraine, and now the AELTC could impose a ban themselves thanks to their private club status. They have just weeks to decide whether players from the countries can compete with the entry deadline in mid-May.

The ATP warned players last week after high-profile outbursts from Zverev in Acapulco, where he smashed an umpire’s chair with his racket, and Kyrgios narrowly missed hitting a ball boy when he threw his racket in Indian Wells then fumed at umpire Carlos Bernardes during his Miami last-16 match.

ATP Chairman Andrea Gaudenzi confirmed that rules would be tightening to clamp down on the unsportsmanlike conduct violations seen in the first three months of the season, writing: “Effective immediately, and as we had into the clay court swing, the ATP officiating team has been directed to take a stricter stance in judging violations of the Code of Conduct. Additionally, we are also undertaking a review of the Code, as well as the disciplinary processes, to ensure that it provides appropriate and up-to-date penalties for repeat offenders.”

Williams has been out of competition since Wimbledon last year, when she slipped on the Centre Court grass just minutes into her opening match against Aliaksandra Sasnovich and was forced to retire in tears at 3-3. Her coach of ten years, Patrick Mouratoglou, announced last week that he would be working with former world No 1 and two-time Major champion Halep in the short-term after a conversation with Williams.

The news led many to speculate when, if ever, the 23-time Grand Slam champion would return to competiton with her coach now needing to busy himself with one of her rivals, who beat the American in the 2019 Wimbledon final, but Williams was quick to drop a comeback hint soon after the news of Halep and Mouratoglou’s link-up.

Now down at No 243 in the world, Williams posted an Instagram story video with Packers quarterback Aaron Rodgers from the Bitcoin conference in Miami saying: “We’ve been talking about my comeback. He’s been hyping me up and getting me ready for Wimbledon.” When Rodgers asked her about the US Open, the former world No 1 again hinted she’d be back at the site of her last tournament of 2021, adding: “Wimbledon’s before the US Open, I gotta play Wimbledon first.” 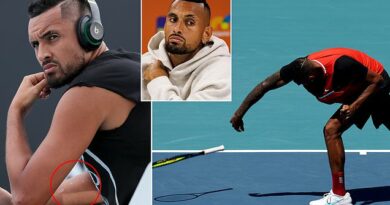 Kyrgios 'spiralled out of control' before beating his mental demons 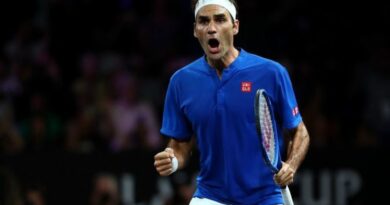 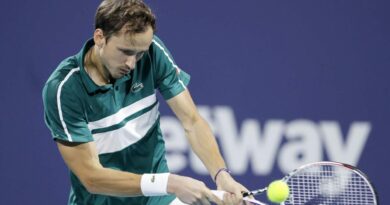 Medvedev’s devastating diagnosis forces him out of Monte Carlo