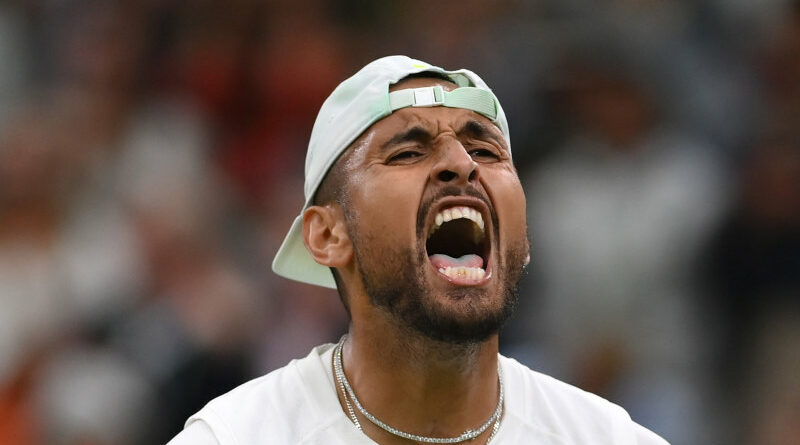 Wimbledon still has a couple of days to go, which is helpful because 48 hours gives us time to have another 48 opinions on Nick Kyrgios, to add to the thousands of opinions we’ve had on Nick Kyrgios over the past eight years. 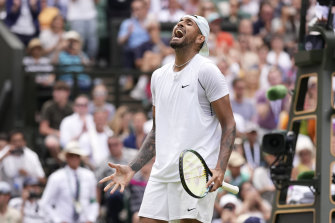 Kyrgios is now a human hot-take generator, in that the endless hot takes on him now generate their own hot takes about the hot takes on the earlier hot takes, and on and on until we die.

You’re reading one right now, so please watch for any sudden change in your vital signs.

To sum up our rollercoaster journey with the tennis terror from Canberra, let’s go to the social media-speak Nick himself loves so much: It’s complicated. WTAF. FFS. And so on.

You can sensibly and sarcastically wonder out loud what it is the Kyrgios fans love about him. Is it the verbal abuse? The violent treatment of racquets and balls? The spitting? The tanking? The narcissism?

Equally, you can ask the Kyrgios haters what it is they hate. Is it the breathtaking talent? The shot-making audacity? The charming impudence of his approach to the game’s stuffed shirts? His refreshing honesty that winning isn’t everything?

Kyrgios contains multitudes, and it is possible that by Monday he will also contain a Wimbledon title, a triumph that will challenge us to reconsider him once again. Rarely have Australian sports fans been presented with a dilemma quite like the one we face this weekend.

As a lifelong tennis nut, my own journey with Kyrgios has been a long and complicated one. I remember the time he first made me sit up with a start in the middle of the night, saving nine match points on his way to the Wimbledon quarter-finals in 2014.

Everything seemed possible then. I loved the guy, and I’ve spent a lot of money supporting him, flying to Darwin to watch him in the Davis Cup, and finding myself sitting next to Ken Rosewall on Rod Laver Arena the night Kyrgios played Nadal at the Australian Open in 2020.

Rosewall (who seemed bemused by Kyrgios more than anything else) never won Wimbledon, but he was a living reminder of a time when Australians always did. From 1922 to 1972, Australian players hoisted the men’s trophy 18 times. In the 50 years since we’ve managed it just twice, Pat Cash in 1987 and Lleyton Hewitt in 2002.

We desperately want another man to win the greatest title, but Kyrgios – with as much raw talent as any Australian player has ever had – complicates the hope. And some of that complication is actually quite simple for some of the reactions: it’s racism.

But racism does not explain all or even most of the contentious relationship.

I fell off the Kyrgios bandwagon last year, and after eight years of ferocious loyalty I’m finding it very hard to get back on it – even with a Wimbledon title in sight. The eternal promise had given way to eternal complaining. The bad behaviour too often crosses the line. The self-aggrandisement – the boasting about his crowd sizes and his self-proclaimed stature as the saviour of modern tennis – can sometimes even echo Trump in its narcissism.

And so here we are, wondering what comes next.

Perhaps we can look to the past to summon some optimism. Hark back to John McEnroe, who was literally persona non grata at Wimbledon (they refused him the honorary club membership given to all champions) until his genius and his grit turned him into a beloved elder of the sport.

Ditto with Andre Agassi, who gave Kyrgios a run in the punk stakes as a youngster. He even boycotted Wimbledon for years because of the all-white dress code. Then he turned up, pure as driven snow wearing white tracksuit pants like a spirit returned from the 1920s, and won the whole show. Agassi 2.0 was born right there on the hallowed London lawns, past demons cast aside.

Could history repeat? Will we come to love Kyrgios like we did those other tennis toddlers of the past? We’re about to find out if Nick can wake up to the fact that the grass really is greener on the other side. 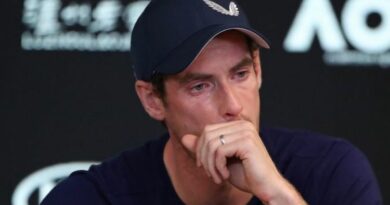 Wimbledon final: Who was the boy doing the coin toss for Roger Federer vs Novak Djokovic?