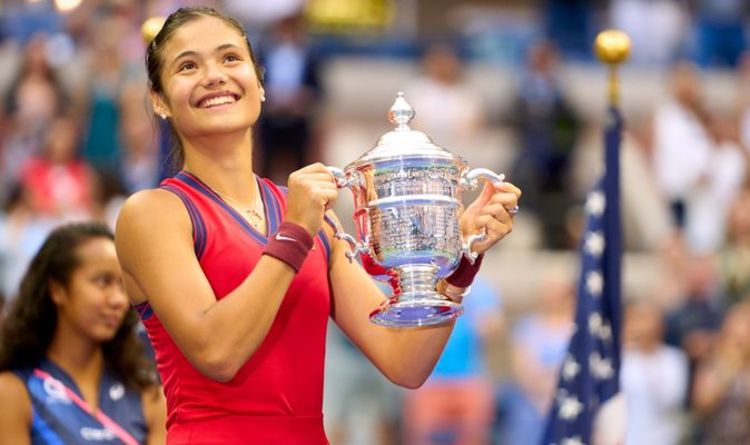 In a matter of months, Emma Raducanu has gone from a teenager ranked No 338 in the world and sitting her A Level exams, to a top 25 player, US Open champion and household name in the sporting world. The 18-year-old made history as the first qualifier ever to win a Grand Slam when she picked up the title at Flushing Meadows on Saturday, and has since been inundated with invitations to red carpet events and TV appearances, but admitted her victory still hasn’t “sunk in”.

Raducanu came to New York ranked at a then-career high No 150 in the world, winning three qualifying matches and seven main-draw matches without dropping a set as she stormed to the title.

The Bromley teenager became the first qualifier in history to make a Major final, going one better by sealing victory, and the first player to win the title on just their second appearance at Grand Slam level.

She has since risen to newfound levels of superstardom, receiving a last minute invitation to attend the most prestigious event in the social calendar – the Met Gala – while another invite to the latest James Bond premiere in London awaits her back home.

While it’s not Raducanu’s first taste of success at Grand Slam level, she has since admitted she still has a “funny feeling” after winning the US Open.

JUST IN: Sandgren disqualified from ATP event for striking line judge with ball

Will Djokovic lose out to Nadal and Federer? Can Raducanu copy Serena? Have your say in our tennis poll.

Speaking on her first 72 hours after winning the US Open, she told the WTA Insider: “I feel great. Everything that’s happened in the last 72 hours has been so much fun and really exciting.”

As well as her attendance at fashion’s biggest night out, the new world No 23 has also appeared on Good Morning America and The Today Show, as well as being invited to the New York Stock Exchange.

“It’s been busy, but I can’t complain at all because I’ve just been having such an amazing time and experience in New York,” she continued. “I’ve got some amazing opportunities and I’m just really grateful to be able to do the things I’ve been doing.”

While the champion has cemented herself as one of the biggest new names in the sporting world, she had already put herself on the radar when she had an impressive Grand Slam debut at Wimbledon less than three months ago.

Raducanu received a last-minute upgraded wild card into the main draw, originally only being granted one for qualifying, and made the most of it by storming to the second week before retiring her fourth-round match with breathing difficulties.

Her run made her something of a well-known name in British tennis but it’s her incredible 20-set streak to win the US Open title that has made her an international household name almost overnight.

“I’m just really happy,” she said of her first few days as a Grand Slam champion, admitting that her victory still hadn’t quite set in.

“It still hasn’t really sunk in, but occasionally I’ll remember that I won the US Open. So yeah, a really funny feeling.”

While the victory is yet to completely hit the 18-year-old, she also shared how happy she was with the way she played throughout her three weeks in the qualifying and main draw.

“The biggest thing is that I never once got ahead of myself,” she admitted.

“For three weeks I just played the opponent in front of me, I took care of what I wanted to try and achieve on that day against that opponent, and just repeated it for three weeks.

“I played some really great tennis against some extremely tough opponents and faced a lot of adversity despite the fact that I didn’t drop a set. Those sets could have gone either way, a lot of them, because they were very tight games and the margins are so small.”
Source: Read Full Article 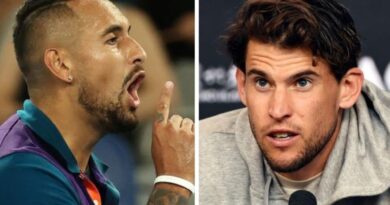