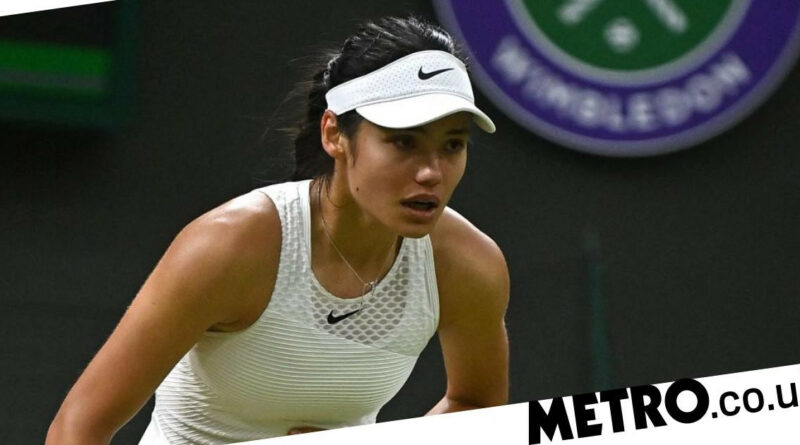 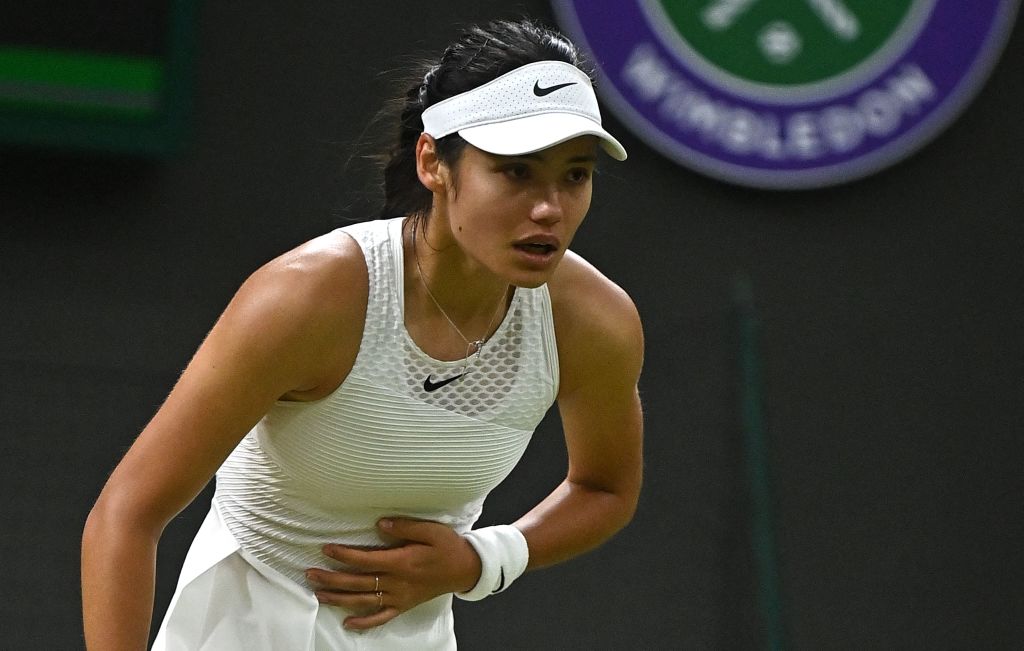 Emma Raducanu’s remarkable run to the fourth round of Wimbledon was brought to a devastating end on Monday night as she retired from her last-16 tie with Ajla Tomljanovic.

A set and 3-0 down, Raducanu was treated on Court 1 before leaving the stadium for further treatment.

Minutes later, Tomljanovic – who takes on compatriot and world No. 1 Ash Barty next – was told the match was over, with Raducanu not returning to the arena.

The 18-year-old didn’t do a post-match media conference, with tournament officials later confirming the reason she had withdrawn was due to ‘breathing difficulties’.

And on Tuesday afternoon, she released a statement on her withdrawal.

‘At the end of the first set, after some super intense rallies, I started to breathe heavily and felt dizzy,’ she posted on social media.

‘Maybe it’s not a shame this has happened right now when she is 18. I played this tournament at 18 and in a way I was happy I lost.

‘I was able to understand what it would take to make it. Allow her to take some deep breaths and maybe get some wildcards.’

McEnroe was heavily criticised on social media, with Tomljanovic branding his comments as ‘harsh’ in her post-match press conference.

‘I wasn’t a hundred percent sure what was wrong with Emma,’ said Tomljanovic. ‘I did hear the reasoning. I’ll start with saying that I can’t imagine being in her shoes at 18 playing a fourth round in your home country. It’s something I can’t even imagine.

‘For him to say that, it’s definitely harsh. I have experienced something similar but not to that extent. I know that it’s a real thing. I’ve spoken to athletes that have gone through that. It’s not easy.

‘When I heard the reasoning, I almost felt worse about it because I know how bad that can feel. But then again, it didn’t happen to me. I can’t imagine how she must be feeling having to pull out. Being down 6-4, 3-Love, you can come back from that quickly, especially on grass.

‘It’s really sad that she had to do that. I do feel sorry.’

TV broadcaster Piers Morgan and former England cricketer Kevin Pietersen have both weighed in on the situation – agreeing with McEnroe’s assessment – with Andy Murray defending the young Brit in response.