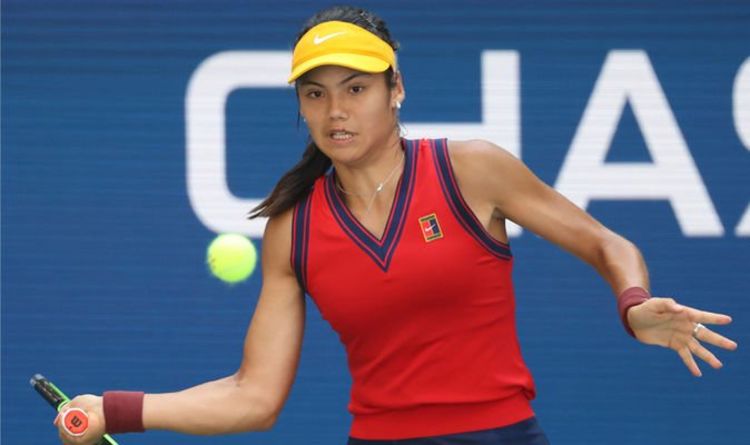 Emma Raducanu has stunned the world by progressing to the US Open semi-finals – and admitted that she booked flights home for after the qualifying period, with the Brit not expecting to get this far in the competition.

The Brit beat Belinda Bencic in straight sets to carry on her brilliant record of not dropping an entire set throughout the tournament – now stretching to an amazing 16 sets.

Raducanu won 6-3, 6-4 in the quarter-finalls to rise to the world’s top 50 and become the British women’s number one.

She has become the youngest British player to reach the US Open semi-finals in the Open era at just 18 years old, making headlines across the world as a result.

And having knocked out Bencic on Wednesday night, Raducanu told the media that she was simply enjoying the whole experience.

JUST IN: Raducanu reacts to becoming British No 1 after stunning US Open win

Having heartbreakingly retired in her fourth-round game against Ajla Tomljanovic at Wimbledon, the Brit was expected to go home in the qualifiers at the US Open.

But having won the hearts of Britain and the tennis world, Raducanu has gone from strength-to-strength.

“When you’re playing tournaments, you just get into this sort of auto-pilot mode of your routines, recovering on the day off in between,” she said.

“I didn’t expect to be here at all.

“Out there on the court today, I was saying to myself, ‘This could be the last time you play on Ashe, so might as well just go for it and enjoy everything’.

“I think my flights were booked at the end of qualifying, so it’s a nice problem to have.”

Raducanu takes on Maria Sakkari in the semi-final later on Thursday, in a bid to astonishingly make the final.

She would become one of the youngest women to win the US Open in history should she achieve the feat – although not quite breaking the record Tracy Austin set in 1979 at just 16 years old.

But it is her underdog status at the start of the competition which is so impressive.

And after missing the US Open last year, Raducanu has certainly announced herself on the global stage at the Arthur Ashe Stadium. 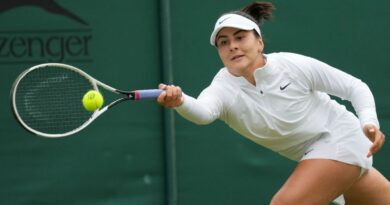 No. 5 Andreescu out after latest loss to Cornet