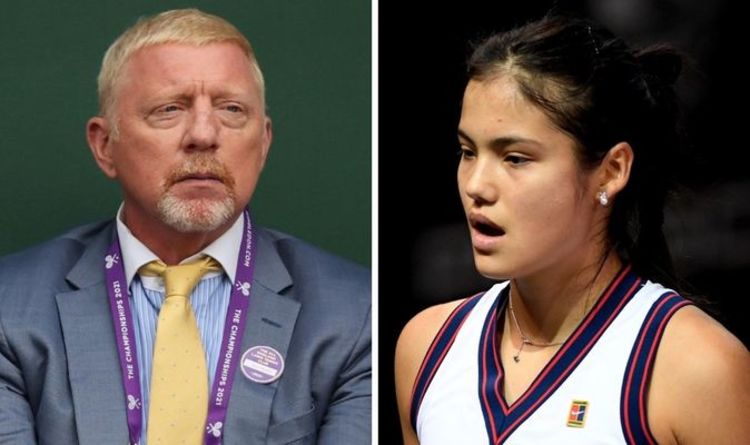 Boris Becker knows exactly how it feels to break onto the scene as a teenager and become an instant star overnight. Emma Raducanu is facing a similar situation now after winning the US Open just three months after bursting into the public eye.

It’s been a whirlwind summer for Raducanu after making a name for herself as a wildcard at Wimbledon.

Despite having to withdraw from the fourth round under heartbreaking conditions, Raducanu had already done more than enough to build up a strong fan base and the respect of her peers.

Nobody would have predicted what was going to follow in just a few weeks.

Heading into the American swing, Raducanu entered a number of smaller events to build up some confidence and competitive experience on the hard courts.

The British teenager reached the final at the Chicago Challenger just before starting the qualifying rounds at the US Open and that appeared to give her that extra impetus to make the next step.

Nobody could deal with the 18-year-old at Flushing Meadows as she quickly bypassed everyone to reach the first-round proper.

Even more impressive though was how she dealt with established WTA Tour players such as Shelby Rogers, Belinda Bencic and Maria Sakkari to reach the US Open final.

What happened next sent shockwaves around the world as Raducanu made history in becoming US Open champion.

But she’s struggled since having parted ways with coach Andrew Richardson and the demands on the WTA Tour have taken their toll on the British tennis sensation.

Becker knows all too well what it means to win a Grand Slam at such a young age having won Wimbledon at just 17 years old.

And the German tennis icon admits it is a strange phenomenon as a young player looking to find the right coach.

“It’s all very bizarre when it comes to looking for a coach,” he said on Eurosport’s Das Gelbe vom Ball podcast.

“It’s hard enough to win a Grand Slam as a teenager, almost impossible.

“But it is much harder to keep this form if there is a constant tournament to be won every year.”

He added: “I have had some experience there too, so I can fully understand Raducanu’s stomach-ache.

“Maybe she should focus on finding a real coach.

“It would be important for her to have an experienced coach who has already trained with other world-class players.

“For me, this is the next step that she needs to achieve consistency in her performance.

“In May, she graduated from high school, the US Open was her second Grand Slam tournament, then she became the winner – that is an incredible achievemtn.

“The most important question for her now is: Who is my mentor, who is my protection?” 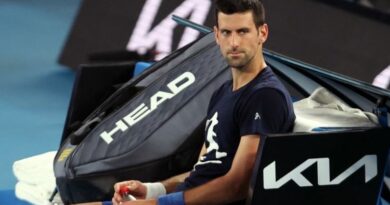