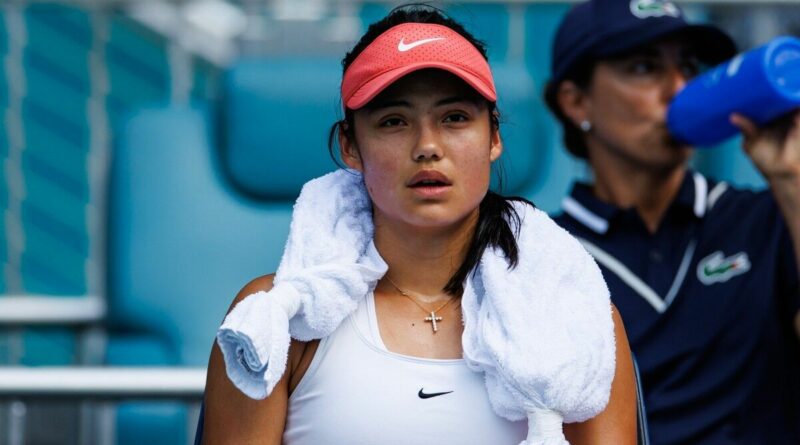 Emma Raducanu’s prepaeration for Wimbledon this year has been far from straight forward, following a number of recent fitness problems. Raducanu shot to fame last September, as the teenage qualifier shocked the sporting world to win the US Open at Flushing Meadows.

The teenager became a tennis sensation overnight, but since her historic win things certainly have not gone to plan. With the added limelight of becoming a Grand Slam champion has of course come added pressure, with the 19-year-old now one of the most watched stars on the WTA Tour.

Since Flushing Meadows though, Raducanu has struggled to repeat her heroics during the regular tour season. As a result, the 19-year-old has failed to win more than two games at a single tournament across the backend of 2021 and throughout the 2022 season.

One key aspect behind her underwhelming run has been the fitness issues the British star has endured whilst out competing. Raducanu has been forced to pull out of a whole host of tournaments this year – many mid-match – including the recent Nottingham Open in her grass court preparations for this month’s Grand Slam event.

JUST IN: Andy Murray provides fresh injury update with Wimbledon a week away 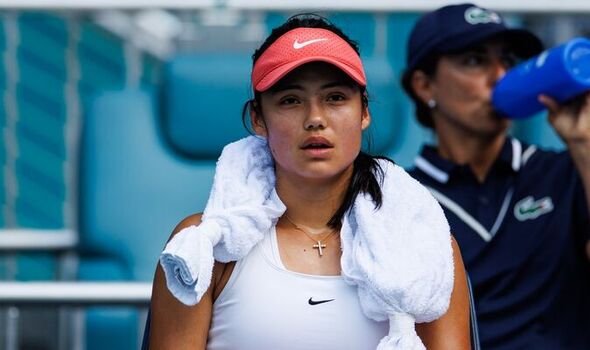 The 19-year-old required medical assistance just minutes into her clash with Viktorija Golubic, before retiring from the clash soon after. Raducanu left the court clutching her side and faced a race against time for Wimbledon, after missing Eastbourne International and last week’s Birmingham Classic.

The British teenage sensation is no stranger to having fitness issues at SW19 either, after being forced to withdraw midway through the tournament last year. Her performance at Wimbledon 2021 was arguably the first time Raducanu made a name for herself, starting the event as a relatively unknown wildcard.

Remarkably, the youngster fought her way all the way through to the round of 16, before a dream Wimbledon debut harshly came to an end against Australian Ajla Tomljanović. As a result, after finding herself 6-4, 3-0 down Raducanu was forced to withdraw from the tournament due to breathing difficulties midway through the clash.

Whether the 19-year-old even makes it that far this time around though remains to be seen.