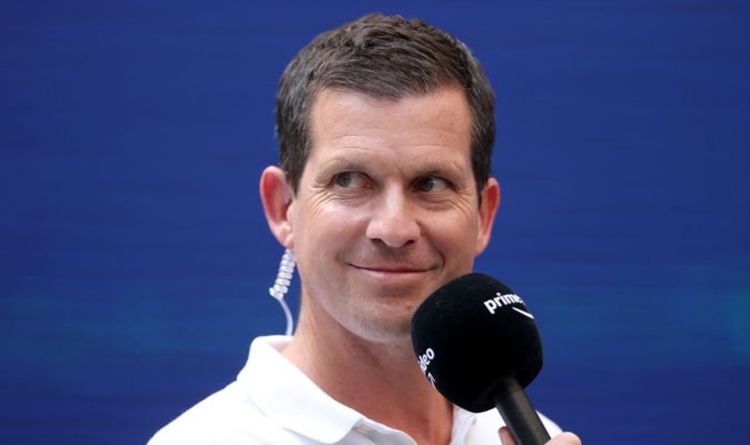 Former British number one Tim Henman says US Open champion Emma Raducanu needs to ‘reflect and plan for the future’ before she appoints a new coach. Raducanu split with Andrew Richardson in the wake of her Flushing Meadows glory last month.

The 18-year-old had only been working with Richardson since July after parting ways with Nigel Sears, who had steered her during this year’s Wimbledon.

Raducanu will be back in action next week as the Indian Wells tournament gets underway in California.

The teenage sensation has been spotted with the Lawn Tennis Association’s national coach Jeremy Bates as she prepares for the tournament.

Bates is in California with British number six Katie Boulter, who he has been coaching for several years.

“First and foremost, Jeremy is out there in his role with Katie Boulter and is also involved in British women’s tennis,” Henman told talkSPORT on Monday.

“It is great that he can be there to support and if she’s got any questions around her matches or just be there to organise practice, it’s a familiar face.

“November and December will be time for her to reflect and plan for the future.

“In terms of who that coach might be, I’ve got no idea. She needs to sit down and see who is available.

“I’m sure there will be lots of interest in the job. Hopefully then she can put someone in place to build on the enormous success of the latter part of this year.”

Raducanu burst into the limelight this summer when she reached the fourth round of Wimbledon in her maiden Grand Slam appearance.

She then defied the odds to win the US Open, despite being a rank outsider before the tournament began.

Raducanu was so dominant at Flushing Meadows that she didn’t even drop a set.

The teenager, who had to win three qualifying matches before the tournament even began, cruised to the final before defeating Canadian Leylah Fernandez.

That victory has seen Raducanu rise to number 22 in the world rankings and she will no longer be compelled to qualify for the major tournaments.

The Bromley-born tennis sensation will automatically be in the draw for her first Australian Open in January, as well as her maiden French Open, which begins in May.

Raducanu will then get a warm welcome on home soil when she plays at Wimbledon next June and will look to defend her US Open title when it gets underway in August.

The youngster will also play in a string of WTA tour events which take place throughout the year.