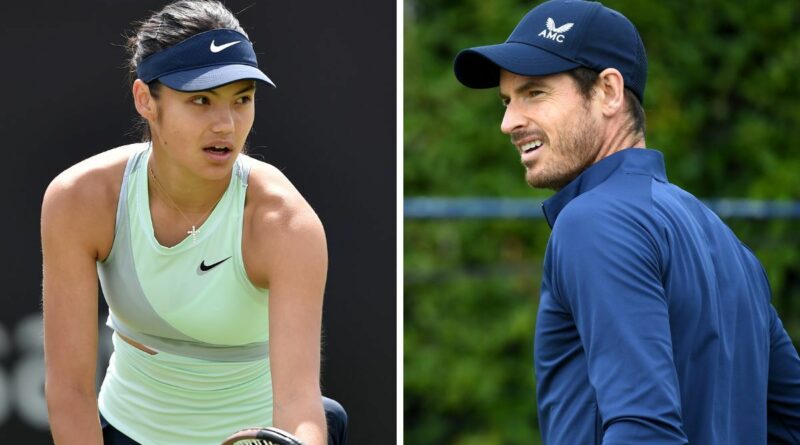 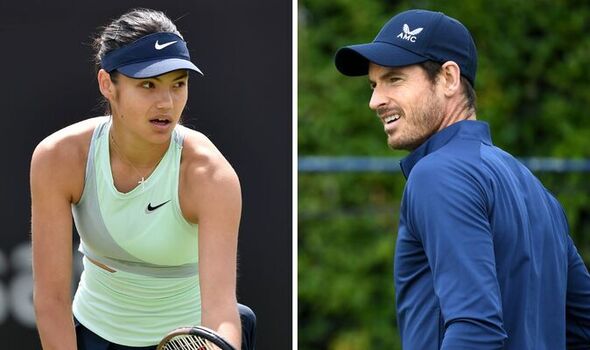 Andy Murray has called on the media to let Emma Raducanu “be who she is” as the 19-year-old prepares for her homecoming at Wimbledon. The Bromley local made her Grand Slam debut as a wildcard at the tournament a year ago, storming into the second week, before becoming the first qualifier to win a Major title at the US Open weeks later.

Raducanu is preparing for her first Wimbledon since becoming a top 15 player and Grand Slam champion. The teenager has already sparked injury concern with a spate of issues and niggles in the last few months, including at the recent Nottingham Open, but looks set to be fit for a return to the All England Club.

In the midst of her first British grass court season since her unprecedented US Open win, Murray has issued a plea after sharing his own experiences of being judged early in his career. “I think there needs to be a level of trust and respect between the player and the media,” he told Matt Graveling.

“I also had problems early in my career where maybe certain things that I said got taken out of context or jokes that I might have made turned into big stories and big headlines where it turned things a bit sour and negative.” Defending the 19-year-old, he added: “Just let her be who she is, and you know, she might say some things that are a joke or that she maybe doesn’t mean or whatever.”

JUST IN: Harriet Dart on ending ‘toxic relationship’ and improving her form

Murray had faced some criticism for making jokes about the rivalry between Scotland and England early on in his career, and issued a reminder that athletes made the same mistakes as normal teenagers. He continued: “There’s a few people in this room I’m sure when they were 18, 19, made some mistakes and did some things they shouldn’t have done and said some things they definitely shouldn’t have said, and athletes are the same.

“We will make mistakes and say the wrong thing at times but just maybe don’t judge us too harshly when we do that and I’m sure that would help Emma a little bit.”

While Raducanu is looking to recover from a side injury she picked up in Nottingham last week, Murray himself has been struck down ahead of Wimbledon. The world No 47 suffered an ab injury during his Stuttgart final against Matteo Berrettini.

A scan showed it was a strain with the two-time Wimbledon champion hoping to be back at the All England Club in less than two weeks but he was forced to pull out of Queen’s this week and has ruled himself out of next week’s ATP 250 event in Eastbourne though is open to playing an exhibition match at the Hurlingham Club.

Emma Raducanu focused on ‘sparring partners’ after splitting with coach

Wimbledon 2020 ticket ballot: When does the ballot open for 2020 tickets?