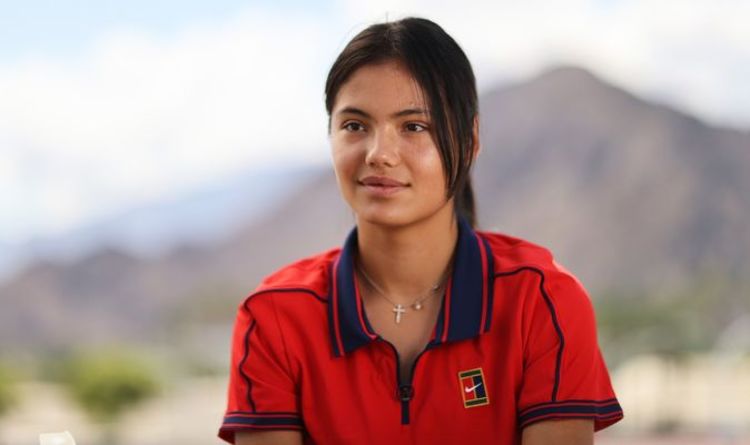 Emma Raducanu has admitted she may not be replicating a tactic that guided her to Grand Slam success while playing in Indian Wells this week. The Brit is competing for the first time since her historic US Open title run, where she became the first-ever qualifier to win a Grand Slam.

The US Open wasn’t Raducanu’s first taste of a fairy-tale run at Grand Slam level, as the 18-year-old received a last-minute wild card into Wimbledon earlier this year and made it all the way to the second week while ranked down at world No 338.

She then shocked the world by coming through three rounds of qualifying and seven main-draw matches without dropping a set to win the US Open as a qualifier, making her the first in history to do so, as well as the first woman to lift the title on her second appearance at Major level.

It means the Bromley local now has an impressive success rate at the Grand Slams, at just 18-years-old.

One secret to Raducanu’s success has involved her phone, as she revealed she “gave it away” during the US Open and didn’t check her messages or social media during her run at Wimbledon, allowing her to focus on the tournament one match at a time.

While time away from the phone helped her win the US Open, the teenager has admitted she is yet to do the same in Indian Wells, her first tournament since winning the Grand Slam in Flushing Meadows less than a month ago.

“I think that is something I have done in Wimbledon and US Open,” she told reporters ahead of the tournament.

“I really enjoy catching up with messages afterwards but at the time I want to stay in the zone and focus.”

Raducanu has not ruled out playing a tournament without checking her phone again, and may change her mind during Indian Wells, but has chosen to go against her US Open tactic as she begins her campaign for the BNP Paribas Open title.

She added: “Maybe I will continue to do it but right now I have got it with me.”

The recent US Open champion is happy to focus on the future and says she won’t hold onto her win in New York as she prepares to play in Indian Wells, as well as upcoming WTA events in Moscow and Romania.

Raducanu spent some time at home in Bromley before returning to America for Indian Wells, where she watched back her championship match multiple times, but now has her attention on the Californian desert.

Speaking on her experience watching back the US Open final, she said: “The final was an amazing match.

“I think the level and quality I really realised that whilst rewatching it, it was such a cool experience and sometimes you do just rewind and relive the moment and the feelings.

“It’s great to reflect and have that so gradually it sort of sinks in. I am just super proud of the achievement. I am now looking forward. I am not going to cling on to that. I am still hungry for more really.”

The world No 21 is more than happy to be making her debut in Indian Wells, with the 1000-point ATP and WTA event often dubbed the ‘fifth Grand Slam’.

“It’s really nice,” she said, speaking of her experience arriving at the tournament as a new staple of the pro tour.

“All the players are all very friendly. I am still really new on the Tour. It’s pretty cool. To be here in Indian Wells, it’s my first time here, but the desert is beautiful. I feel really grateful I can play at such a nice venue and location and good tournament.”
Source: Read Full Article 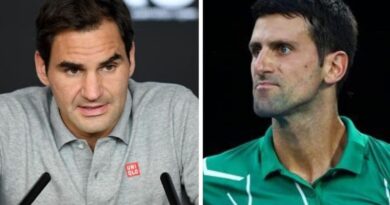