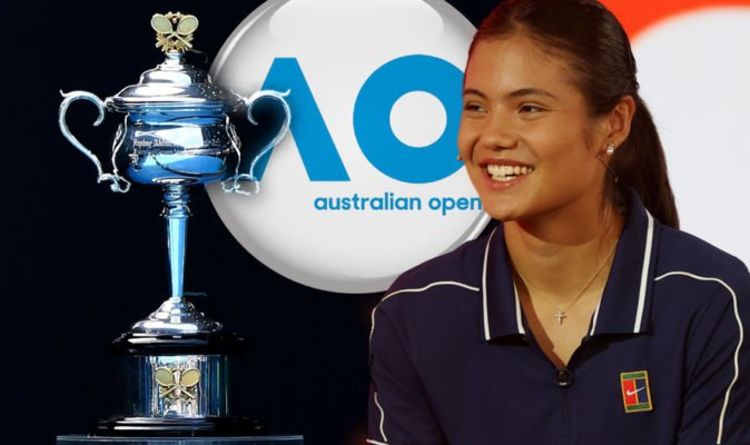 Emma Raducanu is prepared to do without her Christmas turkey as she now sets her sights on the Australian Open title. The British teenager stunned the world at the US Open two weeks ago when she became the first qualifier in the open era to win a Grand Slam – and she is aiming to build on that triumph by winning in Melbourne in the first Slam of next season, in January.

But players who take part in Melbourne face having to cancel their Christmas at home – and spending it in a hotel room Down Under.

Qualifying for the tournament is expected to begin over the holiday period and end on Christmas Eve, and players in the main draw will also be flying out to Melbourne over the festive period, and then be expected to be in a quarantine bubble ahead of build-up tournaments in January.

Raducanu, who on Friday announced that had ditched coach Andrew Richardson, said: “I wasn’t aware – but whatever needs to be done to be able to play the Australian Open, I’ll do.

“It’s not even a battle in my mind. I want to be at the Australian Open, so whatever it takes to do, I’ll go.”

The 18-year-old has not yet decided where she will play next. She could be given a wild card for Indian Wells next month, and is entered for the Kremlin Cup in Moscow which starts on October 10.

Amazingly, Raducanu, despite her exploits in New York and at Wimbledon, is yet to beat a player in the WTA top 10.

She said: “I want to beat anyone who’s in front of me. I’m hungry. I like to challenge myself. It’s going to be extremely difficult to beat a top 10 player – but I’m up for it.

“Even if I lose it would be a great learning experience.”

As for possibly now being ranked as one of the favourites for Melbourne, Raducanu said: “After one tournament, you can’t really say I’m a favourite – I’m still so new to everything.”

Raducanu has meanwhile axed mentor Richardson and revealed she is looking for a new coach with more top-level experience to guide her in the next stage of her meteoric tennis career.

Lawn Tennis Association coach Richardson is the man who guided Raducanu, 18, to her astonishing US Open triumph – and has known her since she was 10 years old.

But Raducanu has decided she needs a top-level coach to build on her Flushing Meadows glory – and admitted that the conversation with Richardson was “tough”.

Raducanu said: “Obviously having had such an experience, it’s tough to have that conversation with anyone.

“But I need someone who’s had that professional tour experience, been through it and seen players in my situation going through the same – because it’s going to take a lot.

“The players at the top and on the tour are serious competition and serious players.

“I need someone right now who has been through that and can guide me, because I’m still very new to everything.”

Raducanu, who became the first British woman to win a Grand Slam since Virginia Wade in 1977 when she won in the USA, added: “After Wimbledon I was ranked around 200 in the world, and at the time I thought Andrew would be a great coach to trial.

“We went to the States, but never did I even dream of winning the US Open and having the run I did.

“Now I’m ranked 22 in the world, which is pretty crazy, and at this stage in my career and playing the top players in the world, I need someone who has been at that level.

“I don’t have anyone in mind. I’m just hitting with partners. In the pre-season I’m going to trial coaches, or when I’m done with whatever tournament.”

Former British Davis Cup player Richardson, who coached Raducanu in her early years at Bromley Tennis Centre, was the man picked by she and her parents to go to America to guide her through the build-up to the US Open and the tournament itself because of their familiarity with one another.

And it was Richardson, 47, who Raducanu climbed into the players’ box at Flushing Meadows to embrace after her win in the final against Leylah Fernandez.

Raducanu has switched coaches before, parting with Nigel Sears after reaching the fourth round at Wimbledon this year.

An early contender to take up the role as Raducanu’s new coach is renowned Australian Darren Cahill, who previously coached Andre Agassi and Lleyton Hewitt, and recently split from working with former world No 1 Simona Halep. 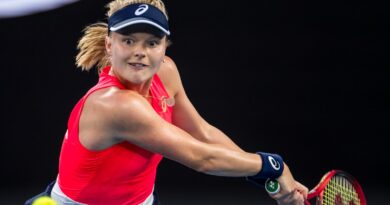 Global travel a millstone for tennis in the time of pandemic