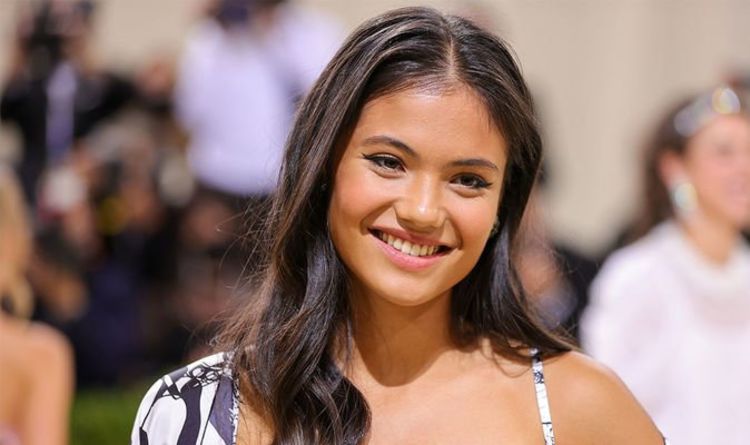 The 18-year-old has shot to stardom seemingly overnight after she ended Britain’s 44-year wait for a women’s Grand Slam singles victory. She beat Leylah Fernandez to win the US Open in historic style. Raducanu served for the match at 5-3 but cut her leg as she went a break point down — leading to a timeout and medical attention.

But she quickly regained momentum and went to win a 6-4, 6-3 over her 19-year-old opponent.

A torrent of media attention followed, with attention now turned towards the career path that has unfurled before her.

It is one that experts say is covered in brand deals and, more importantly, money — millions of pounds of it.

While she would have picked up $2.5million (£1.8m) in prize money for winning the US Open, one sports marketing expert has suggested the next two years have around $27.7 million (£20m) in store for her.

British Vogue has already made her its October edition’s cover, with major global brands in everything from fashion to cars and jewellery expected to arrive at the doors of IMG, her management company.

Mr Lopez told Reuters: “There is no limit in what she can achieve on the court.

“She’s hugely in demand already but to follow that up with continued success in the majors in tennis will see her rapidly become one of the most marketable athletes on the planet.”

Japan’s Naomi Osaka earned £39m in the past year, not including prize money, according to Forbes magazine.

Mr Lopez said Ms Raducanu, whose mother Renee is Chinese, shares the same marketing appeal as Ms Osaka whose mother is Japanese and father is Haitian.

He said: “If you use that as a yardstick not just because of their career trajectory but also their shared appeal and that they are both engaging and from mixed heritage backgrounds.

“That’s a huge benefit from a brand perspective, from an eyeballs point of view there is no bigger market to tap into.”

Yet, the sudden fame and fortune many athletes experience can result in negative outcomes.

Emma Raducanu’s tennis club erupts in celebration as she wins US Open [REPORT]
Emma set to become the ‘biggest name in tennis’ after US Open victory [INSIGHT]
Emma Raducanu parents: How her father is her secret driving force [ANALYSIS]

When she won back-to-back Grand Slam titles in 2018 and 2019, Ms Osaka became a global phenomenon overnight, her face plastered everywhere.

Photographs flooded social media this week of Ms Raducanu next to a giant billboard of herself on New York’s Times Square.

Conrad Wiacek, head of sport analysis at GlobalData, told Reuters: “Her victory takes her way beyond tennis and sport in terms of marketability.”

Many came to Ms Raducanu’s defence after she dropped out of Wimbledon mid-game due to a sudden illness this summer.

John McEnroe, commentating for the BBC during the match, suggested that she found playing in the last 16 of the tournament “a little too much” and could not handle the high pressure situation.

He said: “It appears it just got a little bit too much, as is understandable, particularly with what we’ve been talking about this over the last six weeks, with Naomi Osaka not even here.

“How much can players handle?

“It makes you look at the guys that have been around and the girls for so long – how well they can handle it. … We have to appreciate the players that are able to do it so well, and hopefully she’ll learn from this experience.”

Alja Tomljanovic, her opponent, hit out at the three-times times men’s champion, and when asked about his comments, said: “I can’t imagine being in her shoes, at 18, playing a fourth round in your home country.

“It’s something I can’t even imagine.

“For him to say that, it’s definitely harsh.

“I have experienced something similar but not to that extent. I know that it’s a real thing.

“I’ve spoken to athletes that have gone through that. It’s not easy.” 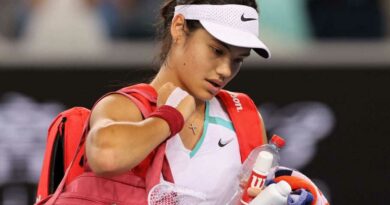